While we were in Sonoma 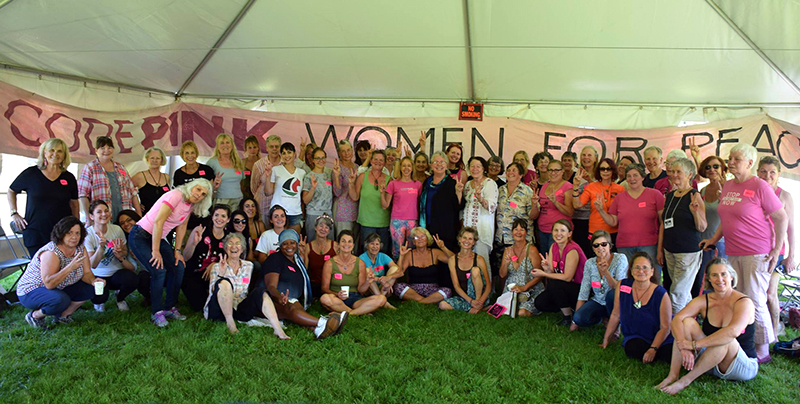 Last Saturday we gathered under bright blue Sonoma skies for a Peace Camp. But as we celebrated our peace-loving community, disaster was pummeling the Houston, TX  area. Dozens have lost their lives, and Hurricane Harvey is estimated to be one of the U.S.’s most costly storms — even before calculating the irreversible environmental damage caused when the storm hit oil refineries.

Our oil-based economy and out-of-control militarism are both major contributors to the climate chaos we are now experiencing. And the massive funds we spend on the Pentagon rob us of the resources we need to move beyond an oil economy, and the resources we need to support the victims of global warming as we transition to a clean, green, peace economy.  Take the pledge to become part of our upcoming Divest from the War Machine campaign.

Since most of you were unable to join us at the Peace Camp last weekend, here are some highlights from our time in Sonoma Valley:

As we send love to the people of Houston, Texas, and support for a just transition after this climate change disaster, we increase our commitment to create a fossil-free, war-free, just and peaceful world.

P.S. There are a few days left to register for CODEPINK’s October trip to Cuba. Sign up now!