What do you think of these 10 challenges for Biden? 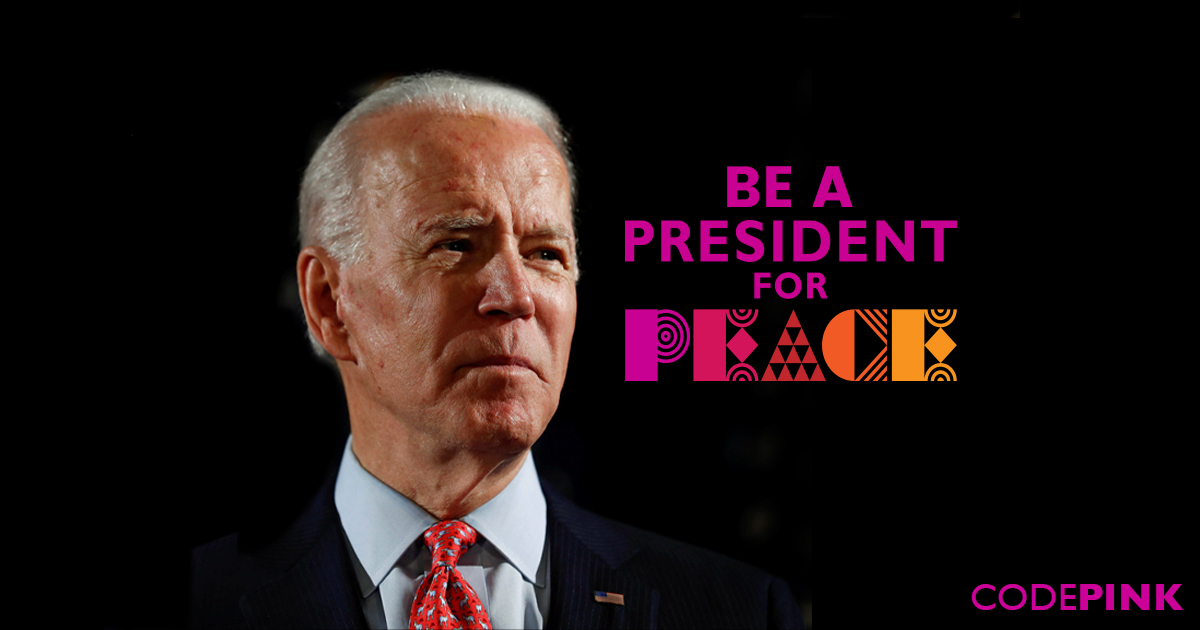 How are you feeling after this nail-biting election? Relieved? exhausted? apprehensive? Many of you have joined us on social media, sharing your thoughts about the election results and what the next four years may bring. You’ve expressed joy at Donald Trump losing and worry that when it comes to foreign policy, Joe Biden will bring more of the same—militarism and endless war.

That’s where we—the peacemakers— come in. Just as grassroots groups around the country are pushing Biden to embrace visionary policies such as a Green New Deal and Medicare for All, we have to push him for a new foreign policy, a feminist foreign policy that replaces militarism with international cooperation and diplomacy.

We are already pushing Biden to appoint peacemakers to his cabinet. We’re pushing Biden to stop U.S. support for the war in Yemen on day one. And we’re putting forward an exciting 10-point call for the Biden administration to re-envision U.S. policy from a feminist perspective. Add your name to endorse our 10 Challenges for Biden and we will deliver it while he considers his cabinet and policies.

U.S. relations with the rest of the world must be based on respect, cooperation, and diplomacy—not war. We are challenging President-elect Biden to agree to:

Joe Biden promised us during his campaign that he would return our country to “normal.” But does “normal” mean kowtowing to weapons manufacturers, retaining bloated Pentagon budgets, continuing support for Israeli apartheid, imposing neoliberal policies on Latin America, creating a new conflict with China?

No. We have to redefine “normal” as a country that stops arming human rights abusers, develops a just and principled foreign policy towards Palestine/Israel, acts like a good neighbor to Latin America, stops the new cold war with China, slashes Pentagon spending, and more.

So let’s start the transition to a just foreign policy before Biden gets to the White House. Join us today in supporting the 10 challenges that would make Biden a President for Peace, and would bring a feminist vision of the world into the White House.