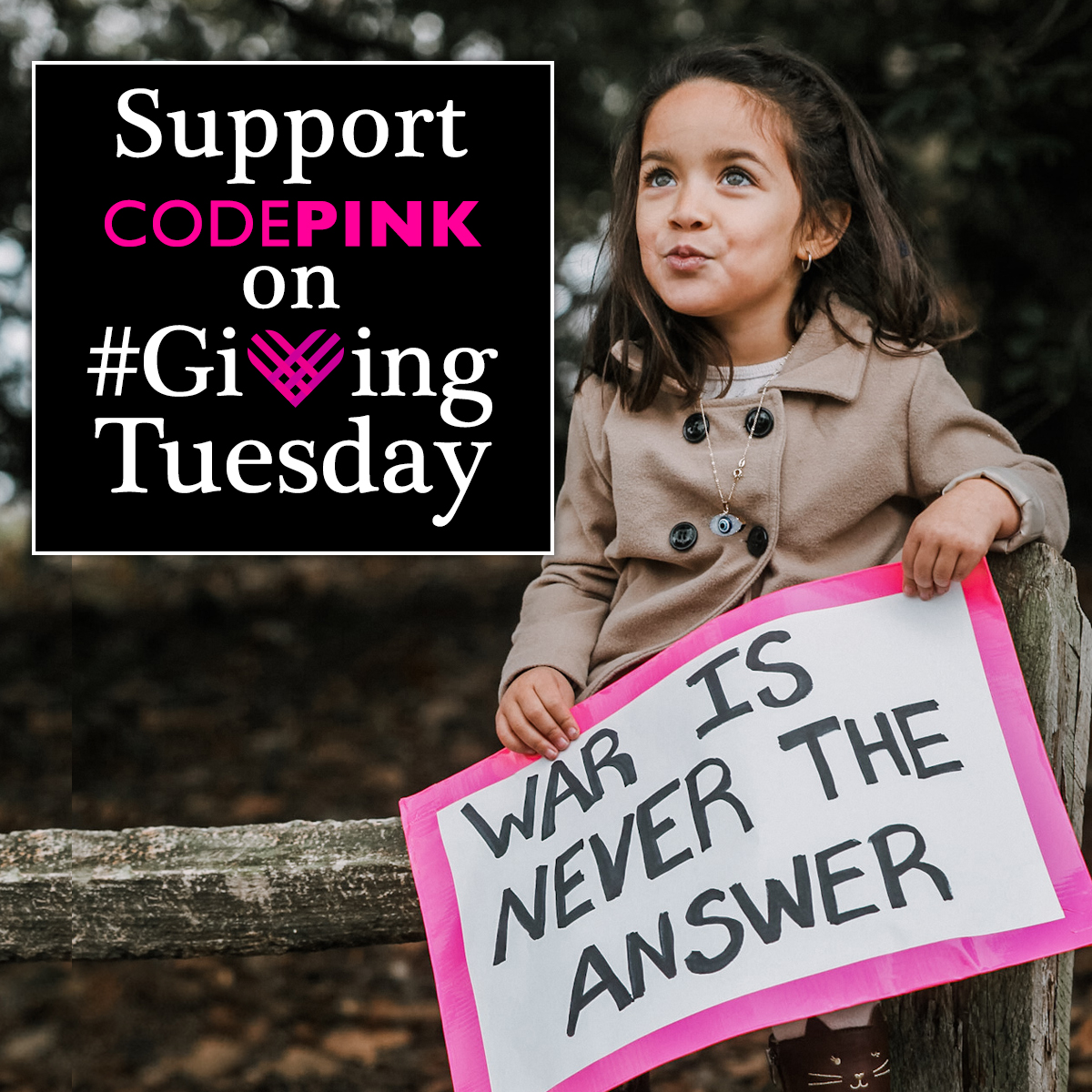 Tomorrow is #GivingTuesday, and this is likely one of many emails you’ll receive asking for your financial support. CODEPINK depends on your financial support, but we also need more. We want to inspire, engage, teach, learn, be engaged and be inspired. Whether you consider yourself a fan of CODEPINK or a fellow CODEPINKER (it’s easy to be both!), we want more people to be more involved. Financial support helps us continue our work. Being engaged helps us grow as a movement. If lots of people do both, we'll start the next decade as a strong, united movement for change.

Through our work, we have met countless amazing people, from lifelong activists, to inspiring youth, to those who are fairly new to activism but eager to do their parts. If you volunteer with CODEPINK or join one of our actions, we guarantee you’ll meet someone remarkable and want to do it again. There are all kinds of ways to engage: in-person actions, to online and social media actions, including blogging, listening to and sharing our radio program and webinars, and much more. Sign up now to volunteer with us, and yes, it’s #GivingTuesday, so if you can offer financial support, please do.

The time to join and support us is now. The world is in turmoil and the specter of climate catastrophe looms. As alarming as this is, as anxious as it can make us feel, we should also recognize it as an opportunity. People all over are rising up against the status quo in the hopes for a better future. Whether it’s Palestinians resisting an ongoing genocide, Chileans on the streets protesting neoliberalism, or Americans resisting an increasingly repressive government and fighting for Black lives, immigration and climate justice, there’s a growing sentiment around the world that now is the time to change our systems. War, patriarchy, homophobia, racism, climate change and capitalism are becoming more and more widely rejected by our society.

CODEPINK has been at the forefront of these struggles for nearly two decades, and we’re leading the way on articulating what a feminist, peace-based foreign policy should look like. How are we doing that? Well, among other things, we’re forging ties between the peace movement and the climate movement by unmasking the links between climate change and militarism; helping local activists from around the country organize to lobby their cities to divest from the war machine; standing up to coups driven by greed and empire; spotlighting the viciousness of war and economic sanctions; and amplifying the voices of women who are harmed by U.S. foreign policy, whether in Palestine, Yemen, Bolivia or right here at home (imagine what we could do for vulnerable Americans if we slashed the Pentagon budget!). We can’t do what we do without you and your support. Please give and help us continue to make peace a priority. 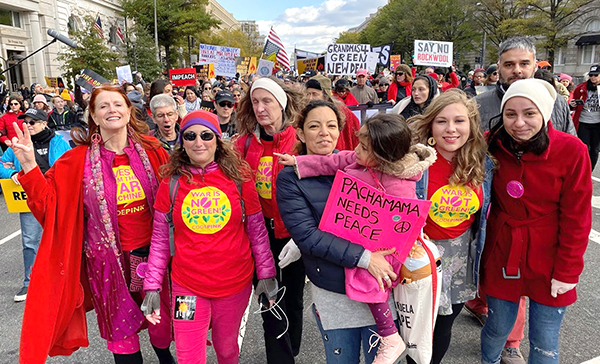