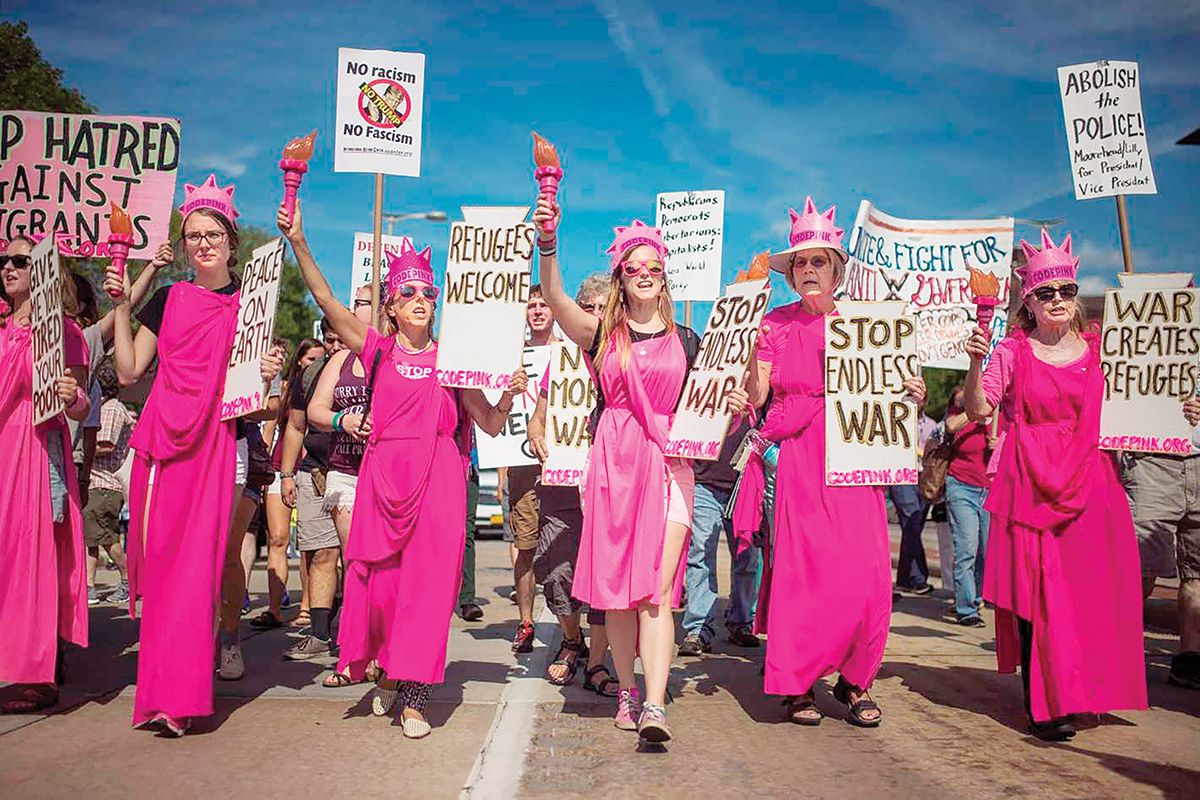 For many of us, our hopes and dreams for 2017 became distinctly darker with the election of Donald Trump and a Congress dominated by those who will do nothing to check his hateful agenda. As Trump populates his cabinet with warmongers and right-wing ideologues, the prospect for massive injustices at home and more violence abroad becomes imminent.

But now is not the time to let our sadness and despair relegate us to the sidelines. Support CODEPINK with a donation today to help us build a massive & effective movement to Rise, Love, Resist the divisive Trump agenda!

Whatever the next four years bring, CODEPINK will be there to bear witness and speak truth to power. With our recent mobilization in support of #NoDAPL and our upcoming IraqTribunal to document #TheLies and #TheCosts of that war, we’re out front with our message: “From Iraq to Standing Rock – No Blood for Oil!” Your donations allow us to support local leaders across the country to organize high-profile actions, come together in coalition with groups across justice movements and grow local peace economies to build the alternative to the destructive war economy.

Your support allowed CODEPINK to speak out in 2016 and bring awareness and opposition to the toxic U.S.-Saudi relationship, the United States’ “blank check” support for Israeli apartheid, and to stand with the international movement to check the spread of U.S. military bases. You helped us get out on the campaign trail to push ALL the candidates towards adopting our peace platform. And you made sure we were at the Republican and Democratic National Conventions, speaking out against policies and positions that are detrimental to people, the planet, and so much more.

Your donations ensure that we’ll be able to continue to be a voice of resistance and peace in  2017 and beyond. Please support CODEPINK with a tax-deductible year-end donation today!

Thank you for all you do to ensure that CODEPINK and our vision for peace are alive and visible in our communities and across our nation every single day.

P.S. The #IraqTribunal is about to get underway. Join our Thunderclap to help spread the word about this critical moment to create a roadblock to Trump’s war by documenting #TheLies and #TheCosts of the war in Iraq!