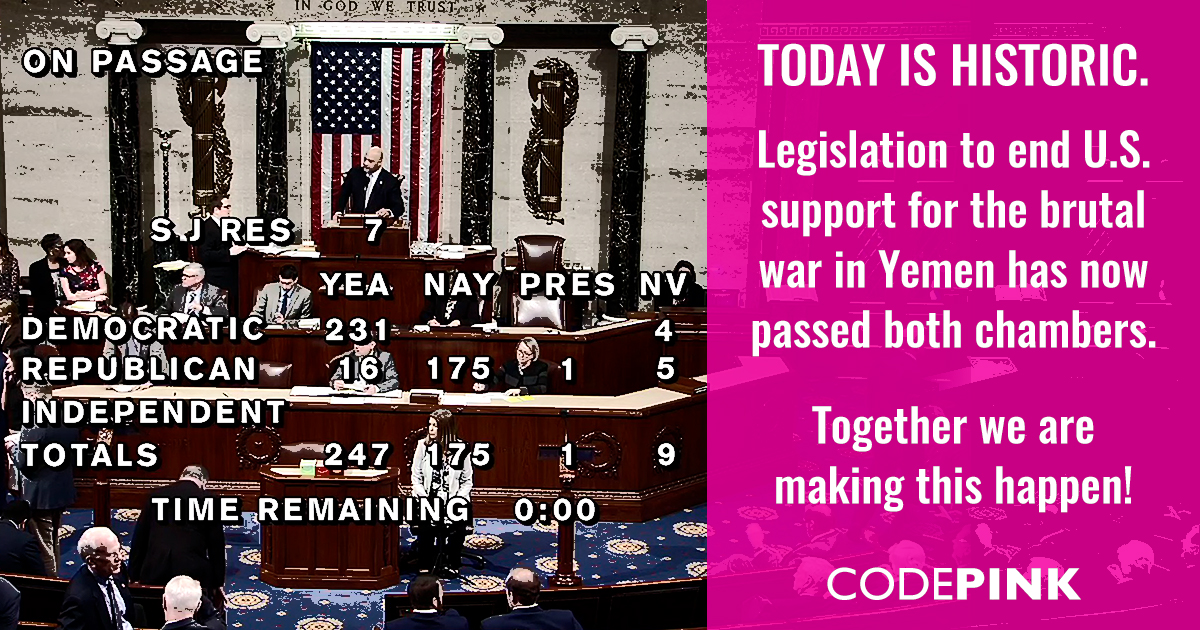 We are so happy to share this wonderful news with you. This afternoon, the House had their final vote on S.J.Res.7 to end U.S. support for the brutal Saudi-led war on Yemen. The outcome was 247 to 175 in favor! 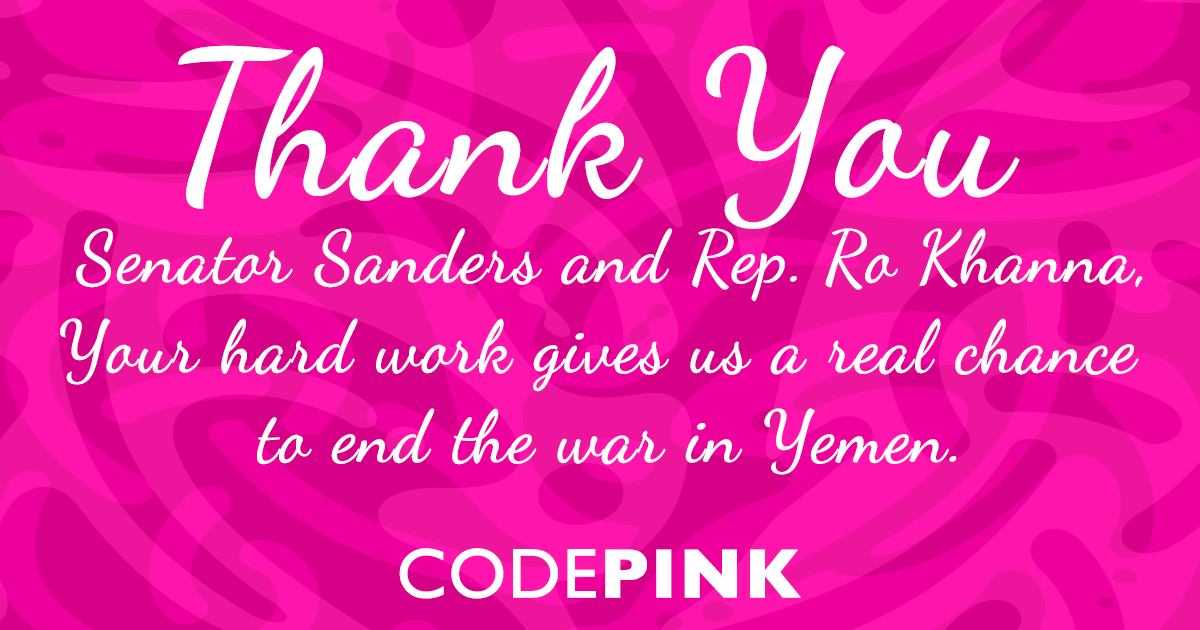 With your help, we have been working to end the war on Yemen for over four years now. This victory would have never happened without two champions in Congress who have been working tirelessly on this issue: Bernie Sanders in the Senate and Ro Khanna in the House. We appreciate all they have done to make this happen and are sending them a thank you card. Would you add your name to the card? We will deliver it to their offices on Monday.

The war in Yemen is so horrific that every ten minutes a Yemeni child dies of malnutrition and the UN has deemed the crisis in Yemen to be the worst humanitarian disaster on earth. But we finally have the momentum to end U.S. involvement.

Shortly after this momentous vote, Senator Bernie Sanders and Representative Ro Khanna said, “Today, the U.S. House of Representatives took a clear stand against war and famine and for Congress’ war powers by voting to end our complicity in the war in Yemen. This is the first time in the history of this nation that a War Powers Resolution has passed the House and Senate and made it to the president’s desk. Despite the many procedural roadblocks deployed in both chambers to block this resolution, commitment to human rights and Congressional responsibility prevailed. Finally, the U.S. Congress has reclaimed its constitutional authority over matters of war and peace."

Now the resolution goes to President Trump’s desk. He has promised to veto it, but we are hopeful that either he will change his mind--as he is known to do--or we will get a two-thirds vote overriding his veto.
If we find ourselves working on a veto override vote, we know we can count on Sanders and Khanna to work tirelessly again. Would you add your name to our thank you card to Sanders and Khanna for all their work?

Along with Sanders and Khanna, it was the grassroots pressure you placed on Congress that made this happen. We all deserve to celebrate. But let’s remember that the war is not over. We must still commit to a lasting peace process and the rebuilding of this shattered nation.