Was there anything good about 2019? 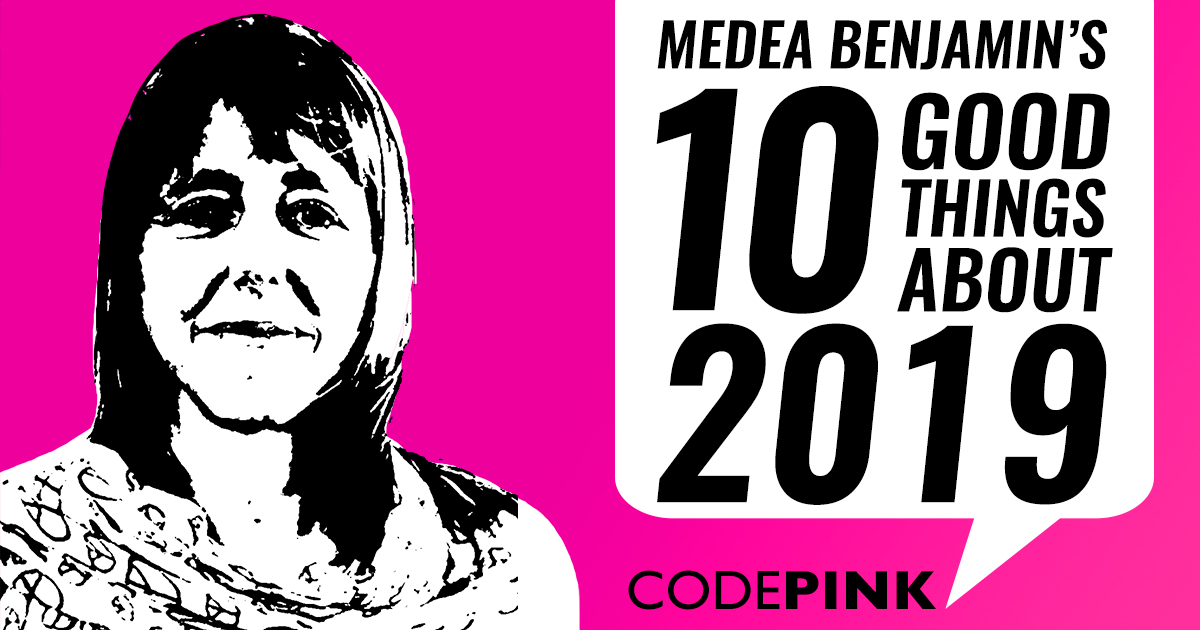 Impeachment, Trump, sanctions, coups, threats of war. It’s hard to think about 2019 without getting depressed. But yes, there were hopeful things that moved us in a positive direction. I wrote about ten to inspire us as we move into 2020. Here is a sampling:

Read my annual 10 Good Things in its entirety here.

We’re on the eve of the new year and our work is about to get even more intense. Four more years of Donald Trump will be devastating for our nation and our world. We need all our energy and we will need all of you to help stem the tide of fascism. Please consider making an end of year tax-deductible donation to support CODEPINK’s work in the coming year. Anything you donate today will be matched dollar for dollar.

For a tiny organization, CODEPINK makes a HUGE impact. We take on the world’s biggest warmongers and the military-industrial complex with fearlessness, humor, and beautiful troublemaking. Watch our "Pink Year in Review" video here. You can also join our peacemaker team to take on tasks that match your skills, or a divestment campaign locally. The perfect way to kick off a new year dedicated to peace!

With your help, we can make 2020 the year that we turn the tides to a more peaceful world. Please support our work — today is the last day to have your gift matched!