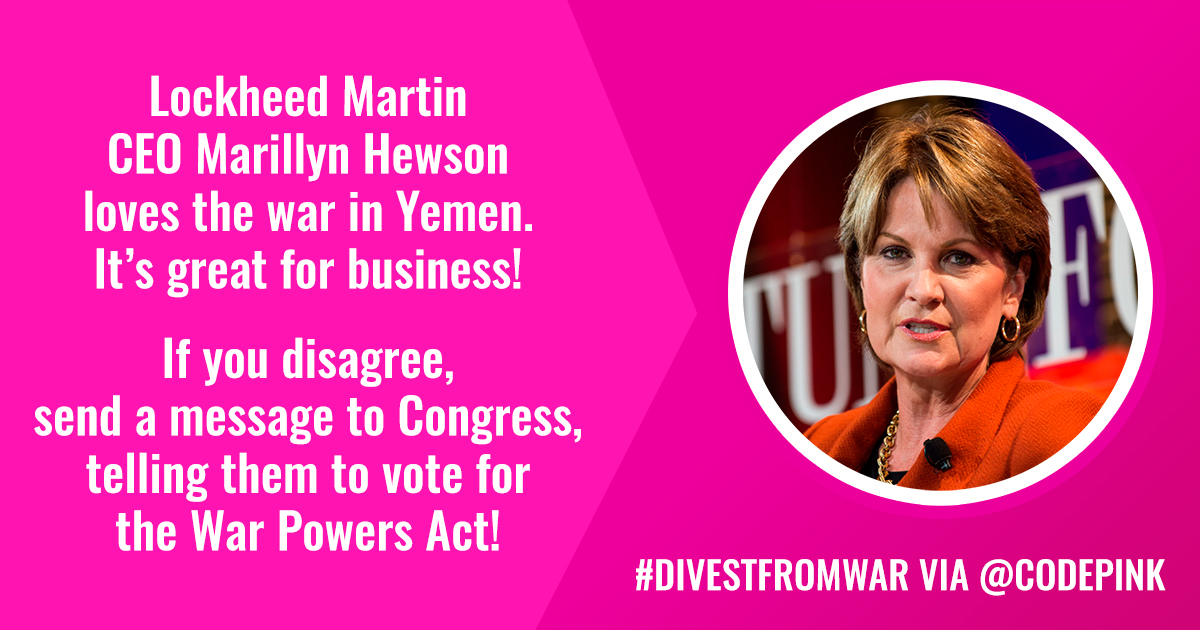 On August 9, a US-made Lockheed Martin bomb was dropped by Saudi Arabia on a Yemeni school bus. Forty-four young children were killed.

The US-supported Saudi-led war and blockade has pushed Yemen to the brink of famine. It has caused the worst cholera outbreak on record, and the largest humanitarian crisis of modern times. Every 10 minutes a child in Yemen dies of preventable causes like malnutrition and diarrhea. When UNICEF's director was asked how to end Yemen's humanitarian catastrophe, he simply said: "Stop the war."

The best impact we can have to stop the war is by ending US weapons sales to Saudi Arabia.  Tell your representative in Congress to cosponsor and vote YES on the War Powers Resolution, a bipartisan House resolution calling for an end to the unauthorized U.S. participation in the Saudi-led war on Yemen.

ARCHIVED SAUDI ARABIA YEMEN
Do you like this page?