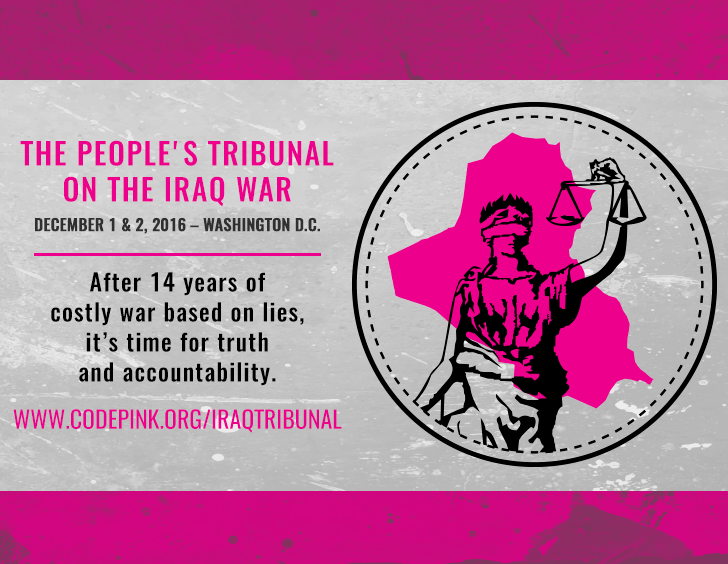 The need for transparency is more important than ever, as we come closer to having an administration which is seen as volatile, untrustworthy and racist as President-elect Trump’s. Today, we’ll kick off the People’s Tribunal on the Iraq War with a day full of testimony on the lies that misled us into an unjust and immoral war.

Join us via livestream and social media to expose #TheLies that lead us into Iraq!

Today’s testifiers will include:

Please join us via livestream to explore #TheLies that lead us into war in Iraq.

After you watch, call on Obama to create a Commission on Truth and Accountability!

P.S. Visit this page for suggested social media to post throughout the day.