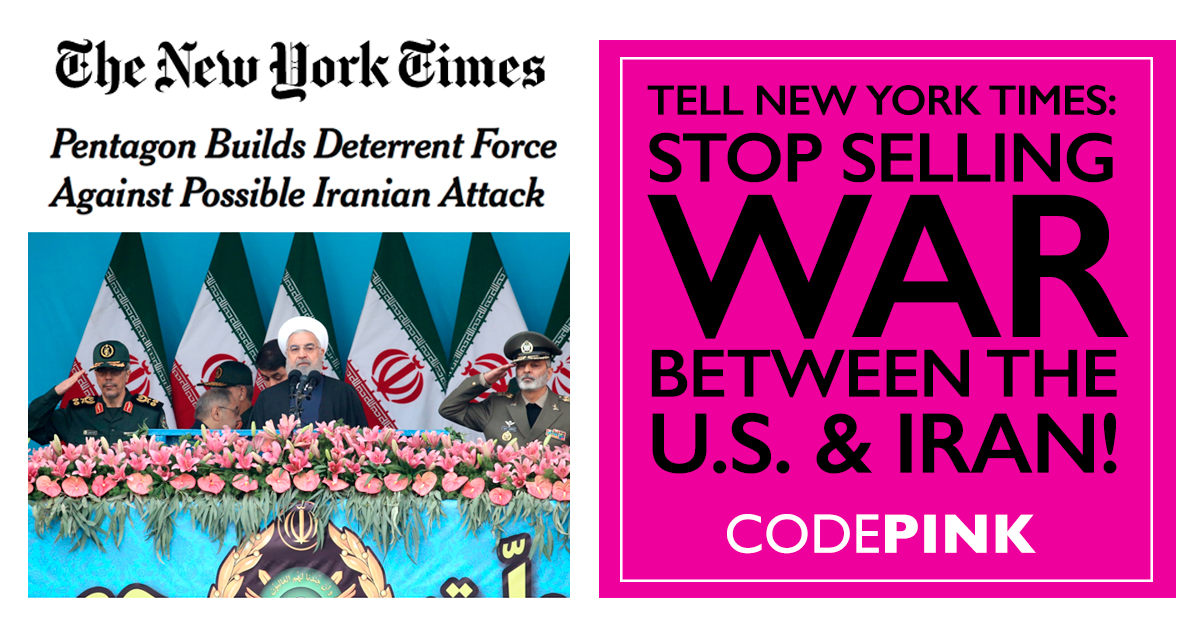 I wake up each morning with a sinking feeling in my stomach. The two countries I call home — the U.S. and Iran — are on the brink of going to war. U.S. warships have raced to the Persian Gulf, B-52 bombers are ready at the U.S. Al Udeid air base in Qatar, and Warhawk John Bolton’s plan to activate to up 120,000 troops is being reviewed right now by the White House. To top it off, major news outlets — even the New York Times — are supporting the misleading claims by Bolton that Iran attacked Saudi oil ships and might be planning to attack U.S. forces in the region.

We’ve been through this before. In 2002, the mainstream media helped the Bush administration sell its war with Iraq to the American people. Now 17 years later, the New York Times and others are at it again, joining a propaganda campaign to sell war with Iran.

Send a message right now to the New York Times. Tell them they are obligated as a media leader not to publish lies and misinformation. Demand they not be complicit in selling a war between the U.S. and Iran.

I’m terrified and you should be, too. Just look at some of the atrocious headlines from this past week. 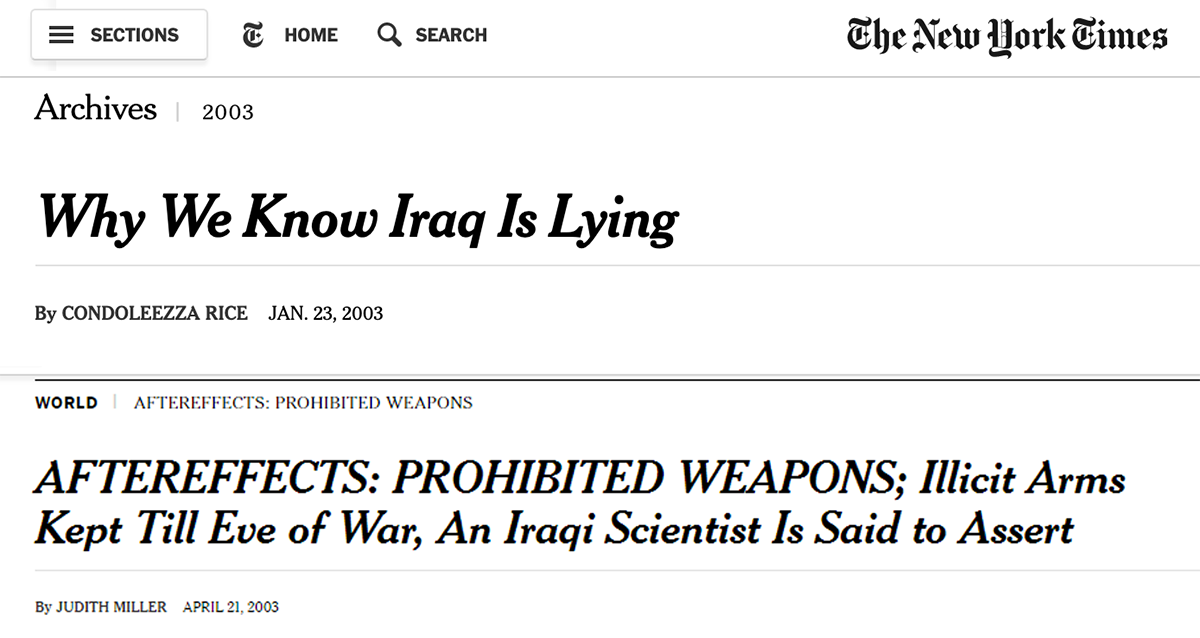 Since Donald Trump came into power two years ago, he has been building towards war with Iran and his National Security Advisor John Bolton has been plotting war with Iran for decades. In 2015, Bolton even wrote an article in The New York Times titled, To Stop Iran’s Bomb, Bomb Iran. While the world is still dealing with fallout from the Iraq war, it’s shameful that The New York Times would repeat Bolton’s false statements instead of doing its job to question, analyze, and debunk the lies. As a leading media publication, the New York Times must not repeat the same mistakes that lead to the U.S. war with Iraq. Send them a message now!

Along with endlessly worrying that at any moment there will be war in Iran, I’ve been communicating with friends and family there. They tell me of their struggles to pay for food and medicine because of U.S. sanctions. My aunt, who lives in Tehran and can no longer visit us in the U.S. because of the travel ban, tells me that there is a widespread fear all of a possible U.S. invasion in every conversation.

A war with Iran would be catastrophic for the entire world. We need to make our voices heard not just to the warhawks in the White House, but also to those in the media who are helping spread lies and sell war to the American people. Contact the New York Times now.

P.S. CODEPINK is travelling to Iran in Fall of 2019. Email Lily for more information.