Two wars with one naval interception? 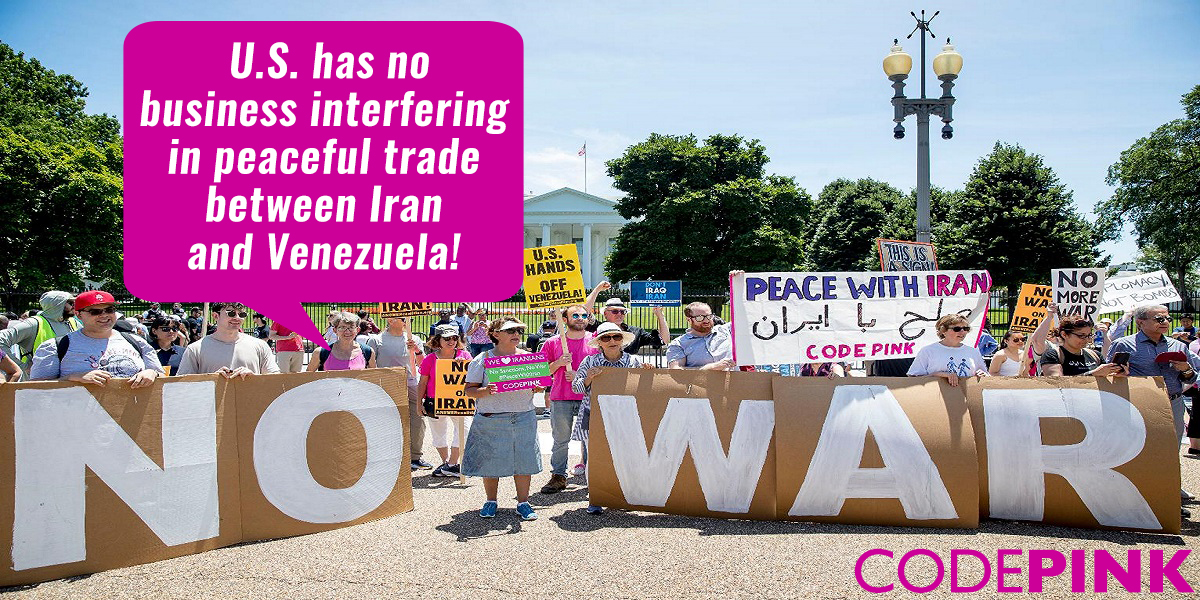 The Trump administration is saber rattling, again. Five Iranian trade ships are on their way to Venezuela as the two countries are engaging in trade in order to overcome the brutal sanctions imposed by the U.S. Unfortunately, senior administration officials have called this trade “unwelcome” and threatened to take “measures” in response, an ominous warning given that the US Navy is already deployed in the Caribbean and has threatened to shoot down Iranian ships in the seas outside their own country.

Both Iran and Venezuela are subject to what Trump calls “maximum pressure.”  Now the Trump administration could start a war or deadly military actions against both countries if it intercepts the trade ships.

The U.S. has no business interfering in peaceful trade between two countries.

Sign this petition telling Defense Secretary Mark Esper not to intercept the ships, as it would be seen as an act of piracy and could lead to war!

It’s no secret why Venezuela and Iran are trading: the U.S. sanctions. The people, economies and health sectors of both countries have been devastated by sanctions, and the U.S. is targeting businesses that trade with either. That leaves them little choice but to trade with each other. Iran is sending oil refinery technicians and gasoline to Venezuela in exchange for gold. Iran faces a cash deficit and Venezuela has a fuel shortage (after the Trump administration abruptly cut it off from purchasing chemicals needed to make gas last month), so it’s trade that makes sense for both, particularly in the context of the Covid-19 pandemic.

There’s nothing alarming or nefarious about a gasoline for gold trade, but the Trump administration is doing everything it can to criminalize something countries do on a daily basis. Venezuela noted that any action against the ships would be a violation of international law, while Iran warned of a “quick and decisive response” should the ships be confronted — a potentially catastrophic situation.

Tell Defense Secretary Mark Esper that Iran and Venezuela should be able to trade in peace. Gold and gasoline are not worth starting a war over!

Iran and Venezuela have a lot in common: they’re both nations that have opposed U.S. hegemony and have faced U.S. regime change efforts for decades. At CODEPINK we stand in solidarity with the Iranian and Venezuelan peoples as they confront sanctions and threats of war. The U.S. government should fight Covid-19, not Iran or Venezuela!