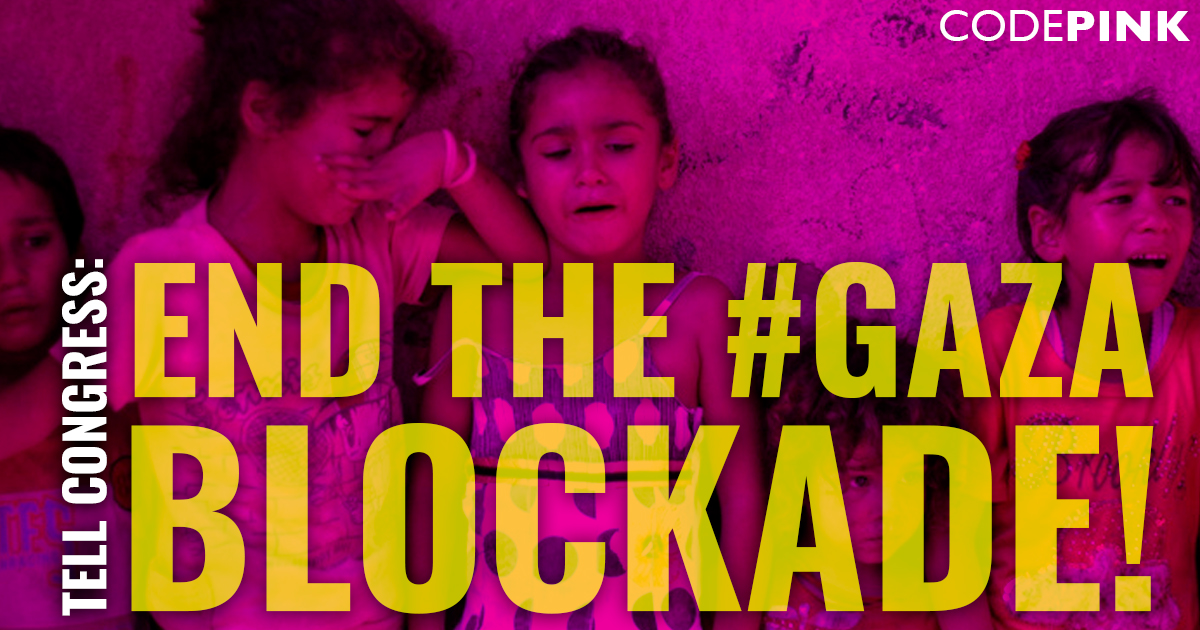 It just happened again. Israel carried out another bombing campaign in Gaza. Twenty-five Palestinians — including two pregnant women, one baby, and one toddler — were killed. Four Israelis were also killed. We mourn the loss of all life and send love to the grieving families, but we cannot stop there. We must recommit to addressing the root cause of this violence: the 12-year-long siege of Gaza that is sustained by U.S. military aid to Israel.

As long as our government continues to provide Israel with financial assistance and diplomatic shielding, we are responsible for what is happening in Gaza. Will you take a moment to tell Congress to condemn the latest bombing campaigns and take action to bring an end to the violence and finally achieve peace.

With a fragile ceasefire reached, this latest bombing campaign is over, but that just means the Israeli occupation will return to business as usual, which means inflicting a slow death on the Palestinian population.

Here’s Gaza by the numbers:

It is nearly impossible to leave Gaza. When Israel drops bombs, they do so on captive population unable to flee. Even when Israel isn’t engaging in a sustained bombing campaign, Palestinians in Gaza remain unable to travel freely to visit family, pursue their education, or receive medically necessary treatment. The shortages of life-saving medicines, food, electricity, and clean water make life unbearable. When people have mobilized to peacefully protest for their basic rights, Israeli snipers shoot them.

Only one member of Congress has spoken out against this violence — Representative Ilhan Omar tweeted: “How many more protesters must be shot, rockets must be fired, and little kids must be killed until the endless cycle of violence ends? The status quo of occupation and humanitarian crisis in Gaza is unsustainable. Only real justice can bring about security and lasting peace.”

Join us in asking the rest of Congress to follow Rep. Omar’s lead: condemn the recent violence and status quo of slow death by occupation and siege.