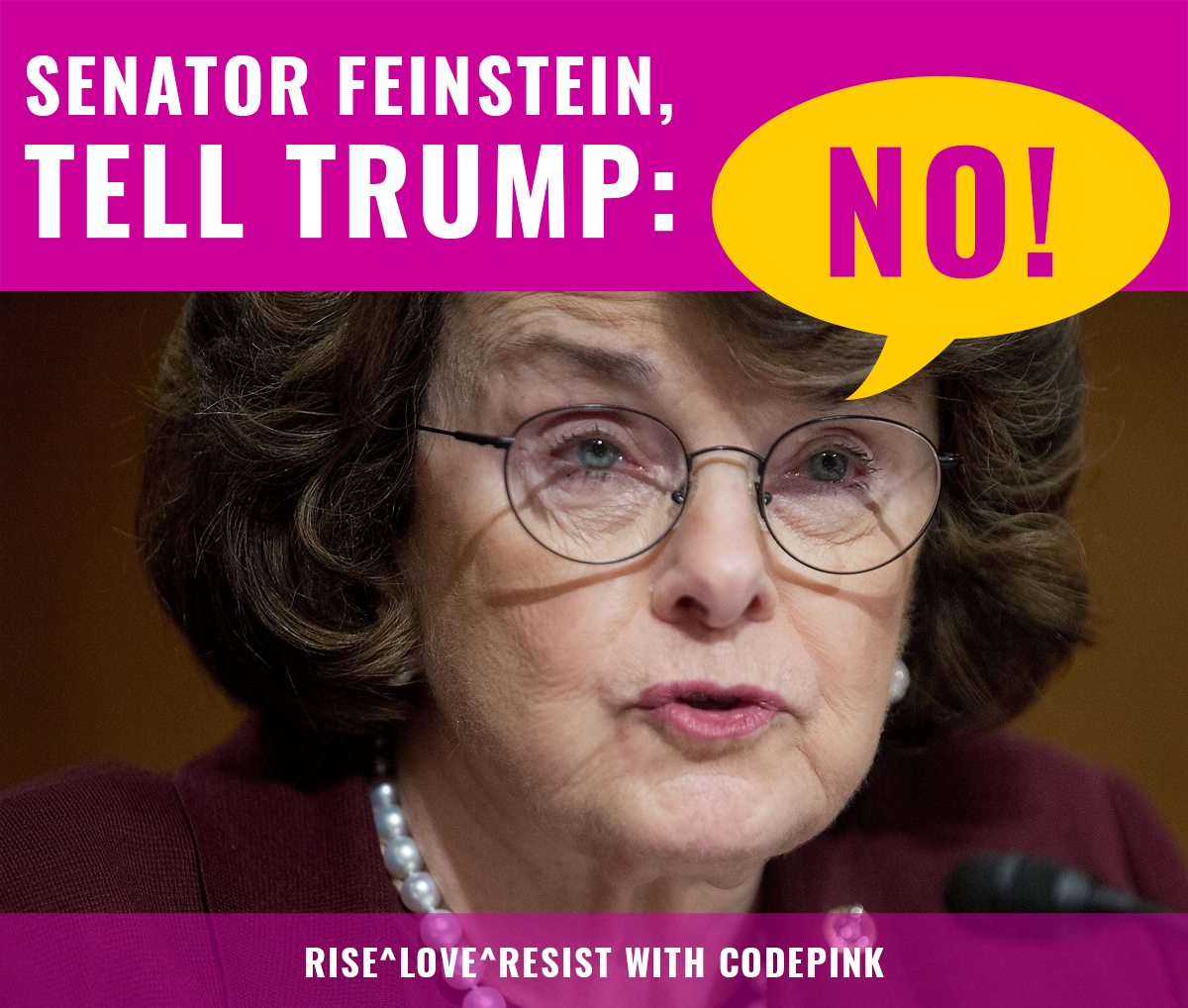 With California's senior Democratic Senator, Dianne Feinstein, having voted in favor of five of Trump's nominees the following event is announced. Last weekend, we had 200 constitutes show up. Now, this Sunday let’s turn out in larger numbers!

We have a simple and powerful message for Sen. Feinstein: Tell Trump No!

Feinstein must represent unwavering San Francisco and California values and also twist the arms of fellow Democrats and moderate Republicans to stop Trump's dangerous agenda. All activists concerned that Feinstein is not adequately putting forward strong resistance to the Trump agenda are asked to join us.

We welcome everyone who wants more transparency and communication with their representatives to join us in demanding public town halls with all elected officials.