The Olympics and 40 Years of International Implications—“Miracle On Ice” 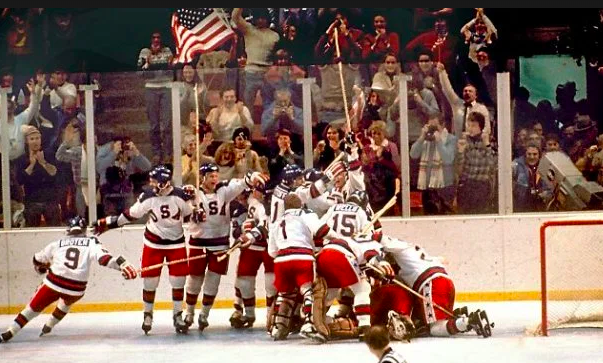 Photo of US team after winning goal against the Soviet hockey team in the 1980 Winter Olympic Games. www.twincities.com

Ah, the memories of the Olympics and their international implications…

40 years ago, in February 1980, I was the announcer of the Luge events at another Olympic Games with international implications--the 1980 Winter Olympic games in Lake Placid, New York!

As the announcer of the luge competition, one of the many sports in the XIII Winter Olympic Games, I received a pass to the February 22, 1980 great "Miracle on Ice!"  ice hockey game which became one of the most dramatic upsets in Olympic history, with the underdog U.S. hockey team, made up of college players, defeating the four-time defending gold-medal winning Soviet team.

Only two months before the 1980 Winter Olympic games, in December 1979, the Soviet Union had invaded Afghanistan.  The hockey game victory by the young U.S. team was heralded by many as a symbol of U.S. and international rejection of the Soviet invasion.

The after-effects of the Soviet invasion continued to manifest in the Olympic world.  Five months later in the controversial decision among U.S. Olympic athletes, the Carter administration decided the U.S. would boycott the 1980 Summer Olympics that were held in Moscow.

But …back to the 1980 Winter Olympic Games in Lake Placid—and more international implications. 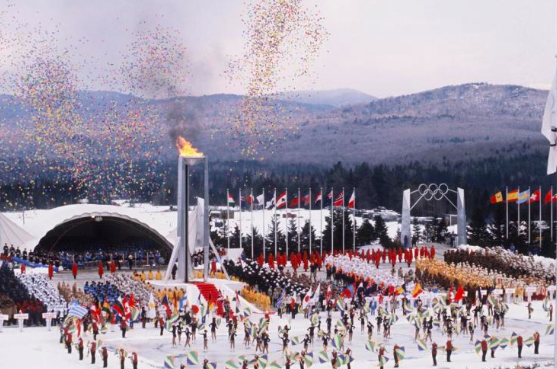 As the Canadian Olympic team entered the Opening Ceremonies arena, the team got a standing ovation from the U.S. audience.  The role of the Canadian Embassy in smuggling six U.S. diplomats out of Iran had been released on two weeks before on January 30, 1980.  The six had evaded capture by Iranian students and had been hidden by Canadian diplomats. The movie “Argo” chronicles the Canadian embassy’s critical role in the protection of U.S. diplomats during that period.

The US Embassy in Tehran had been seized by students 0n November 4, 1979 following the February 1979 Iranian Revolution against the US-allied dictator, the Shah of Iran. 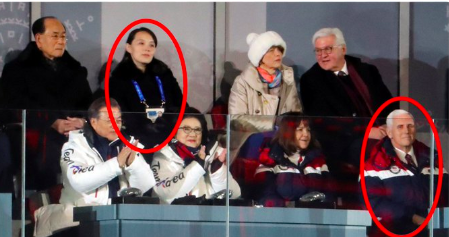 Two years ago in February 2018, the attendance of Kim Jung Um’s sister, Kim Yo-jong,  in the Opening Ceremonies of the 2019 Winter Olympic Games in South Korea began a series of international openings of the North Korean government with the United States that resulted in three meetings with the President of the United States, a major breakthrough in international relations for both countries and the region, despite Vice President Pence being seated one row away and failing to acknowledge. Kim Yo-jong was the first member of North Korea’s ruling family to visit South Korea since the end of the 1950-53 Korean War.

In another important international relations outgrowth of the Olympics Games, the 2018 Winter Olympic games saw a unified Korea team with participants from both North and South Korea.

As the 2020 Summer Olympic Games are held in Tokyo in July, who can predict what the international implications may be, but with major international tensions with China, Russia, North Korea and Iran, the possibility of remarkable situations is high.

About the Author:  Ann Wright served 29 years in the US Army/Army Reserves and retired as a Colonel.  She also served 16 years as a U.S. diplomat in U.S. Embassies in Nicaragua, Grenada, Somalia, Uzbekistan, Kyrgyzstan, Micronesia, Afghanistan and Mongolia.  She was on the small team that reopened the U.S. Embassy in Kabul, Afghanistan in December 2001.  She resigned from the US government in March 2003 in opposition to the U.S. war on Iraq.