The Embargo Deepens as Adobe and Oracle leave Venezuela 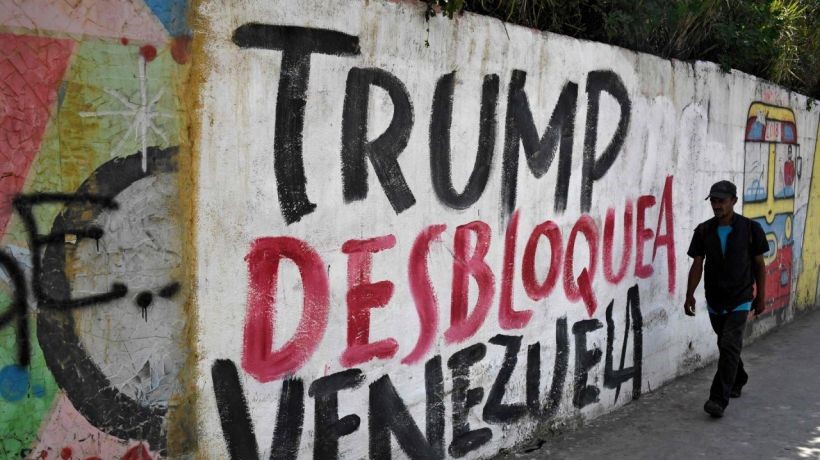 On October 7, users of Adobe software products in Venezuela began receiving messages saying that the company would no longer provide them with services, citing U.S. government sanctions (specifically Executive Order (E.O.) 13884). Over the next four days, Flickr, TransferWise and Oracle informed Venezuelan users that they, too, would cease services due to E.O. 13884. This could be the beginning of a broader U.S. corporate pull out of Venezuela and is more evidence that Venezuela is under embargo, as both the Maduro government and The Wall Street Journal have stated.

E.O. 13884 constitutes an embargo as it prohibits transactions with the Venezuelan government. It also threatens secondary sanctions on companies that “materially assisted, sponsored, or provided financial, material, or technological support for, or goods or services” to the government. However, nothing in this unilateral coercive measure prevents the aforementioned companies from doing business with private citizens in Venezuela. What’s yet to be determined is whether these are cases of “overcompliance” or whether the U.S. government has begun pressuring companies to leave.

Overcompliance refers to when corporations obey sanctions that do not apply to them, sometimes out of fear of noncompliance, but also as a business decision since sanctions indicate a hard-line policy posture that may come to affect their bottom line. The Trump administration’s application of increasingly stringent sanctions on Venezuela reflects a doubling down on its regime change efforts, which serve as a clear signal to businesses that investments in Venezuela carry greater and greater risk. Overcompliance has led banks and financial service providers to freeze Venezuelan accounts or refuse to process Venezuelan financial operations, even transfers for the purchase of food and medicine.

The departures of Adobe and Oracle will harm ordinary Venezuelans more than they will harm the government or government officials. In 2004, then-President Chávez signed a decree for government institutions to begin transitioning to free open source software, away from paid software. This was followed by a 2013 law approved by the National Assembly, which sought to expand the move to open source to institutions of people’s power (communal councils, cooperatives, communes, etc.). Although I.T. experts in the country had warned that institutions had been slow to migrate to open sources, it is unlikely that many government institutions were spending funds to pay for the latest versions of Adobe and Oracle. This means that the majority of those affected by the departures will be businesses and individuals; in other words, the private sector, which, as of 2017, represented over two thirds of Venezuela’s economy.

Professionals in Venezuela have increasingly been working remotely for foreign companies in order to earn foreign currency and ride out the economic crisis. These workers often don’t have the freedom to choose which software to use and as a result they could lose their jobs. The Adobe and Oracle decisions will directly impact their bottom line and might force them to emigrate.

Immediately after the news broke about Adobe, Venezuelan opposition figure Juan Guaidó announced that he would contact the company to ask them to reconsider. As he has never attempted to ensure that the Trump sanctions do not affect the Venezuelan state’s food and medicine imports, it’s likely that his reason for speaking out is that his own base will be disportionately affected. Guaidó is willing to let poor and working class Venezuelans suffer, while he seeks to guarantee that the middle and upper classes aren’t overly burdened.

TransferWise’s decision to end services in Venezuela is also troubling, as this company provides a way for Venezuelans abroad to send remittances to their families facing the economic crisis. Remittances are notoriously difficult to calculate for Venezuela as most people prefer to avoid the government’s currency exchange mechanism (which gives less bolivares per dollar than the parallel, or “black,” market). However, one rough estimate claims that 30% of Venezuelan households will receive remittances for a total of $3 billion in 2019. If other money transfer companies leave, it will leave millions of Venezuelans in the lurch, as E.O. 13884 seems to make it impossible to send remittance through Venezuelan government channels.

The timing of the announcements is suspect: why did these four companies suddenly announce their decision to leave more than two months after E.O. 13884 was issued? There might never be a definitive answer to this question, but it is curious that these announcements are coinciding with a Trump administration pressure campaign related to the sanctions. The administration has spent the last two months talking with allies in Europe and Latin America, as well as its adversaries Cuba and Russia, to convince them to either impose sanctions of their own on Venezuela or end their support of the Maduro government. The U.S activated the Rio Treaty to give Latin American countries a legal framework for sanctions. Elliott Abrams, the White House Special Envoy on Venezuela, admitted that the administration is “always looking for ways to squeeze” Cuba. If the Trump administration is going to these lengths to pressure countries, then it may well be reaching out to U.S. corporations to have them cease operations in Venezuela.

This would be a logical next step for the US’s regime change efforts, to the extent that there can be logic in continuing a failed policy of regime change that has already resulted in the deaths of more than 40,000 Venezuelans in 2017-2018 (the current figure of deaths is likely significantly higher as the sanctions have become harsher). The departures of Adobe, Oracle, and others are relatively insignificant when compared to the suffering already being imposed on the Venezuelan people. Yet as more companies feel forced to leave, the suffering will deepen.

Leonardo Flores is a coordinator with CODEPINK’s Latin America Campaign.