Tell Madonna to open her heart for Palestinian children 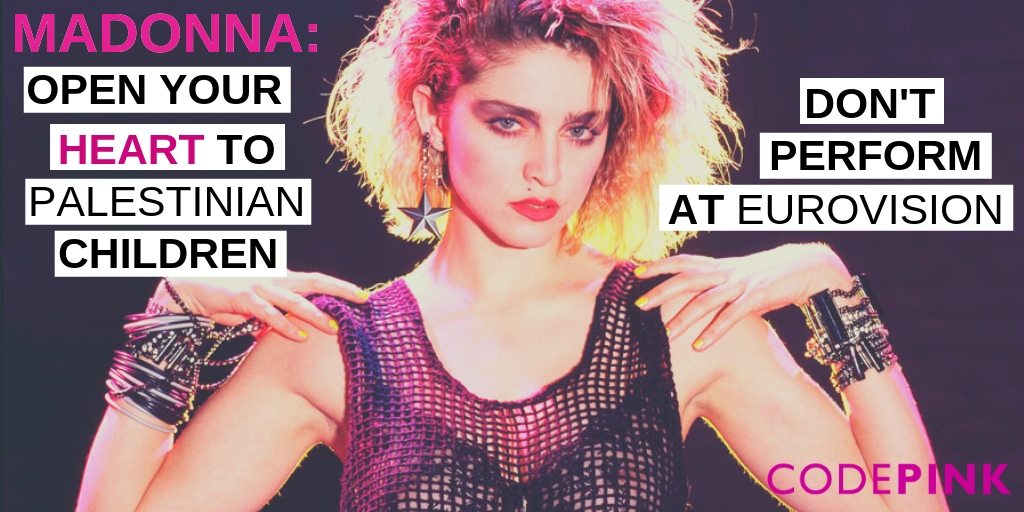 She sings about love and peace and in 2014, she called for a ceasefire in Gaza. But today, the announcement became official: Madonna is planning to perform next month in Tel Aviv at Eurovision 2019. 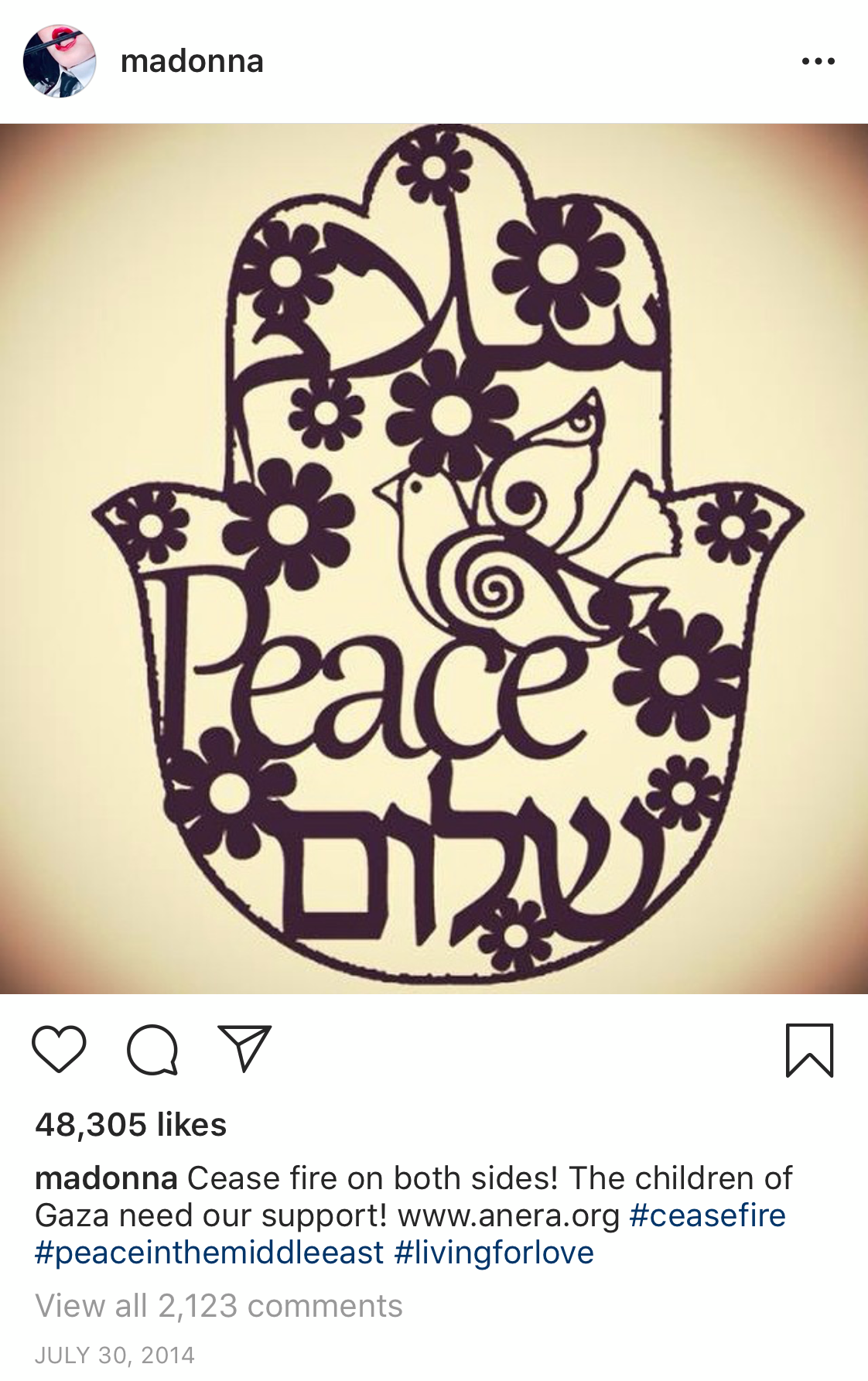 The call for artists to boycott Eurovision in support of Palestinian rights has been going on since last year, so it’s extremely disappointing that Madonna is planning to cross this picket line. Add your name now to our petition asking Madonna to show love and empathy for Palestinian children by cancelling her performance.

Israel’s regime of military occupation, settler-colonialism and apartheid is shamelessly using Eurovision as part of its official Brand Israel strategy, a propaganda campaign showing “Israel’s prettier face” in order to whitewash and distract attention from its war crimes against Palestinians.

During the 2014 brutal Israel attack in Gaza that killed over 2,000 people, including over 550 children, Madonna posted a Peace picture on Instagram with the caption: "Ceasefire on both sides! The children of Gaza need our support!” Another Instagram post compared flowers to innocent children in Gaza and stated "Who has a right to destroy [the children]? No One!!! CEASE FIRE! #peaceinthemiddleeast." Madonna needs to put her words into action.

Can you take a moment to ask Madonna to follow in the footsteps of artists like Lorde, Lana, Lauryn Hill, and Natalie Portman by cancelling her performance? Tell her to be on the right side of history by supporting freedom and dignity, rather than war and oppression?