Did you know that for every dollar we pay in taxes, 24¢ goes to the military?

Even worse: 12¢ out of that 24¢ goes directly to private military contractors.

This year Tax Day may have been delayed, but April 15 is still a solemn reminder that military spending continues to dominate the Federal budget. Just last week, President Biden proposed raising the Pentagon budget in 2022 to $753 billion.

Proposing an increase in Pentagon funding is outrageous, which is why it's more important than ever that you email and call your representatives today and tell them: reduce the Pentagon budget and invest in our local communities! 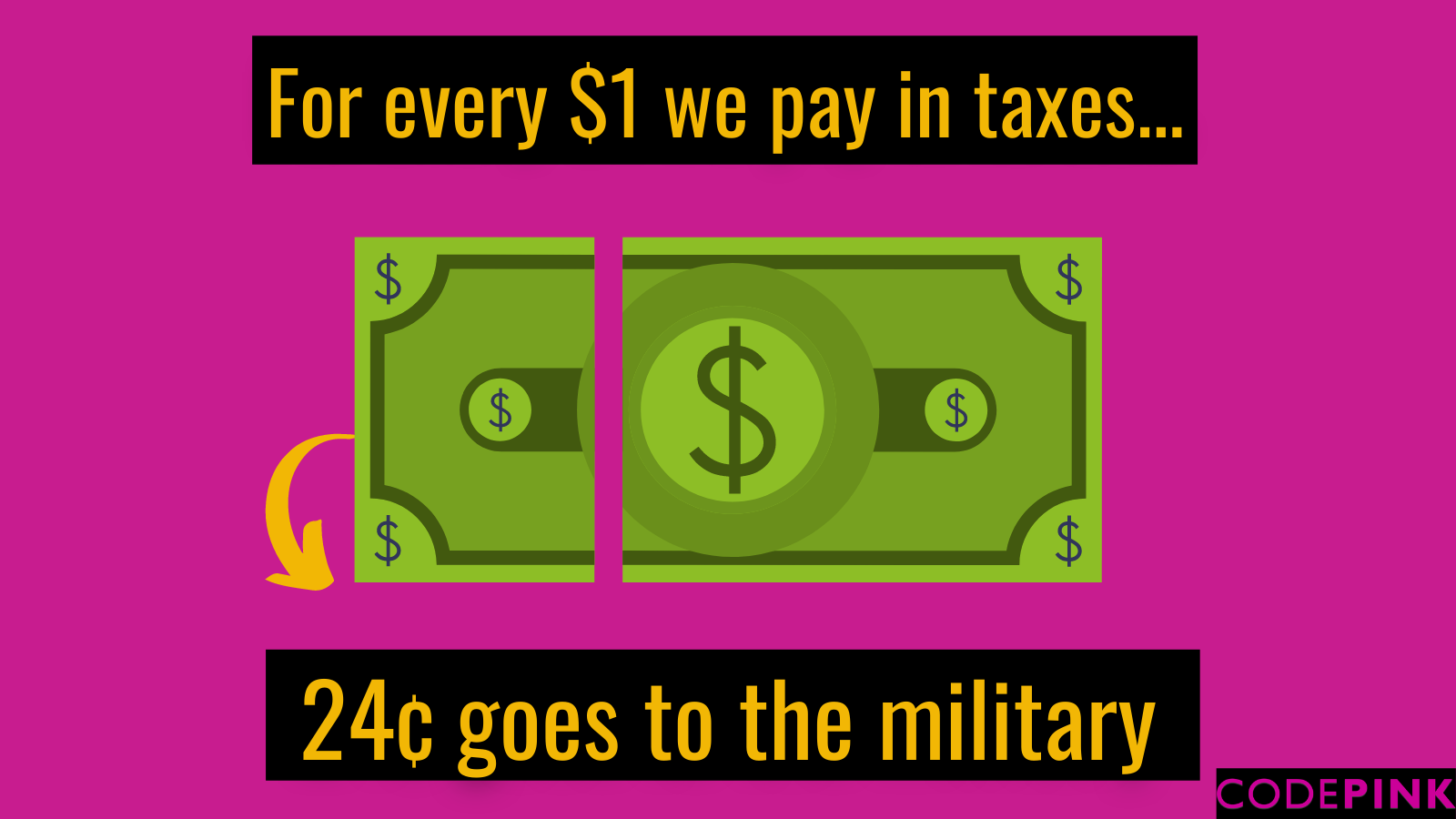 If you’re outraged that nearly a quarter of our tax dollars are used to fund the destructive U.S. war machine, you’re not alone. That's why CODEPINK is taking part in the Global Days of Action on Military Spending from April 10- May 17. You can join the global movement online using our toolkit to reign in military spending here, including signing up to join us on Earth Day on April 22 for a workshop to learn how to write an Op-Ed connecting the movement to take on climate change and our work to reduce the bloated Pentagon budget!

April 15 is a day to take action to ensure our budget priorities reflect our needs and values. We spend more on our military than the next 10 countries combined, yet that didn’t protect us from a worldwide pandemic and it certainly won’t protect us from the ongoing climate crisis. Instead, we must move money out of the destructive war machine and into programs that WILL make us safer including universal healthcare, good jobs, and a Green New Deal.

Join the global movement to take action on military spending and sign up for the CODEPINK Op-Ed Writing Workshop on Earth Day, April 22nd, to learn how to write an Op-Ed explaining why, for the future of our planet, we must reduce Pentagon spending and invest in life-affirming programs.

Together, we can create a world that prioritizes people over the Pentagon.