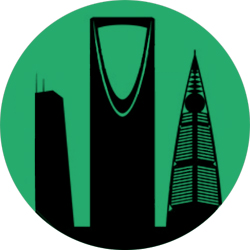 The 9/11 family members have been waiting for truth and accountability for 15 years. In addition to trying to declassify the 28 pages from the 2002 Joint Inquiry of Congress that will help clarify the role of Saudi Arabia in the 9/11 attacks, they have been trying to hold the Saudi government accountable in a US court of law. But the Saudis have been protected by the Foreign Sovereign Immunities Act.

So the 9/11 families asked Congress to pass the Justice Against Sponsors of Terrorism Act (JASTA), a bill that would prevent accused foreign sponsors of terrorism from invoking sovereign immunity in cases involving terrorist acts occurring in the United States.

Tell your representatives to support JASTA! If JASTA passes, the 9/11 families will finally be able to have their day in court against the Saudis.

Just recently as JASTA was about to pass the Senate, the Saudis said that if the bill passed they would withdraw $800 billion worth of US Treasury bonds and stop sharing intelligence information about possible terrorist attacks. Tragically, Obama sided with the Saudis, saying he would veto the bill. We, the people, can’t allow ourselves to be blackmailed by Saudi government thugs.

We have to pass the JASTA bill; then we have to pressure President Obama not to veto it. Send a message to your member of Congress today.

“Since 9/11, my life has been spent fighting for truth, accountability, and lessons to be learned so that no other family would ever have to suffer such searing pain and tragic loss,” said 9/11 widow Kirsten Breitweiser. “Shamefully, my government, from the Bush to the Obama administrations, has fought me tooth and nail along the way. Knowing that evidence of your husband’s murder is being specifically withheld from you by the president — with the sole intent to protect Saudi terrorists and their financial backers — is not something any American should ever have to tolerate.”

Tell your senators to pass S.2014 and your Congressional representatives to pass HR.3815!

P.S. Join CODEPINK members including co-founder Medea Benjamin on a delegation to Honduras with the Alliance for Global Justice June 27-July 6! Delegates will support the work of the murdered environmental leader Berta Cacares and the Lenca indigenous community of La Esperanza.