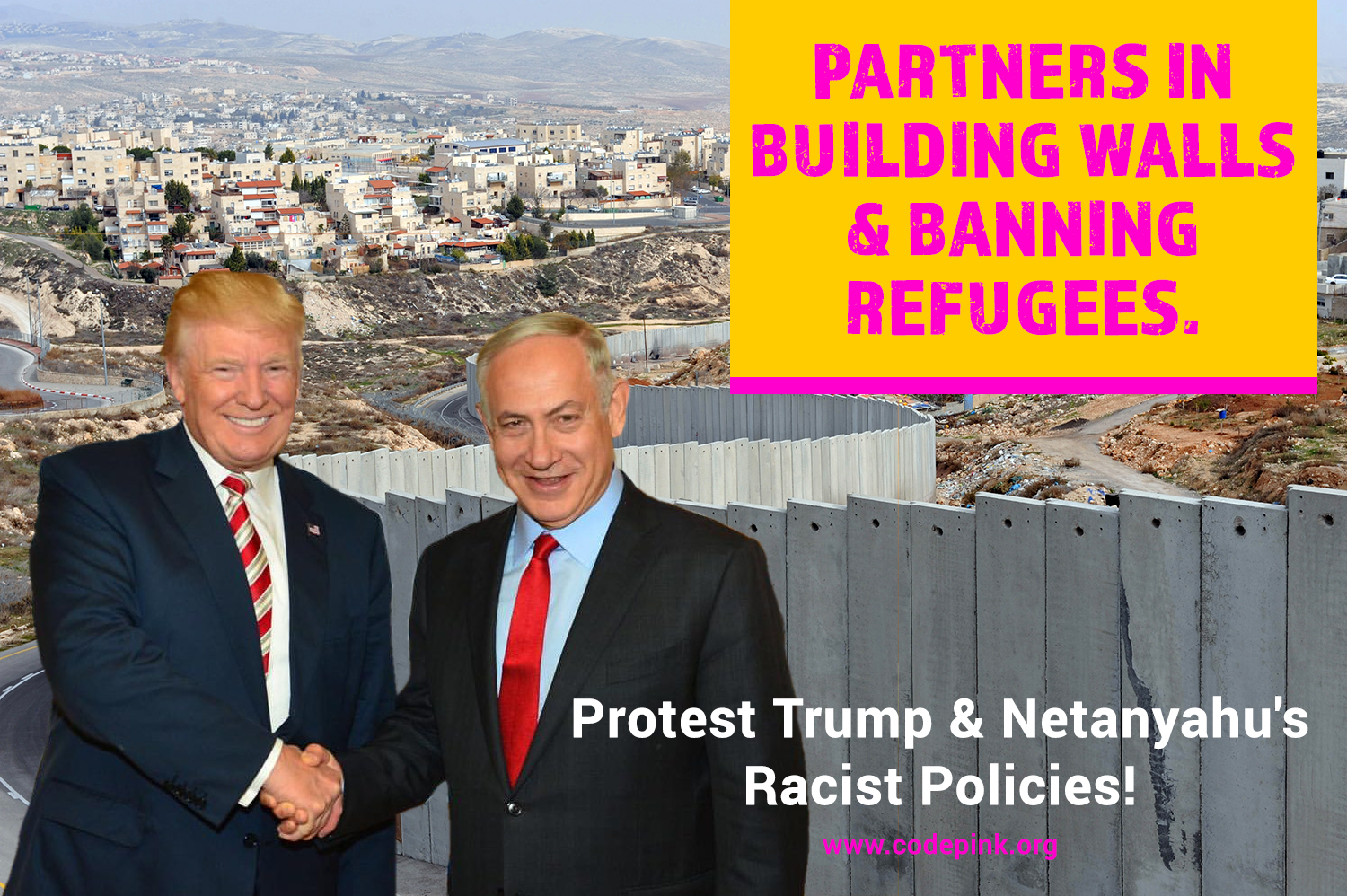 Protest the rotten romance between Trump and Netanyahu as they meet inside the White House!

The Trump-Bibi alliance is one of walls, bans, and settlements. Like Trump is trying to enact his ban, Israel has been banning refugees and Muslims for almost 70 years. Since Trump has taken office, Israel has approved thousands of more settlement units and authorized the first new settlement block since the 1990s. Israel is even retroactively legalizing previously illegal settlements.

We must seize this opportunity to say loud and clear — from the US to Palestine: #BuildMovementsNotWalls#NoBanNoWalls

Say No to David Friedman for US Ambassador to Israel

The day after Trump and Netanyahu meet in the White House is the confirmation hearing for David Friedman, Trump’s pick for US ambassador to Israel. Friedman has raised millions of dollars for illegal settlements, supports Israeli annexation of the West bank, and wants to move the US embassy to Jerusalem. Like Trump and Netanyahu, he furthers racism and hate at a time when we need diplomacy and peace. Help us seize this opportunity to say loud and clear-- from the US to Palestine #BuildMovementsNotWalls!

P.S. If you have not already done so, sign the petition to ask the Senate not to confirm Friedman!