Stand with Issa Amro as he begins trial! 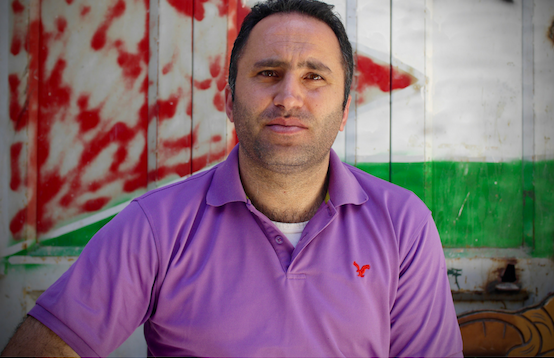 While the Trump transition team is pledging to recognize Jerusalem as Israel's capital and break with policy critical of settlements, Israel is stepping up its attacks on nonviolent human rights defenders. This Wednesday, CODEPINK’s dear friend and renowned Palestinian peace activist Issa Amro will begin trial in Israeli military court.

Sign the petition, join the Thunderclap, and participate in the Twitter storm to stand with Issa as he faces a strong possibility of being imprisoned for nonviolent activism!

Issa is a renowned human rights defender from Hebron, the most heavily occupied city in the West Bank. Issa works tirelessly to provide support and protection for his community, including building the first new piece of infrastructure in Hebron’s H2 district since the city was occupied in 1967: a kindergarten for young children who otherwise had to go through a checkpoint to get to school. Issa's activism is a threat to Israel’s system of apartheid and occupation. In order to silence him and send a message to other human rights defenders, Israel has revived 18 charges against Issa dating back to 2010 including organizing an “illegal demonstration” and "entering a closed military zone.” The Israeli military court has an over 99% conviction rate.

Issa’s dedication to protecting the rights of his people has been recognized by the international community. He was named a Human Rights Defender by the European Union, and the Office of the United Nations High Commissioner for Human Rights (OHCHR) named him human rights defender of the year for Palestine in 2010. Issa has also written for the Nation about the Airbnb Stolen Homes campaign. The targeting of Issa is part of a larger campaign by Israel to suppress Palestinian and Israeli human rights defenders, including those who advocate the use of boycott, divestment, and sanctions (BDS) to achieve Palestinian freedom. As Issa begins trial on Wednesday let's make sure he knows he is not alone!