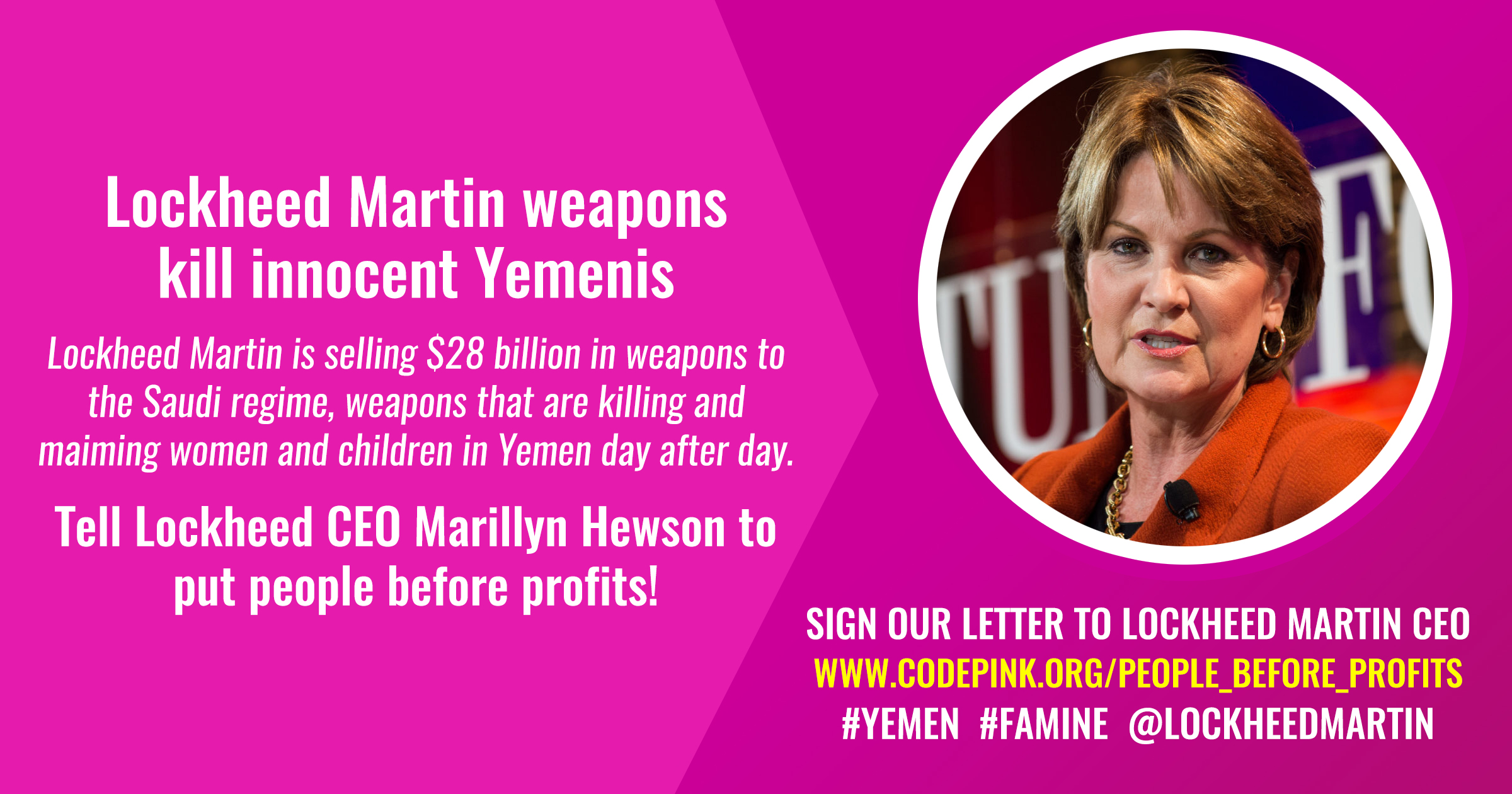 In 2015, Forbes named Marillyn Hewson, CEO of Lockheed Martin, the highest paid female CEO and “the 20th most powerful woman in the world”.  Hewson fashions herself a role model for women, but her company is selling weapons to the Saudi regime, weapons that are killing and maiming women and children day after day.

As CEO of a company whose annual report boasts of being “...proud to stand with our international partners to enhance their capabilities to protect the lives of citizens and build a brighter future…”, it seems like a good time to tell Marillyn Hewson that selling weapons to the repressive Saudi regime will not protect lives of Yemeni citizens nor build a brighter future.

President Trump’s trip to Saudi Arabia resulted in a massive $110 billion arms deal, and a big chunk of that, $28 billion, will go to Lockheed Martin. Lockheed Martin brags that it plays a major role in “strengthening United States and Kingdom of Saudi Arabia ties to bolster global security.” The company is selling the Saudi military everything from integrated air and missile defense systems to combat ships to tactical aircraft and rotary wing technologies. All will be used to further the Saudi’s aggressive policies in the region and to repress its own people.

Sign on to tell Marillyn Hewson to be a real role model for women and live up to her company’s motto about “engineering a better tomorrow” by refusing to sell weapons to the Saudi regime.

Marillyn Hewson needs to put people over profit. She should not be facilitating the war in Yemen, where a child dies every 10 minutes from the consequences of war.  And since we know that President Trump has become a global salesman for her company, she should give him a call. Tell Trump that instead of arming dictators, he should push his Saudi buddies to announce a ceasefire and negotiate a political solution to the war that is so devastating to the people of Yemen.