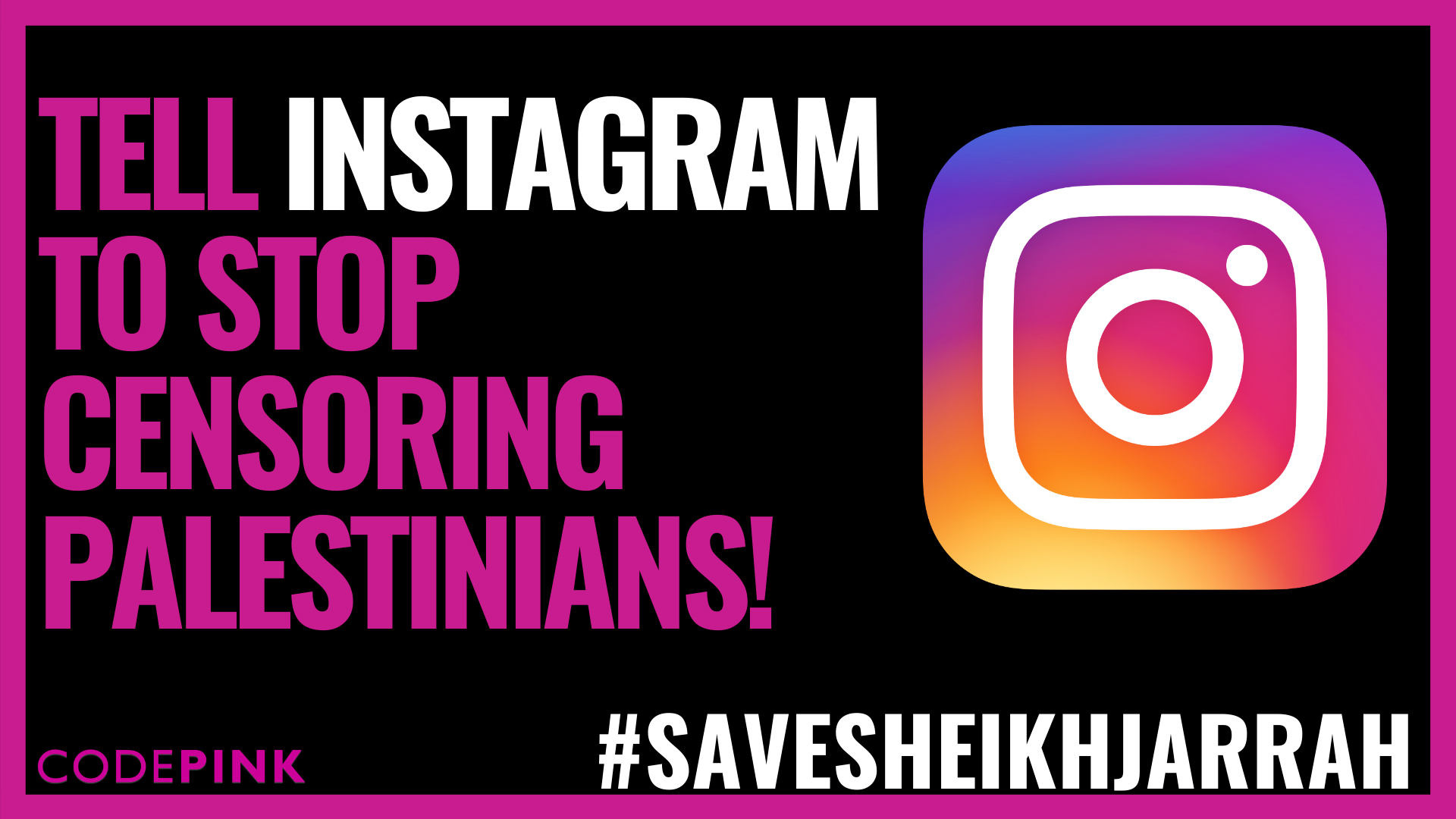 In May of 1948, hundreds of thousands of Palestinians were forced from their homes, places they’ve resided for generations, into refugee camps, other countries, and other parts of Palestine. In May of 2021, Palestinian families are still being torn from their homes in the middle of the night to make room for Jewish settlers in Sheikh Jarrah, East Jerusalem. Palestinians protesting this ethnic cleansing that was permitted by Israel’s highest court, are being subjected to violence from both settlers and the Israeli occupation forces. Just a few hours ago, Israeli forces attacked Al-Aqsa Mosque, the third holiest site in Islam, with tear gas and rubber bullets while Palestinian Muslims worshiped inside. To top it all off, Palestinians who are sharing these atrocities on Instagram are being censored.

The world needs to know what is happening in Sheikh Jarrah, tell Instagram to stop censoring Palestinians!

Palestinians in Sheikh Jarrah, like Mohammed Elkurd, who have been bravely sharing what has been happening are having their Instagram posts taken down and marked as “hate speech.” Mohammed also received a notice that his account may be disabled. CODEPINK staff members have also had their posts about Sheikh Jarrah removed without notice.

Being anti-Zionist is not hateful. Being anti-Zionist the moral obligation of all people who care about human rights. Standing against the forceful removal of families from the homes they’ve lived in for decades is just the right thing to do. The least we could be doing is spreading awareness about the devastating situation in Sheikh Jarrah.

Tell Instagram to let us spread awareness about Sheikh Jarrah!

It is imperative that peace activists around the world stand with Palestinians in Palestine and in the diaspora as they defend their homes and land. Israeli land theft is not new and every day Palestinians are arrested, hurt, or murdered. Just last week, sixteen-year-old Said Yousef Mohammad Odeh was killed in Odala, Palestine by Israeli forces. The Nakba is past and present, but it does not need to be the future if the world stands in solidarity with Palestine.

Toward peace,
Ariel & Danaka, and the entire CODEPINK Team