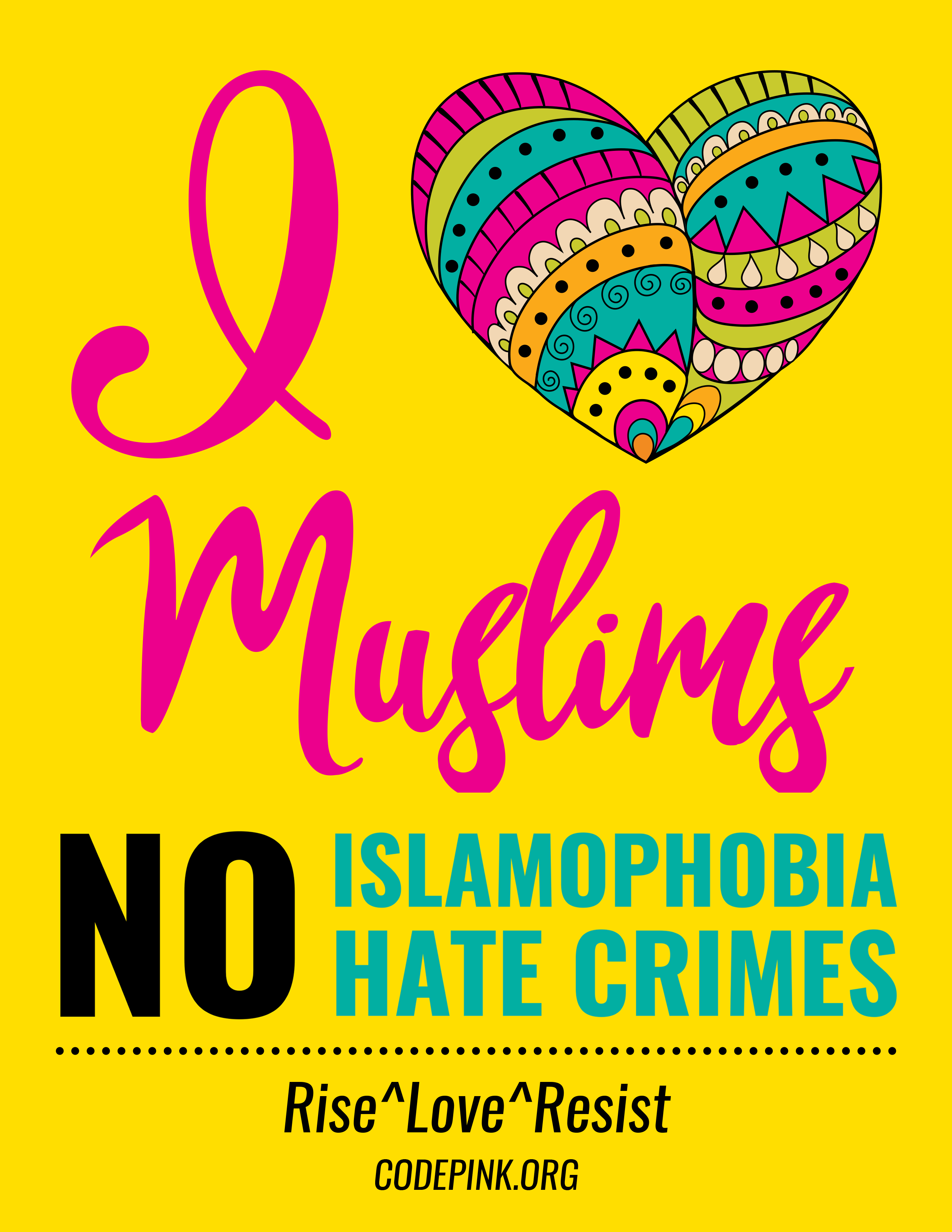 Thank you for being a member of the CODEPINK community, and for your commitment to growing your local peace economy. We are always happy to hear what you are doing and learning.

We want to alert you to the fact that a nationwide day of anti-Muslim action has been called and many are happening this weekend. How can we come together and show love instead of hate and nourish those most vulnerable in our communities?

The Council of American-Islamic Relations (CAIR) found a 57% increase in anti-Muslim bias incidents during 2016, as well as a 44% increase in anti-Muslim hate crimes in the same period. Some weeks ago, a man on a Portland bus killed two men and seriously wounded a third after they stopped him from screaming Islamophobic slurs at two Muslim teenagers.

Local Muslim groups are asking supporters to have “Solidarity with My Muslim Neighbour” gatherings that promote love and unity. Instead of counter protesting here are some things you can do:

#RiseLoveResist! Let’s rise for love -- love is an action. Let us know what you decide to do and how can we support you. We welcome your ideas, photos, and letters!