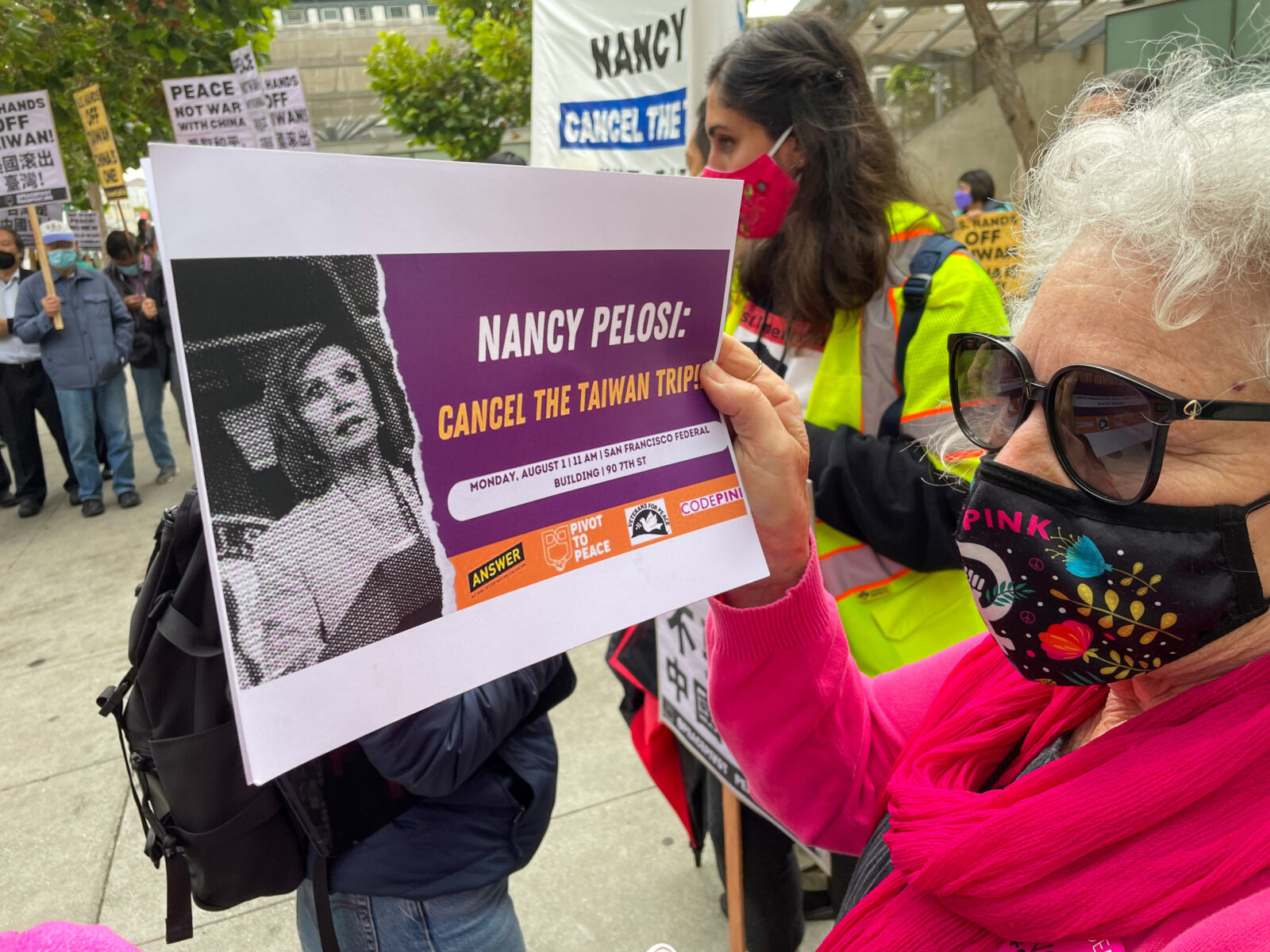 Cynthia Papermaster at the Federal Building in San Francisco, CA, on August 1, 2022

We participated in a spirited and excellent action yesterday at the SF Federal Bldg. office of Nancy Pelosi, whose dangerous, ill-advised and incendiary decision to visit Taiwan is being condemned by China and many worldwide, including in Taiwan and the United States, as a provocation to conflict, possibly even a nuclear war. Why did Pelosi decide to visit Taiwan? Are Lockheed, Raytheon and the other war promoters profiting from her decision? Speaker Pelosi has never said "no" to more weapons spending and U.S. wars.

Ann Wright joined the action and we heard from her and Steve Roddy, who works with CODEPINK's "China is Not Our Enemy" campaign. I also made a brief statement on behalf of SF Bay Area CODEPINK.

Gratitude to the action organizers Pivot to Peace, who said "A HUGE thank you to CODEPINK, Veterans For Peace National, Answer Coalition, other organizations & community members who came out today to demand Nancy Pelosi cancel her Taiwan trip. China is NOT our enemy & we demand that Nancy Pelosi: Stop the provocations!!!"

Please see an album of photos from yesterday here and a good article in The San Francisco Standard. 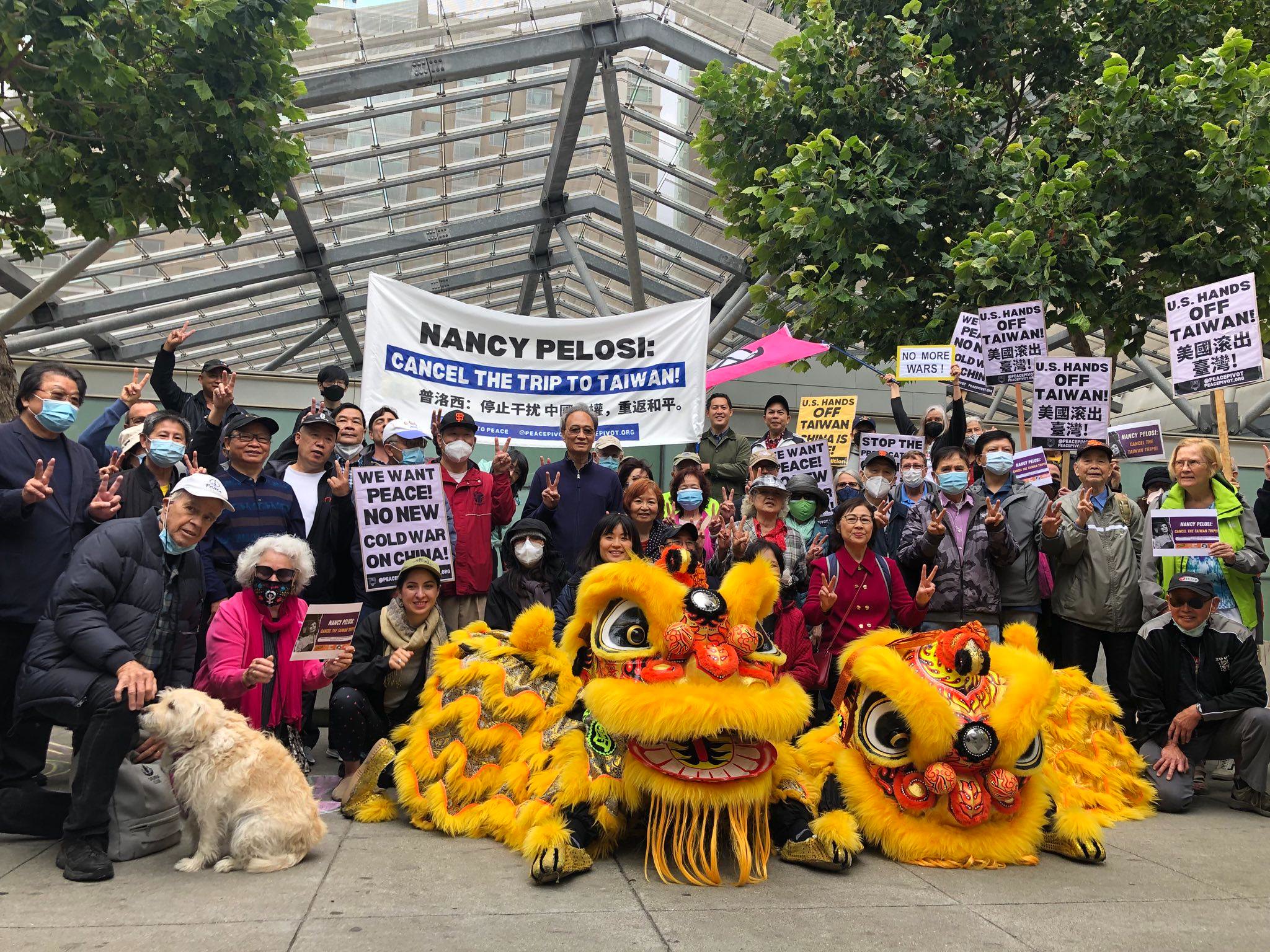 Cynthia Papermaster is the coordinator of CODEPINK's Golden Gate Chapter