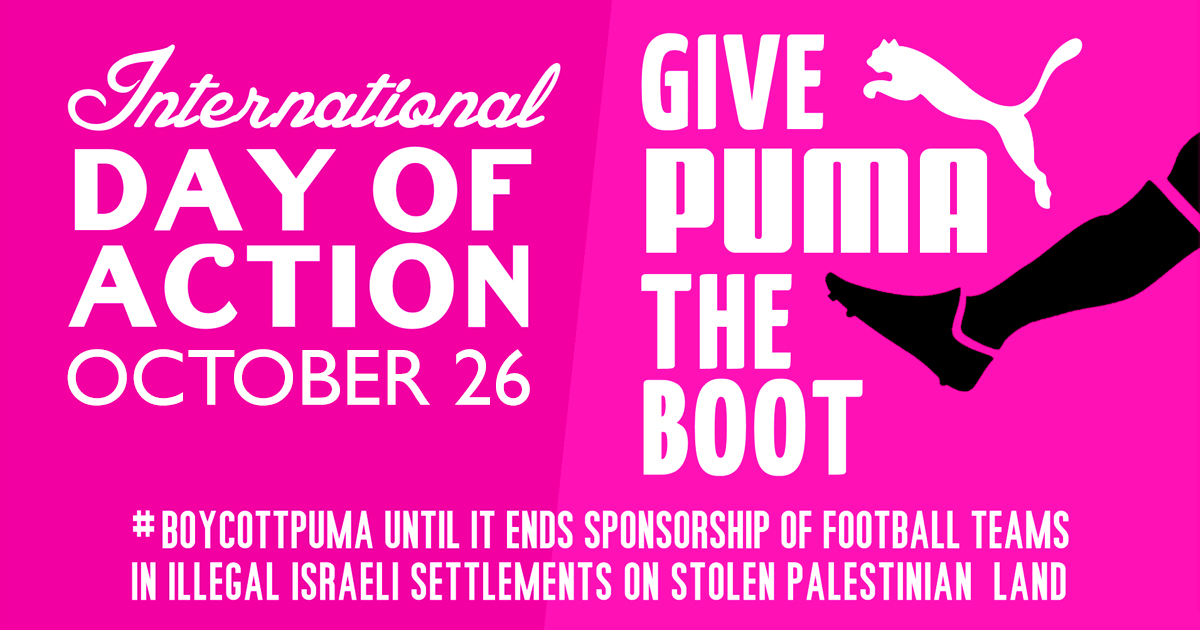 When companies like Puma sponsor and profit from illegal Israeli settlements, they give a nod to Israel’s far-right regime that is engaged in criminal land grabs and attacks on Palestinian sports. Across the world, groups are organizing campaigns and actions to demand Puma proves that its stated commitment to social justice isn’t just a marketing ploy.

Sign up below to organize a local action for the October 26th #BoycottPuma Day of Action!