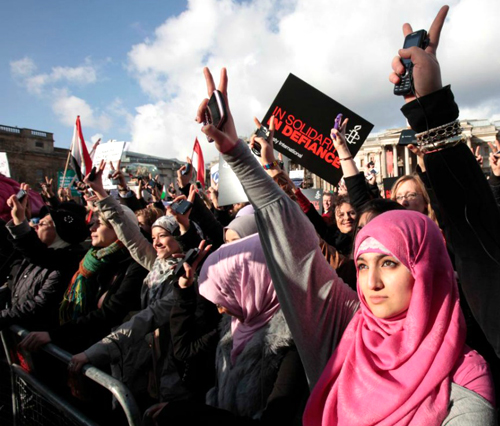 “Uphold UN Security Council Resolution 1325 that calls for the full involvement of women in preventing, resolving, and recovering from conflict.”

Women are often left completely out of conflict negotiations or even informal behind-the-scenes peace talks, even though, during wars and armed conflict, women suffer from rape and other sexual violence, the loss of their homes, the murder and injury to their children, and the lack of medical care more than men do. Women often more deeply understand and are responsible for their home communities, however, and can work effectively for conflict resolution and recovery, if given the opportunity to participate as full partners.

“...it is time for the collective wisdom of women, not just a few elite women who accept the rule of state violence… When candidates vie for the right to head up U.S. foreign policy, they would be wise to look to UNSCR 1325 as a path forward amid escalating violence worldwide. The collective wisdom of women is a powerful, untapped force,” wrote Lisa Savage, State of Maine CODEPINK organizer and blogger. To read Lisa’s essay on the need for the next president of the United States to “draw on women’s leadership in conflict negotiations to achieve lasting peace”, please go here.

The United Nations is working to improve implementation of the often-ignored Security Council Resolution for women in negotiations; read statement here.

For photos of CODEPINK’s actions in support of women as negotiators in conflict resolution talks, please see these images from “Women Lead to Peace” as part of the 2014 Geneva II talks on Syria and these from “Women Cross the DMZ” 2015 actions in Korea.