Official release: CODEPINK women travel to Gaza TODAY to witness damage and demand a lifting of the blockade; Plan to meet with women's groups, Hamas officials

WASHINGTON --  Members of the leading women's peace group CODEPINK will travel today to war-torn Gaza to witness the horrific damage of the 22-day Israeli attacks, demand an opening of borders for humanitarian aid, meet with Palestinian women's aid groups and, if possible, Hamas officials.

Medea Benjamin, CODEPINK co-founder, and retired Col. Ann Wright, former U.S. state department official, plan to enter Gaza through Egypt and spend 10 days on the citizen diplomacy trip, organized by CODEPINK. They hope to learn, firsthand, the needs of the Gaza people and demonstrate what George Mitchell, the Obama administration's Special Envoy for Middle East Peace currently visiting several Middle East countries, should do. So far, Mitchell has refused to visit Gaza and meet with Hamas.

"What sense does it make to send a Special Envoy to the Middle East, but not have him visit war-torn Gaza and speak to Hamas?" Benjamin said. "In our visit to Gaza, we will be doing precisely what George Mitchell should be doing—getting an understanding of the devastation that resulted from the Israeli invasion, and talking to governmental, non-governmental and UN representatives."

Benjamin and Wright will also meet with Palestinian aid groups including the Palestinian Medical Relief Society, the Gaza Community Mental Health Program and the Union of Palestinian Women's Committees, to discuss plans for CODEPINK's new worldwide call to action, "International Women's Day 2009: Dedicated to the Women of Gaza," designed to commemorate the women of Gaza on March 8, the United Nations-designated International Women's Day. The call is endorsed by the National Congress of Black Women, Organization of Women's Freedom in Iraq, American Muslim Voice, author Alice Walker and journalist Laura Flanders.

Through this call to action, CODEPINK and partner groups will raise funds for the women of Gaza. An international women's delegation will return to Gaza from March 8 to 13 to deliver the aid to several groups, including the aforementioned groups, the Palestinian Agricultural Relief Committees and the Palestinian Center for Human Rights. With international pressure and the determination of the women in the delegation, CODEPINK is confident the Egyptian government will let the aid through.

In Gaza, 22 days of Israeli attacks earlier this year left more than 1,000 dead, including 412 children. Women have largely taken on the role as the primary caretakers of their families and communities while dealing with their own heartbreak. As in all communities ravaged by war and violence, they've become largely responsible for providing water, food, medicine, electricity and heat in the face of shortages for families and communities. Many women are also more at risk medically, as maternity wards often become surgical wards.

"The Israeli attack came after 18 months of a crippling blockade that had already left the Palestinian population hungry, sick, weak, and suffering from a catastrophic situation," Benjamin said. "We must not only provide massive humanitarian aid, but lift the blockade that is keeping the people of Gaza under siege." 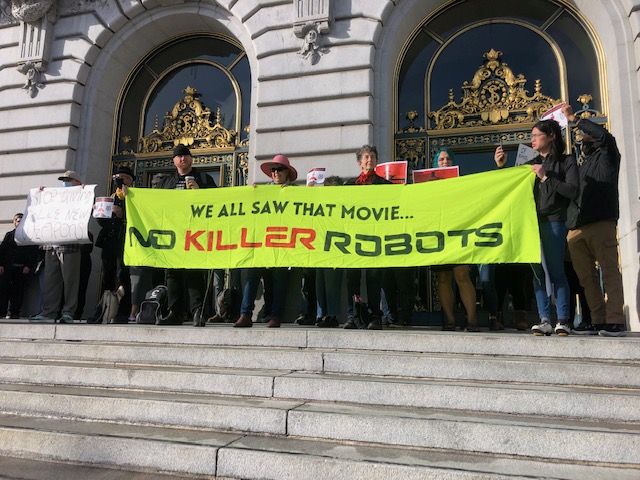