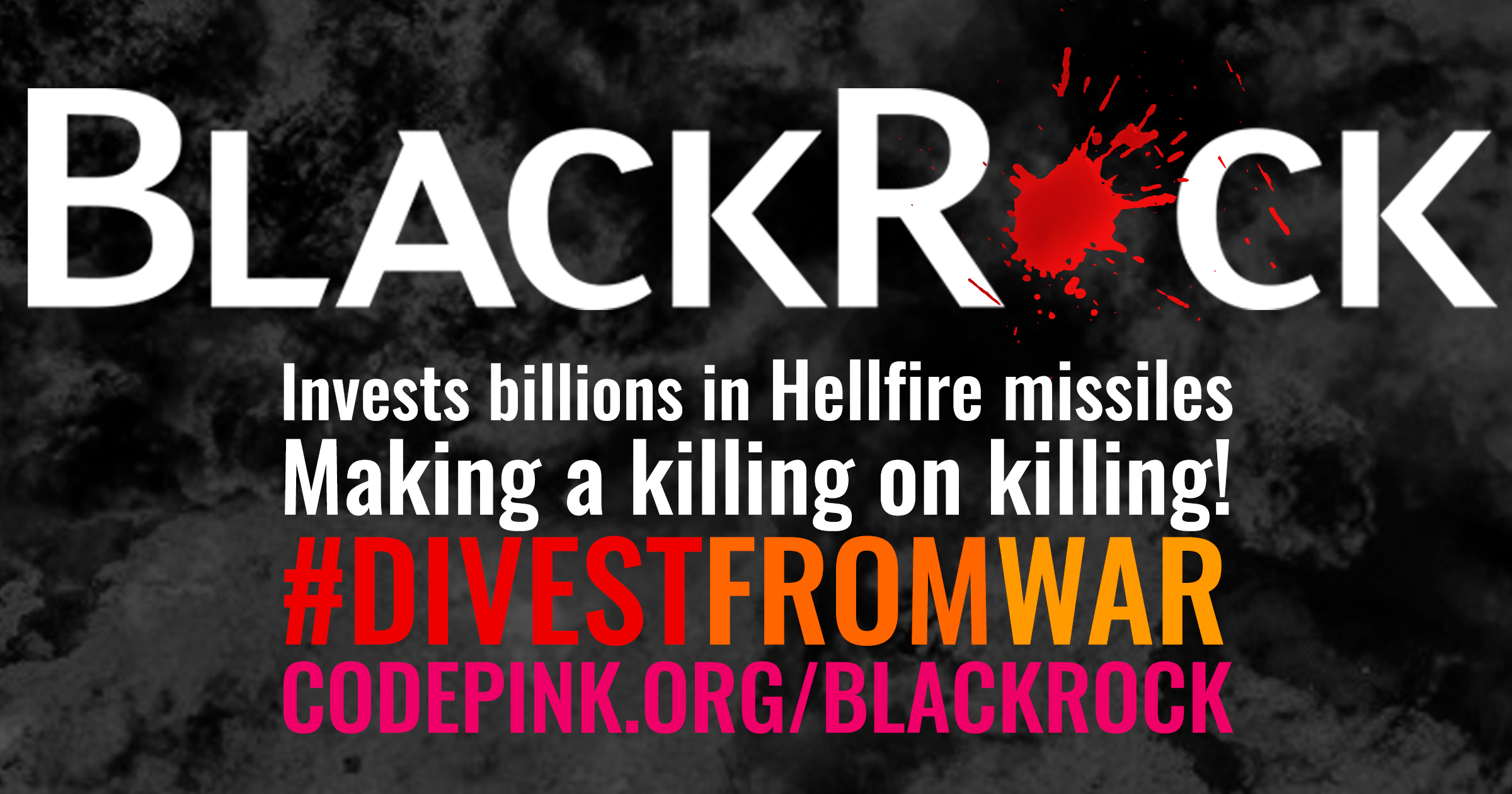 May 21, 6:00pm: Divest from the War Machine Teach-in at the Center for Constitutional Rights, 666 Broadway, 7th floor

May 23, 7:30am: Protest at BlackRock’s annual shareholders meeting at the BlackRock New York office, on 51st between Park and Madison, across from the Lotte New York Palace where the shareholders will be meeting.

BlackRock CEO Larry Fink said he would hold companies accountable for being responsible corporate citizens, yet his own institution continues to profit from war. BlackRock even has an iShares fund that exclusively profits off of weapons of war.  We are calling on Larry Fink and BlackRock to hold themselves accountable, and demonstrate their own commitment to social responsibility by divesting from weapons makers.

In addition to contributing to the atrocities of war, all five of these companies have dozens of documented cases of misconduct and the collective misuse of billions of federal dollars. The misconduct by weapons companies ranges from groundwater contamination to labor violations and includes overinflated pricing and overbilling the federal government. These companies are flagrantly engaging in bad business practices while misusing limited federal resources.

By investing in weapons manufacturers, BlackRock is propping up wars, brutal conflicts, and human rights violations on a global scale. While BlackRock makes a killing on killing, we all pay the price exacted by companies who waste public money, pollute our environment, and send excess weapons back into our home communities.

Join us in NYC to tell BlackRock to stop making a killing on killing.

For a world without weapons,
CODEPINK NYC