The eco-friendly LEAF rolls into international auto shows next month in Los Angeles and San Francisco kicking off an electric revolution. Interest in hybrid and all electric vehicles are quenching a driver’s thirst to end oil dependency, giving an alternative to years of gas-guzzling SUVs and Hummers.

Unlike the Hummer which got 14-mpg on city streets, the LEAF is estimated to get 116.1 miles on a single charge, but similarly to the Hummer the Nissan LEAF has a binding partnership with military contractors in supporting U.S. oil wars abroad.

Military contractor AeroVironment, which is partnering with Nissan, will produce and install the LEAF's home-charging systems. AeroVironment provides the Department of Defense (DoD) with drones (remotely piloted vehicles) in Iraq and Afghanistan. The company landed a $17M contract with the DoD to provide logistical and training support for its Puma drone. 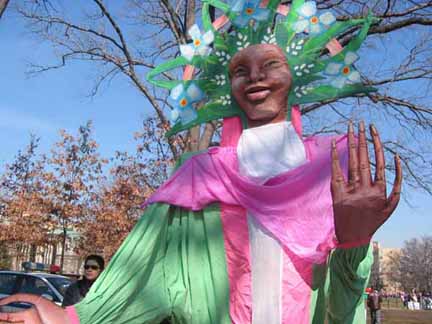 How is it that a multi-million dollar military contractor AeroVironment landed a deal with Nissan to facilitate home charging set up for the new "eco-friendly" LEAF?

The U.S. has spent years occupying Iraq and Afghanistan as part of its so-called war on terror. Billions of U.S. taxpayers monies have been poured into the occupations and military contractors have made a killing.

It's time for Nissan to turn over a new leaf and promote companies which are part of the green movement, not part of the military industrial complex.