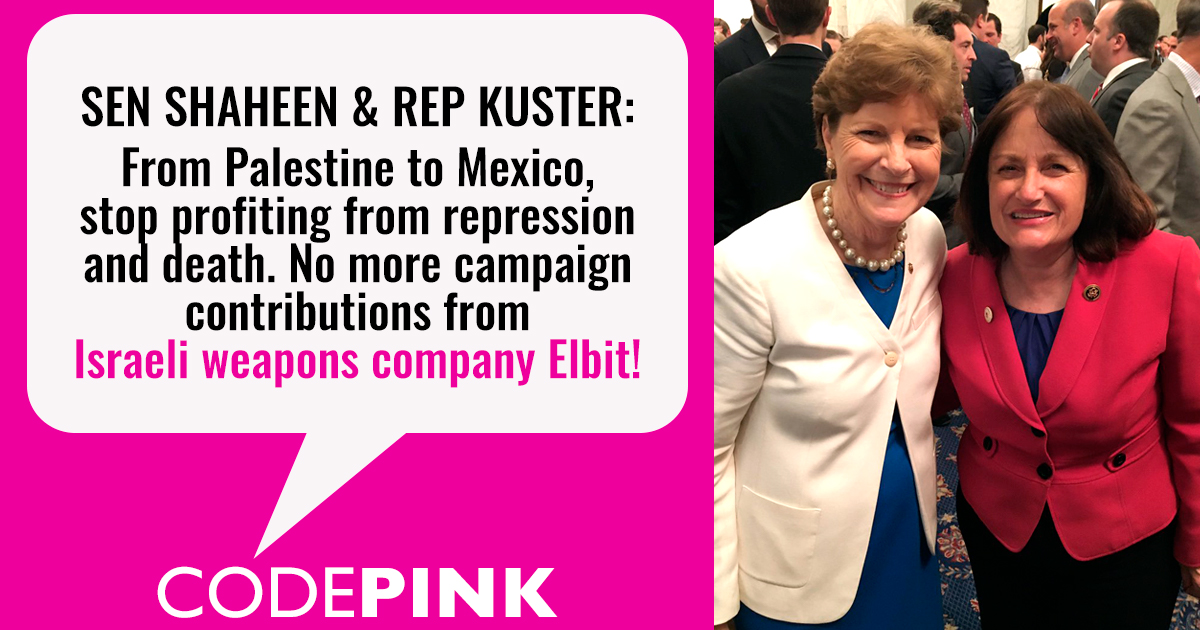 To date, Democratic Senator Jeanne Shaheen (D-NH) has taken at least $10,500 in campaign contributions from Israeli weapons giant Elbit Systems and over $300,000 weapons manufacturers. Rep. Annie Kuster received $2000 from Elbit and $66,000 from military contractors in 2018. Elbit is Israel’s largest publicly traded weapons company, manufacturing repression and death from Palestine to the U.S.-Mexico border.

There is nothing progressive about border militarization. Tell New Hampshire Congress members Shaheen and Kuster to do the right thing and STOP taking money from Elbit Systems and other merchants of death.