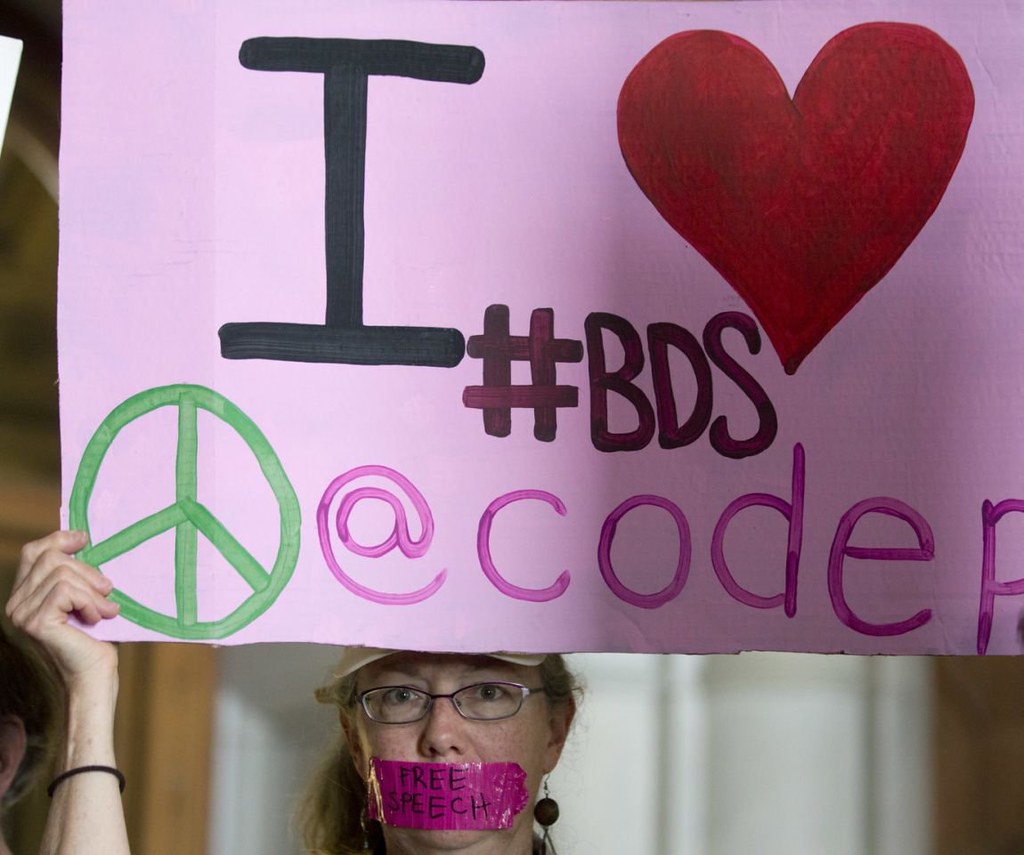 Last Wednesday, around 200 people descended on the capitol building in Albany to protest Governor Cuomo’s unconstitutional executive order creating a blacklist and requiring New York State to divest from companies and organizations that participate in or support the boycott of Israel. CODEPINK's Ariel spoke at the rally: “Boycott, Divestment and Sanctions (BDS) is a non-violent tactic that supports Palestinian human rights. It is based on the practice that helped end Apartheid in South Africa, and it is in tradition of the U.S. Civil Rights Movement, including the Montgomery bus boycott.”

If you are a New York State resident, call Governor Cuomo at 1-518-474-8390 and demand that he immediately repeal his McCarthyite executive order. Here is a sample script:

I am calling to ask Governor Cuomo to immediately repeal Executive Order 157. It is unconstitutional to punish those who use boycott and divestment as a means to bring about political change. Boycotts are a constitutionally protected and time-honored nonviolent tactic to achieve social justice.

On June 21, the Center for Constitutional Law, Palestine Legal, and Jewish Voice for Peace filed a Freedom of information (FOIL) request seeking documents relating to Governor Andrew Cuomo’s executive order. The groups maintain that Cuomo’s order a violation of the First Amendment right to freedom of expression.

On July 6 the Freedom to Boycott New York State Coalition, of which CODEPINK is a member, will hold a protest outside Governor Cuomo’s home in Westchester County.  Protesters will gather at the Mount Kisco Metro North train station at 6:30 pm. They will march to Gov. Cuomo’s home where they will chant, and hold banners demanding Cuomo repeal his McCarthyite executive order. RSVP to the Facebook event if you live in New York State and are able to attend the protest. 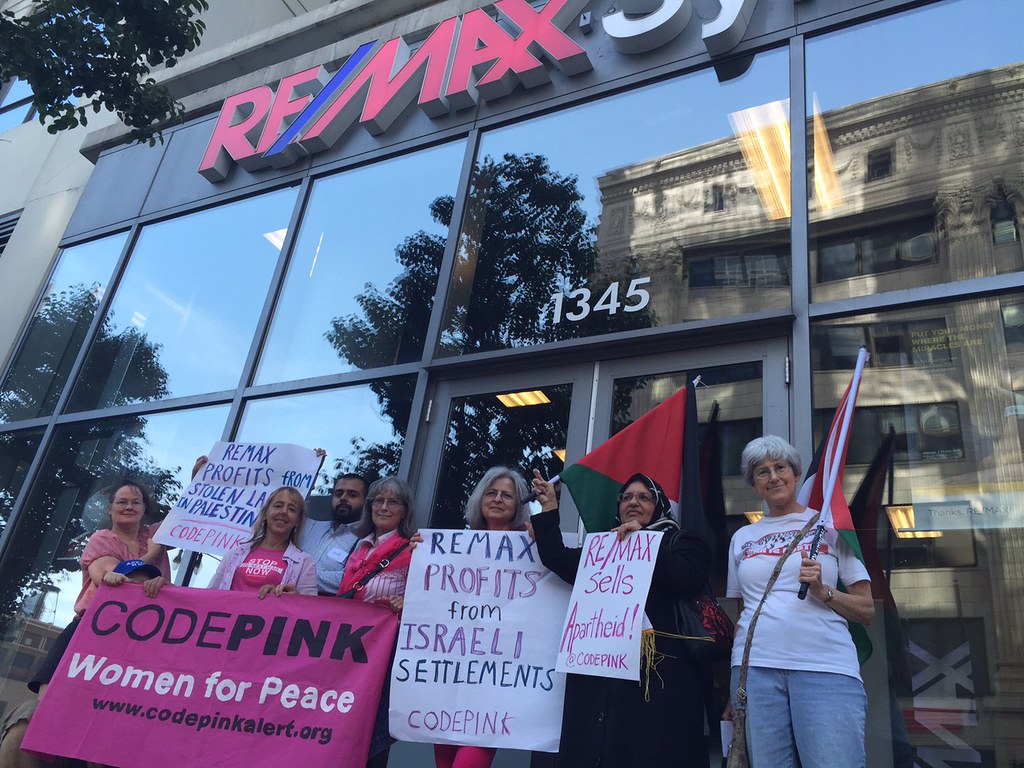 While Governor Cuomo is trying to attack the BDS movement for Palestinian human rights, our Remodel RE/MAX BDS campaign is moving forward at full speed! Last week during the People’s Summit in Chicago, CODEPINK co-founders Jodie and Medea joined CODEPINK Chicago to protest RE/MAX’s selling of homes in illegal settlements in the occupied West Bank and East Jerusalem.

Check out Ariel’s article on why BDS campaigns against companies such as RE/MAX should be commended, not punished.

Together we can support justice and equality for all people.

Toward peace,
Alli, Ariel, Nancy, and the entire CODEPINK team