You might know me as Marjorie from the CBS show Mom, where I help my friend Bonnie adjust to her life as a recovering alcoholic and single mother. What you might not know about me is that my real life also revolves around issues of motherhood and caregiving. Like all mothers, I am outraged that my children, and all children, have to grow up in a world where militarism is prioritized over human needs and nuclear annihilation could occur at any moment. 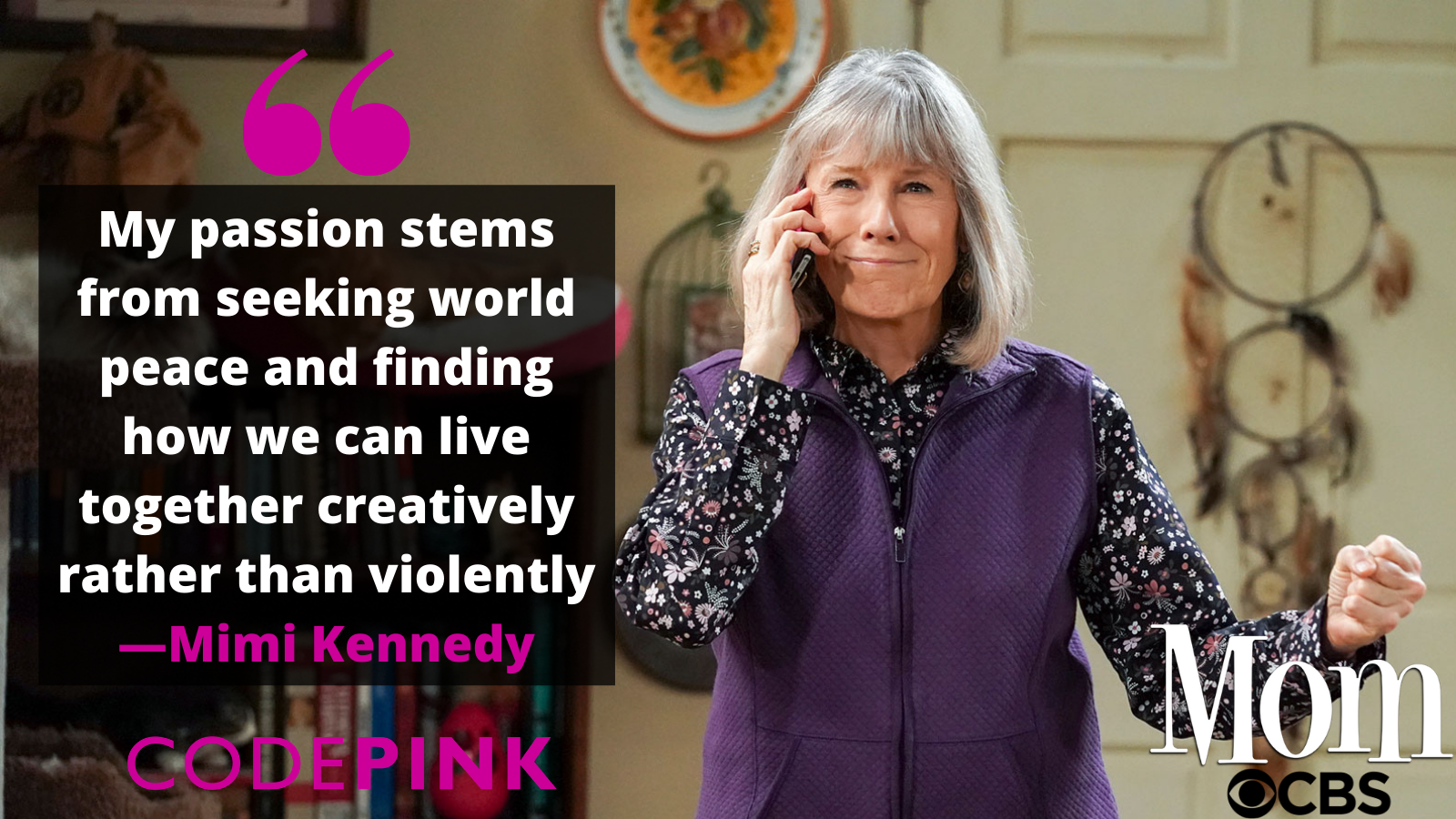 Can you take a moment right now to contact your representative in Congress and tell them: NO new funding for nuclear weapons!

Mother’s Day didn’t begin with brunch and flowers to show affection and appreciation for individual moms. Before Mother’s Day was commercialized, individualized, commodified, and depoliticized, it was a poetic call that emerged from the horror of the carnage and suffering during the Civil War and the economic devastation that followed. The original Mother’s Day proclamation, written by Julia Ward Howe in 1872, said: “From the bosom of the devastated earth a voice goes up with our own. It says: Disarm, disarm!”

A century and a half later, this call continues to resonate as our military is armed to the teeth and President Biden is proposing a $13 billion increase in Trump’s already out-of-control military spending. His proposed budget includes $30 billion for “modernizing” our nuclear weapons, while the world is calling for countries to eliminate these weapons. It is also unconscionable to spend billions on nuclear weapons when right now, during this pandemic, far too many mothers in America remain unable to keep their children properly fed, housed, healthy, and safe.

At the end of the day, the military budget is decided by Congress, not the President. Congress is right now deliberating on the 2022 budget and they need to hear from their constituents! Contact your senators and representative now!

My passion as an activist mom stems from seeking peace and disarmament and discovering how we can live together creatively rather than violently. That’s why I serve on the board of Progressive Democrats of America and have always supported the anti-war work of CODEPINK. Never at any time have we been more in need of health care, rather than warfare. Throughout this pandemic, the top one percent has grown even richer while countries around the world cannot get access to vaccines thanks to pharmaceutical patents. Our priorities have got to change. Contact Congress now and tell them no new nuclear weapons!

More important than roses, gifts, cards, and breakfast in bed, let’s use this time to come together and stop further destruction. The violence perpetrated by the U.S. war machine affects mothers in Palestine as they witness their children being routinely arrested and abused. It affects mothers in Saudi Arabia, whose daughters need the permission of a male relative to travel, marry, divorce, and engage in other key life events. It affects mothers in Venezuela and Iran as they try to raise their children under crippling U.S. sanctions that severely limit access to food and medicine, including to treat COVID-19. The violence of militarism reaches all corners of the world and there is nothing more violent than nuclear weapons. We can’t let the 2022 budget include $30 billion for new ones. Take action now!