We’ve been so inspired by the massive uprising of courage and compassion all over the country in the face of Trump’s shocking Muslim ban and refugee freeze. Here are a few ways to keep the resistance growing:

1. Make YOUR resistance visible. Pick one of these wonderful signs and print copies for your windows and office walls. Distribute them to friends, family, neighbors and local businesses. We’d love to see a photo of the creative places you’ve found to display the image. Send it to us to share or post it to our Facebook, Twitter, or Instagram account.

2. Ask your Senator to support bill S248 to stop the Muslim ban. The bill would withhold any funding to enforce the executive order and declares the order illegal based on the 1965 Immigration and Nationality Act, which banned discrimination against immigrants on the basis of national origin.

3. Join us in Washington DC at the CODEPINK activist house. We are looking for creative, resourceful people to stay in the activist house for a minimum of one week to join us as we protest Trump’s policies outside the White House, the Supreme Court, Department of Justice, and the halls of Congress, and as we support other groups working for justice. Contact Paki for more info. Or build your local engagement with the support of Mariana. 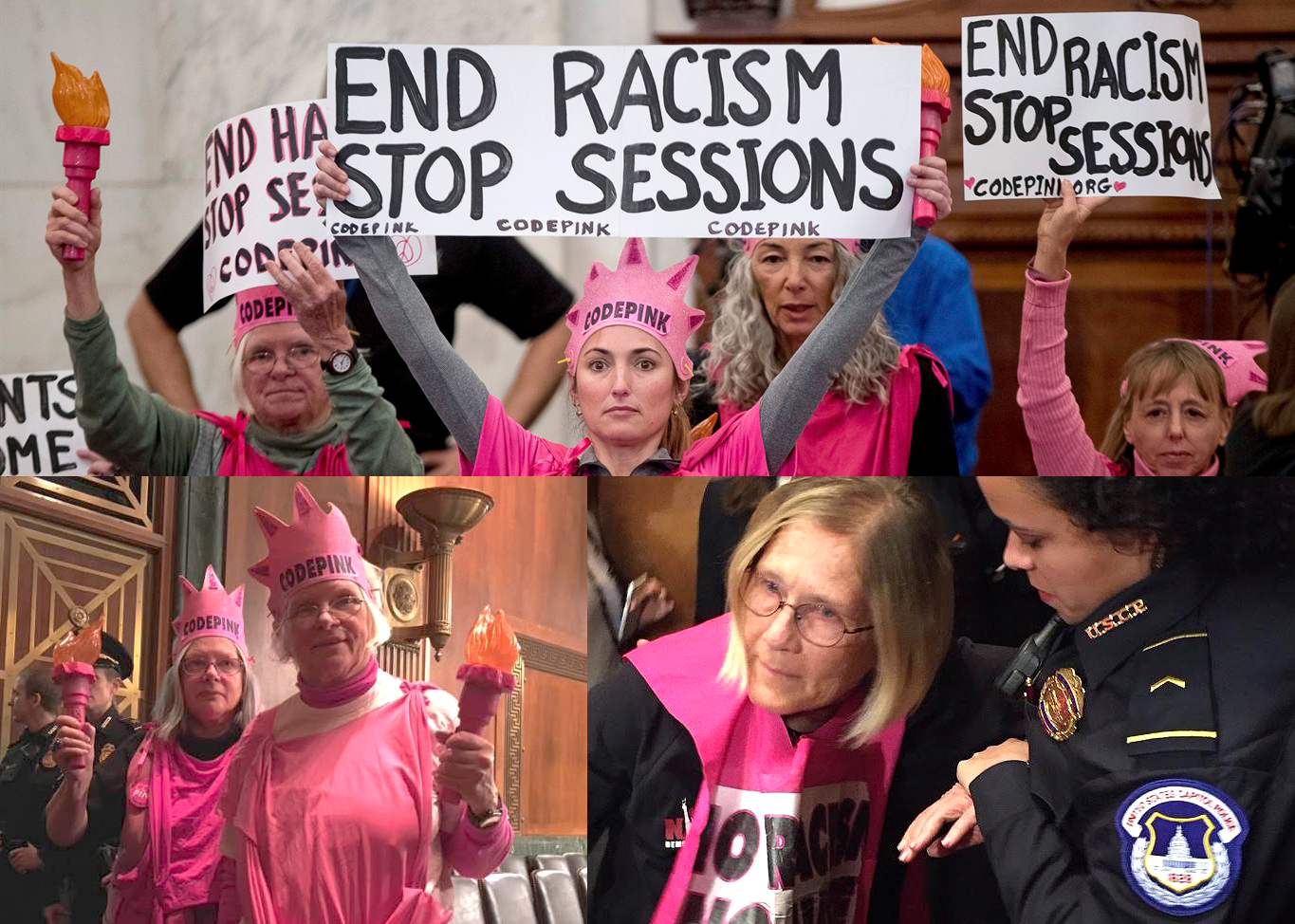 Ever since Trump’s inauguration, CODEPINK members have been in the streets and the airports, in the halls of Congress and Congressional hearings, in State capitols and local representative offices, and outside the White House and the Supreme Court. Let’s keep building the resistance.

PS. Don't forget to order one of our Refugees Welcome T-shirts!