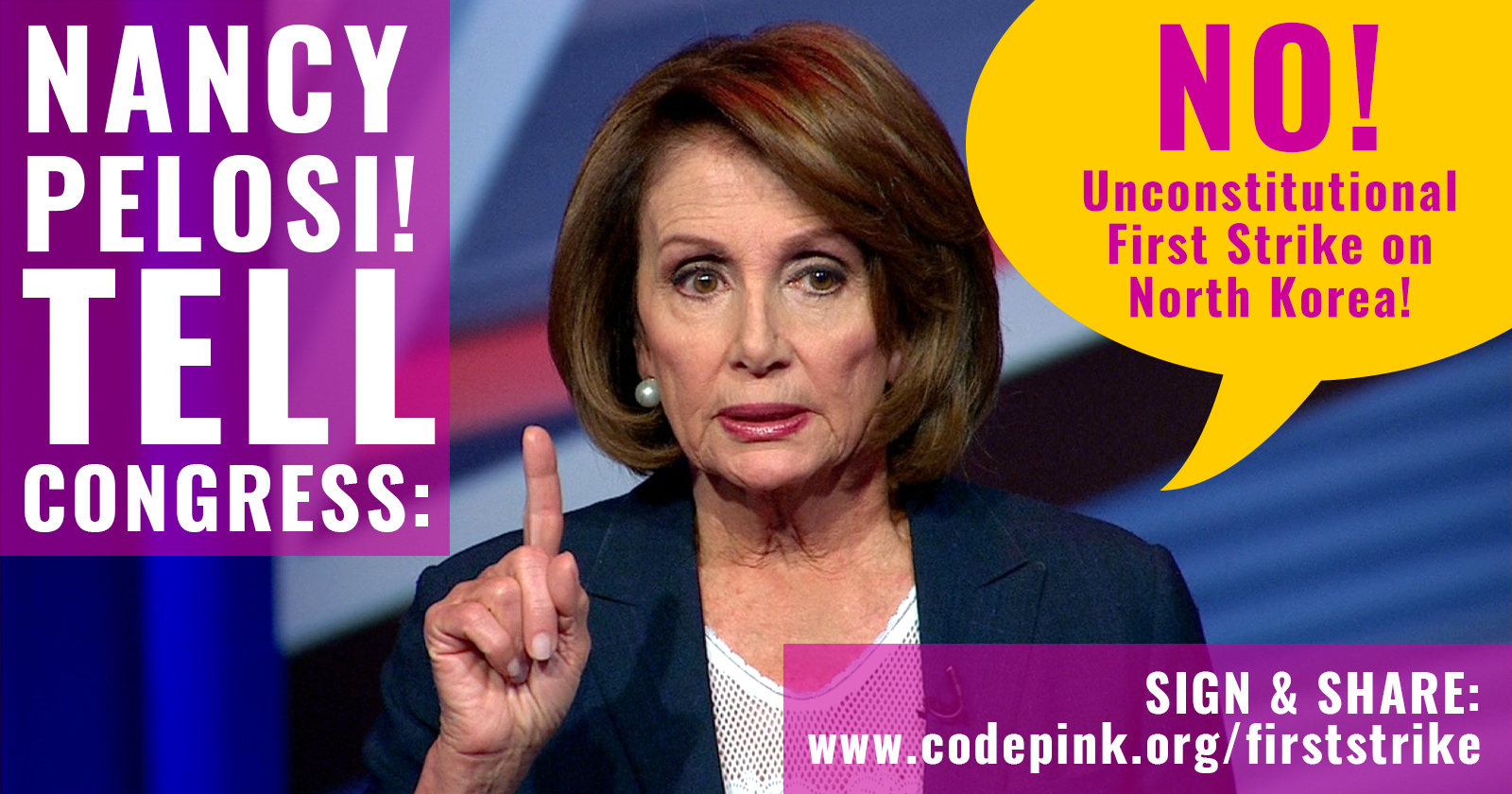 Donald Trump just visited South Korea, and while he may have softened his tone, he is continuing his threats of military confrontation with North Korea. My organization, Women Cross DMZ, has been doing just the opposite: calling for an end to the Korean War with a Peace Treaty, reunification of families, and women’s leadership in the peacebuilding process. In 2015, we organized a historic crossing of the DMZ between North and South Korea where 30 women peacemakers from 15 countries marched with 10,000 Korean women on both sides of the DMZ. Gloria Steinem, Nobel Peace Laureates Mairead Maguire and Leymah Gbowee and CODEPINK’s Jodie Evans, Medea Benjamin and Ann Wright were among the distinguished women on the delegation. Since then, we have been continuing our calls for peace.

Now, more than ever, we need women to come forward to stop Trump’s reckless policy that could take us to war. We especially need women in Congress. That’s why I was horrified that Congresswoman Nancy Pelosi just said she would be open to a GROUND INVASION of North Korea. And this is even after a recent Congressional Research Service (CRS) report said that a U.S. war with North Korea would cause up to 300,000 civilian casualties in the first few days. We need her voice to speak out for peace, not consideration of war.

The Democratic leadership has been calling for peace, diplomacy, and engagement as the way forward to resolve the Korean crisis. They’ve introduced the bipartisan, bicameral No Unconstitutional First Strike on North Korea legislation, which over one-third of House Democrats have signed on, as have several Senators. Congresswoman Pelosi’s endorsement of a GROUND INVASION of North Korea is NOT what we need right now.

Please help me tell Nancy Pelosi we cannot go to war with North Korea. Instead, she must support the No Unconstitutional First Strike on North Korea legislation. Don't forget to share this message on Facebook and Twitter!

P.S. CODEPINK is thrilled to tell you that the Department of Justice has dropped the charges against Desiree Fairooz for laughing during the confirmation hearing of Jeff Sessions. Hopefully, this good news will inspire more people to speak out and protest in the halls of Congress and the streets.