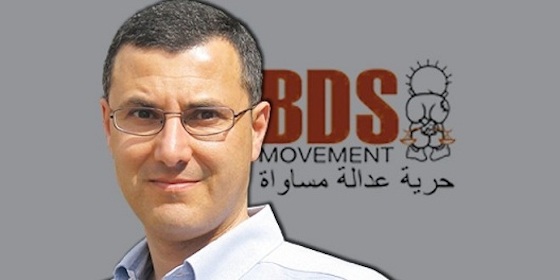 Last week we found out that Israel refused to renew travel documents for Omar Barghouti, a co-founder of the Palestinian BDS National Committee (BNC). This is effectively a travel ban, and Omar’s residency rights in Israel are also being reconsidered. In addition, an Israeli official recently mentioned Omar by name as someone who should be liable to “targeted civil elimination.”

These alarming threats against Omar Barghouti are part of an environment of escalating political repression aimed at Palestinian human rights defenders. CODEPINK, Jewish Voice for Peace, and the U.S. Campaign to End the Israeli Occupation have partnered in a letter calling on Secretary Kerry to intervene with the Israeli government on this issue and to pressure Israel to lift Omar’s travel ban.

Also last week, CODEPINK’s Ariel Gold and Youth Against Settlements’ Issa Amro met with officials in the Office of Israel and Palestinian Affairs at the State Department to deliver our earlier petition in support of Palestinian Human Rights Defenders. They mentioned Omar as someone who was facing a particularly severe threat. Only days later, the news emerged about his travel ban.

Please join us in sending a clear message to Secretary Kerry that he must intervene on behalf of our friend and colleague Omar Barghouti.

P.S. If you would like to take further action on Omar’s behalf, you can also sign a letter from the Boycott National Committee to the United Nations High Commissioner for Human Rights.