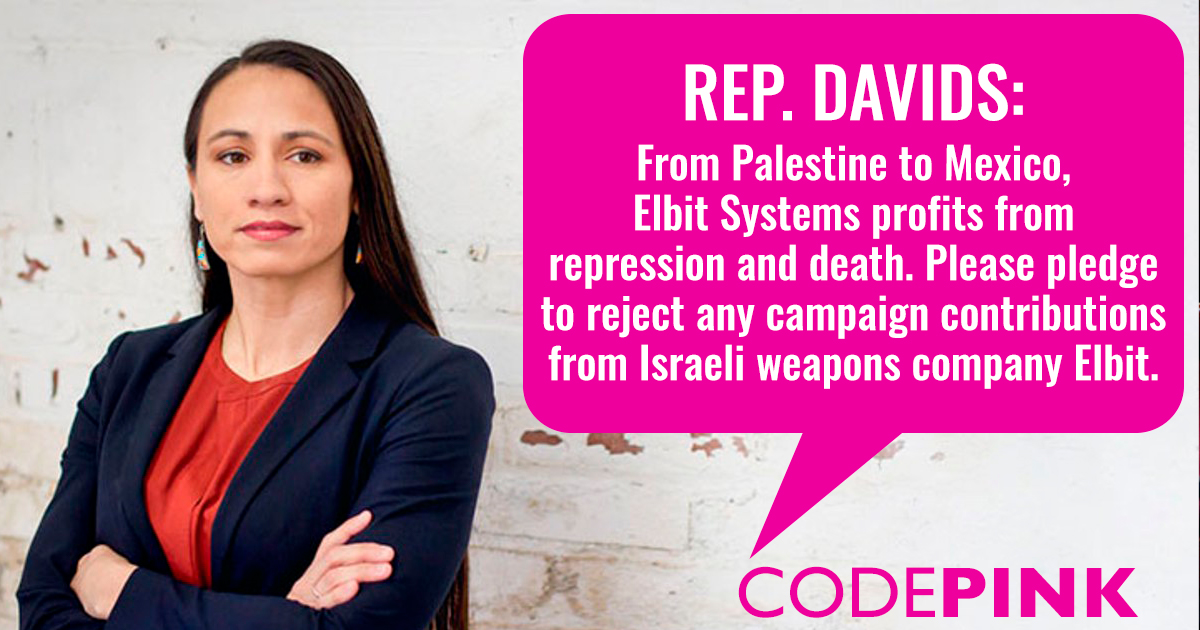 Rep. Davids' predecessor Kevin Yoder received contributions from Elbit. We are calling on Sharice Davids to do the right thing and pledge to not taking money from Elbit Systems and other companies that profit from repression and war crimes.