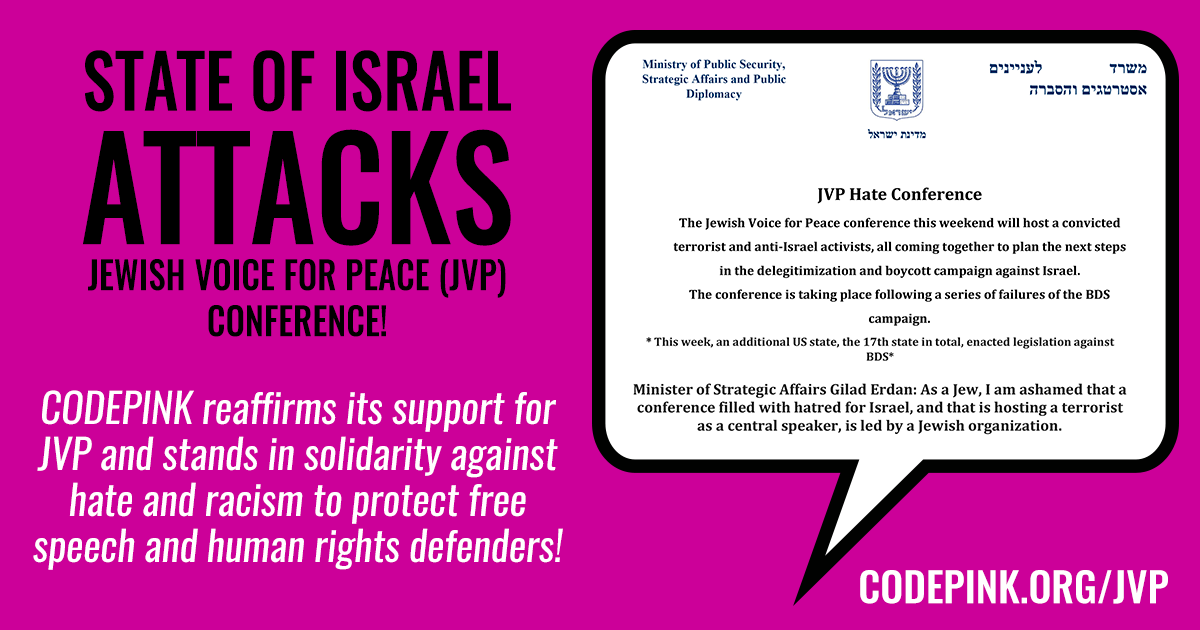 In response to the State of Israel’s statement (see below) calling the Jewish Voice for Peace’s 2017 National Membership Meeting a ‘hate conference,’ CODEPINK reaffirms its support for JVP.

CODEPINK is proud to work and collaborate with JVP on campaigns, including the Boycott, Divestment, and Sanctions campaign, and to protect free speech and human rights defenders.

CODEPINK is excited to attend the JVP conference and hear the speakers slandered by the State of Israel, including Rasmea Odeh who, in 1969, survived torture and sexual assault which led to her false confession in Israeli military court.

CODEPINK stands by its condemnation of Israel’s use of torture. We reaffirm our opposition to President Trump’s stated intention to return torture as an instrument of American policy, the continuation of U.S. blind financial and diplomatic support for Israel, and failure to oppose Israeli settlement expansion.

State of Israel’s statement (Click below to open PDF version)