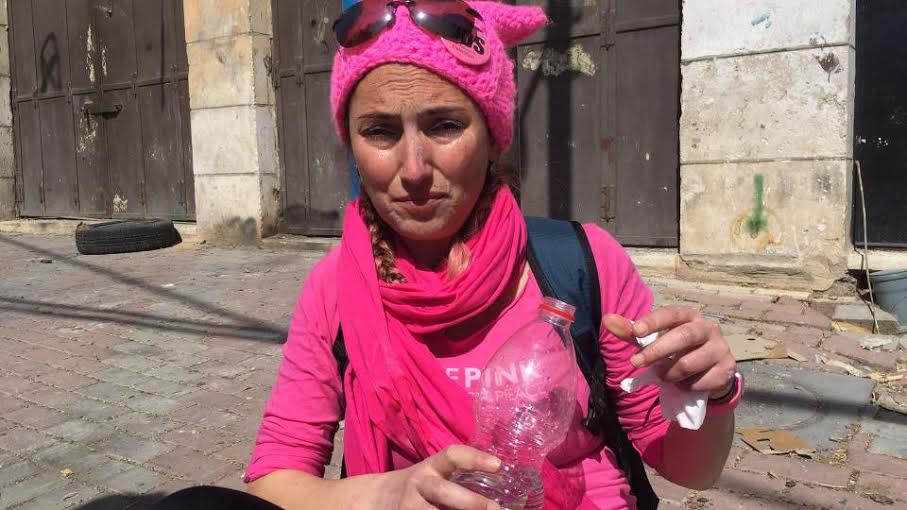 CODEPINK's Ariel Gold suffered so much gas inhalation she had to be carried out by a medic.

February 24, 2017, Hebron, Palestine - The Israeli military attacked the annual Open Shuhada Street protest of around 1,000 people, organized by Youth Against Settlements. Hundreds of fully armed army and border patrol troops opened fire as soon as eye contact was made with the protesters. The protesters included local and international journalists, activists and members of Veterans For Peace who came to Hebron to stand in solidarity with the Hebron community. The protest commemorated 23 years of closures, restrictions, and segregation in Hebron that began after  the Ibrahimi mosque massacre in 1994 when 29 Palestinians were killed in worship and 125 injured by a Jewish-American settler, Baruch Goldstein

Israel responded by closing Shuhada Street, which had previously been the main marketplace and thoroughfare in Hebron. Shuhada Street remains almost entirely closed to Palestinians today. Hundreds of shops have closed, and front doors to many Palestinians houses remain sealed shut.

The protesters began in front of the checkpoint at the entrance to Shuhada Street. They threw shoes at a picture of President Donald Trump to show their disrespect.

"Today, we are here to send a message to Trump administration, that we exist. We deserve full rights as everybody in the world. We disrespect this president who does not see us as equal human beings with everyone. Palestinians will not give up their rights. They will not give up their freedom. As Palestinians, we are working for justice, equality and self-determination," said Issa Amro, founder of Youth Against Settlements who organized the shoe throwing. 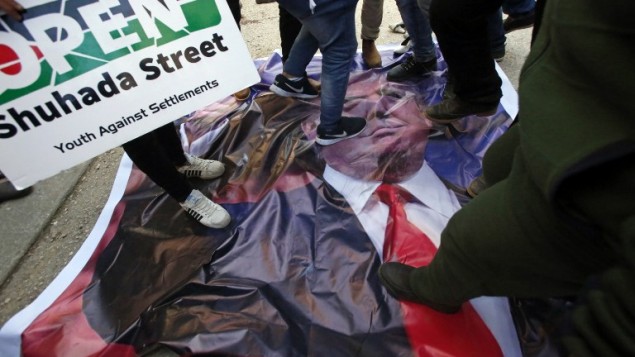 The protestors then marched from city center to the entrance to Shuhada Street where they attempted to enter the street. The Israeli army attacked them with tear gas sound bombs, and carried out acts of physical assault against the nonviolent protesters. The protesters engaged in the demonstration to make their voices heard that the Israeli administration must evacuate Israeli settlers, allow Palestinians back onto the street, and reopen the closed Palestinians shops. CODEPINK's Ariel Gold suffered so much gas inhalation she had to be assisted out by a medic.

“This was our eighth year of demanding the opening of Shuhada Street, that Israel end its human rights violations and take the settlers out of Hebron. The settlers live here illegally carrying out of violence without any accountability. It has been 50 years of occupation and 23 years since the Ibrahimi mosque massacre. It is time that we have justice and equality,” stated Youth Against Settlements founder Issa Amro. 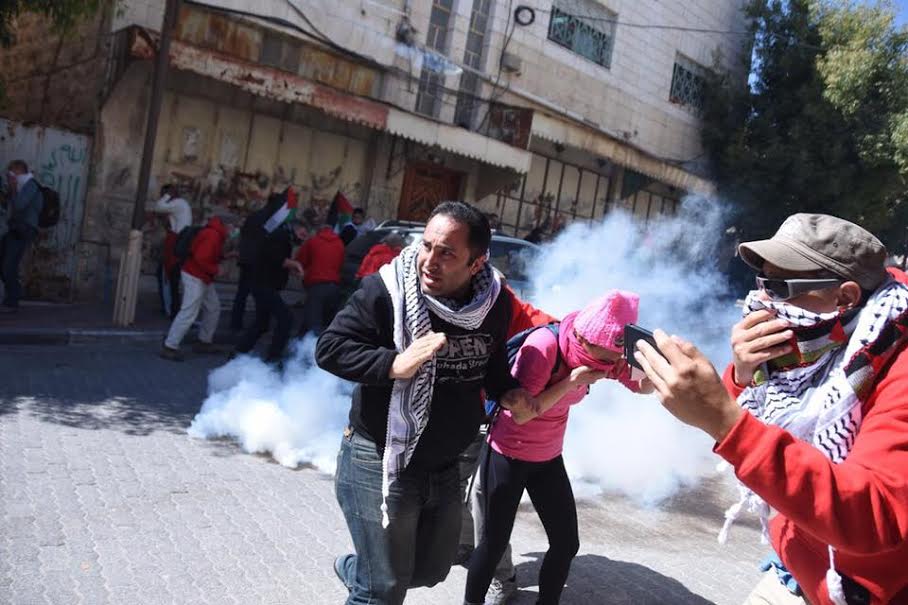 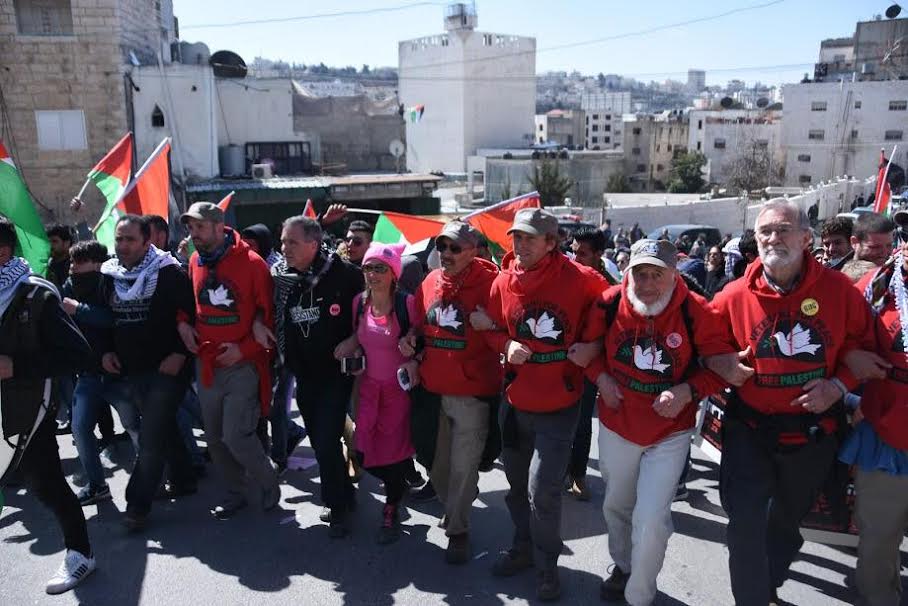 Above photos by Ellen Davidson. 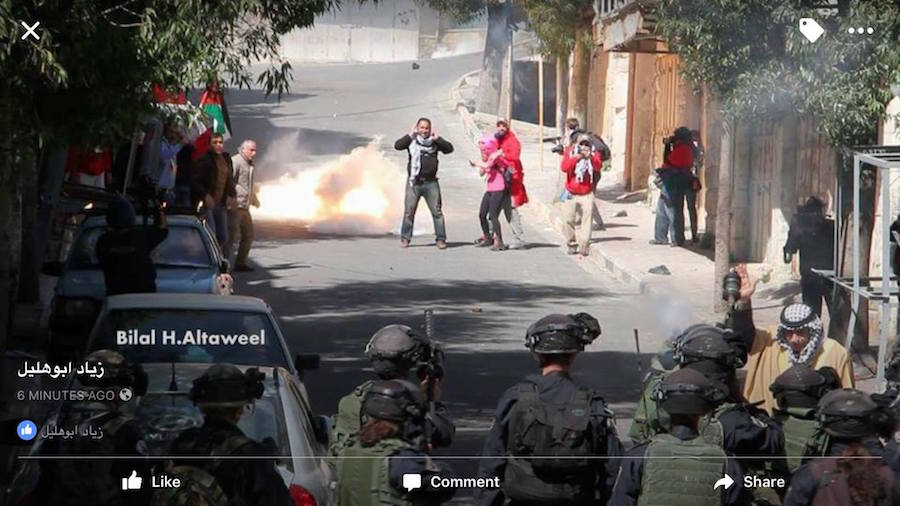