Israel reducing electricity to only 2-3 hrs per day 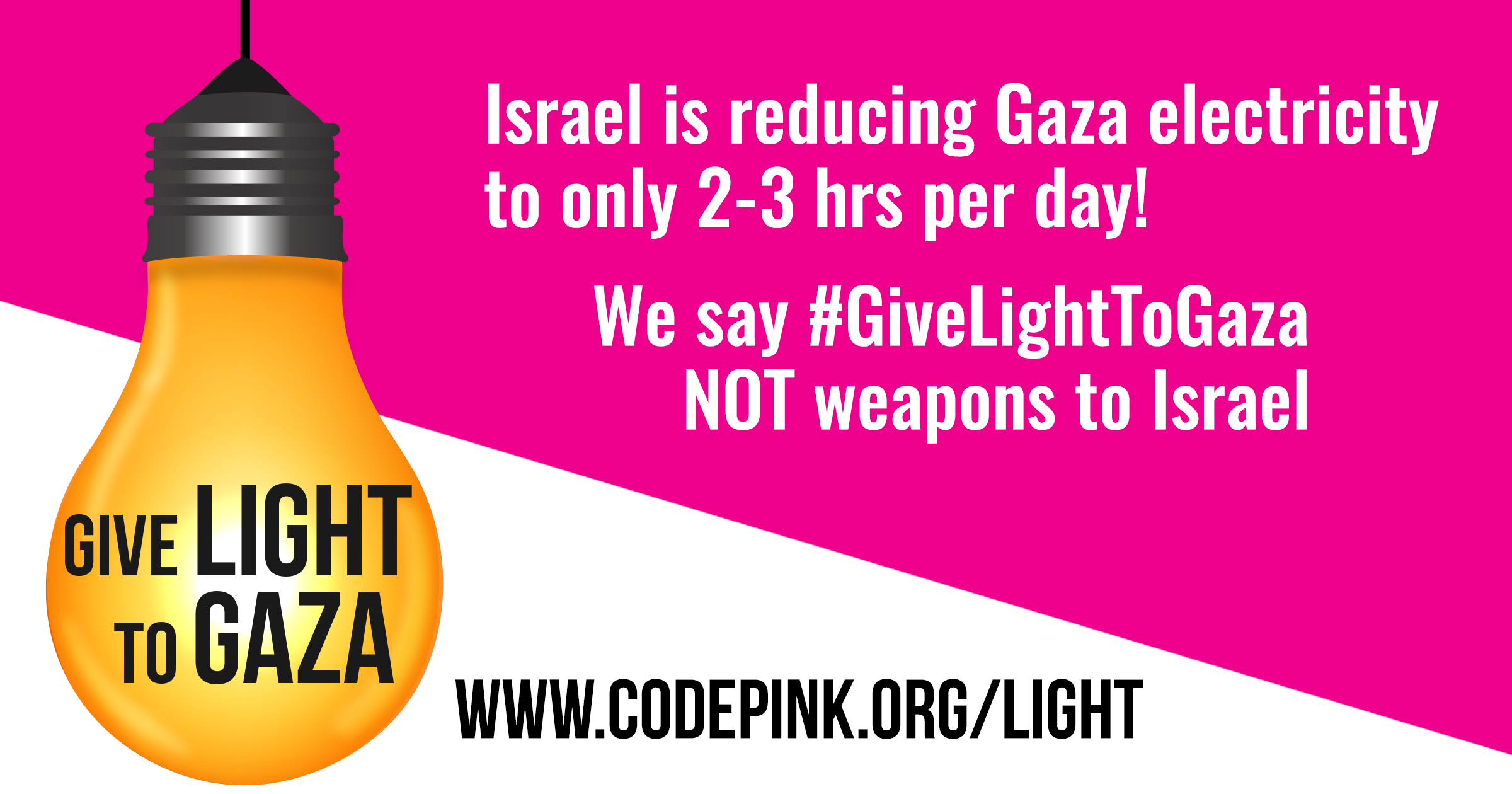 This week Israel started to gradually reduce Gaza’s electricity. The people of Gaza were surviving on only four hours of electricity per day - now they will receive only 2 ½ hours. Amnesty International has said these electricity cuts “will have a disastrous impact on Gaza’s battered infrastructure and cause a public health disaster.” Gaza’s sewage treatment facilities were already barely functioning and hospitals struggling to serve their patients through diesel powered generators. The densely populated area of 2 million simply can’t handle further reductions.

Instead of supplying $3.8 billion to Israel for weapons, the US should give electricity to Gaza.

The decision to cut Gaza’s electricity came about when the Palestinian Authority, as part of their feud with Hamas, requested to no longer have Israel deduct Gaza’s electricity bill out of the tax revenues Israel collects on behalf of Gaza and the West Bank. Israel responded by agreeing that it would cut Gaza's electricity by 40%.

Under international law, Israel is responsible for ensuring the basic needs of Gaza’s civilian population. However, they continuously fail to do so. Instead, for the past ten years, they have held Gaza under a crippling siege and carried out military assaults that decimated the population and destroyed Gaza’s infrastructure.

Tell the US to give light to Gaza, not weapons to Israel!

Rather than providing uncritical financial and diplomatic support for Israel, the US must hold Israel accountable and act to mitigate the humanitarian crisis in Gaza. Share this on Facebook and Twitter.

Holding Gaza in our hearts.
Ann, Ariel, Medea and the entire CODEPINK team

P.S. We are in our last push to get members of Congress to sign onto the letter to protect Issa Amro. Tell your member and tell them to #StandWithIssa!