Is Iran the only adult in the room? 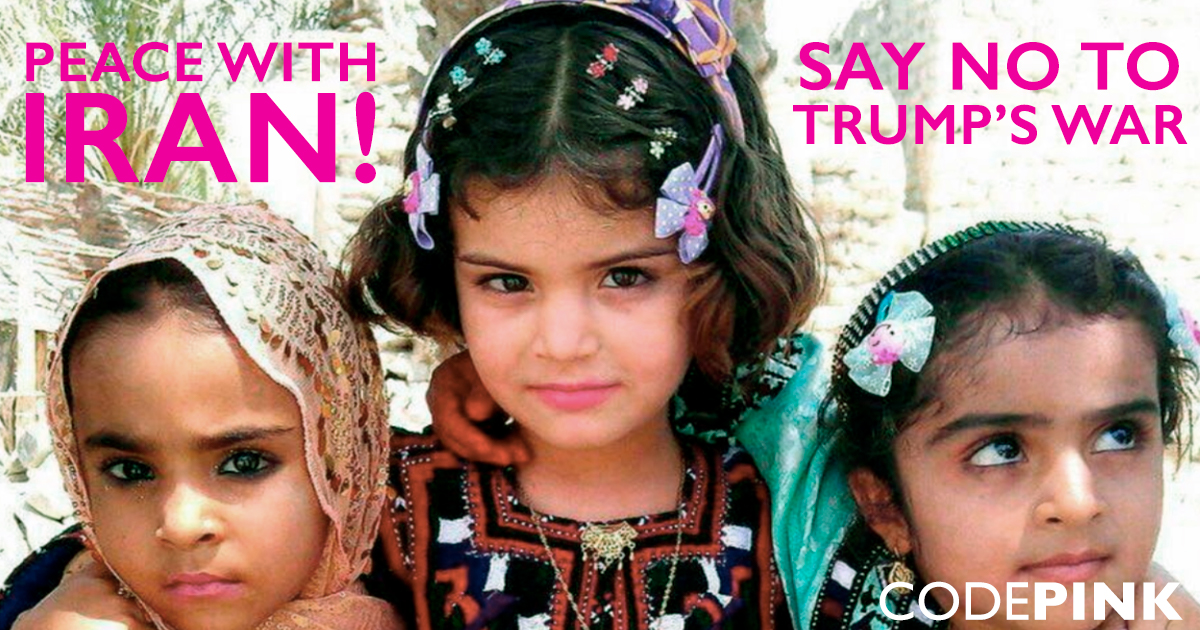 Last night bombs were falling and it seemed like another major Middle East war was breaking out.

But Iran intentionally didn’t cause any casualties with its missile attack on the Ain al-Assad and Erbil U.S. military bases Iraq. Iran warned Iraq and probably even the U.S. before the strike so people could evacuate the area. Iran announced that its retaliation for General Soleimani’s assassination would be complete as long as the U.S. does not retaliate, leaving the ball in Trump’s court.

Even though Trump is not striking back militarily, we are still on the brink and we must MOBILIZE QUICKLY to stop this war.

Tomorrow, on January 9, in over 100 cities across the U.S., people will be taking to the streets to say PEACE WITH IRAN!

Find and join a protest in your city!

The assassination of Gen. Qassem Soleimani is the most dangerous foreign policy decision that Trump has made to date and responsibility for the present crisis rests solely at his feet. Trump’s tearing up of the Iran nuclear deal and imposing brutal sanctions laid the groundwork for the conflict to snowball. It is now up to us the people to stop the escalation and push Trump to lift the sanctions and withdraw U.S. forces from the Middle East.

Along with attending a protest tomorrow, Thursday, January 9, here are a number of other actions for you to take:

We are proud to be partnering with the National Iranian-American Council, Jewish Voice for Peace, American Muslims for Palestine, ANSWER, Black Alliance for Peace, Veterans for Peace, Pastors for Peace and almost 100 other organizations. We must do everything that we can to stop Trump’s war on Iran, including the economic warfare of sanctions.

While Trump tries to goad Iran into war—going so far as to threaten war crimes—we will continue to respond with principled love for the people of the Middle East, who have already suffered for way too long from U.S. violence and aggression.

We must stop the next war,