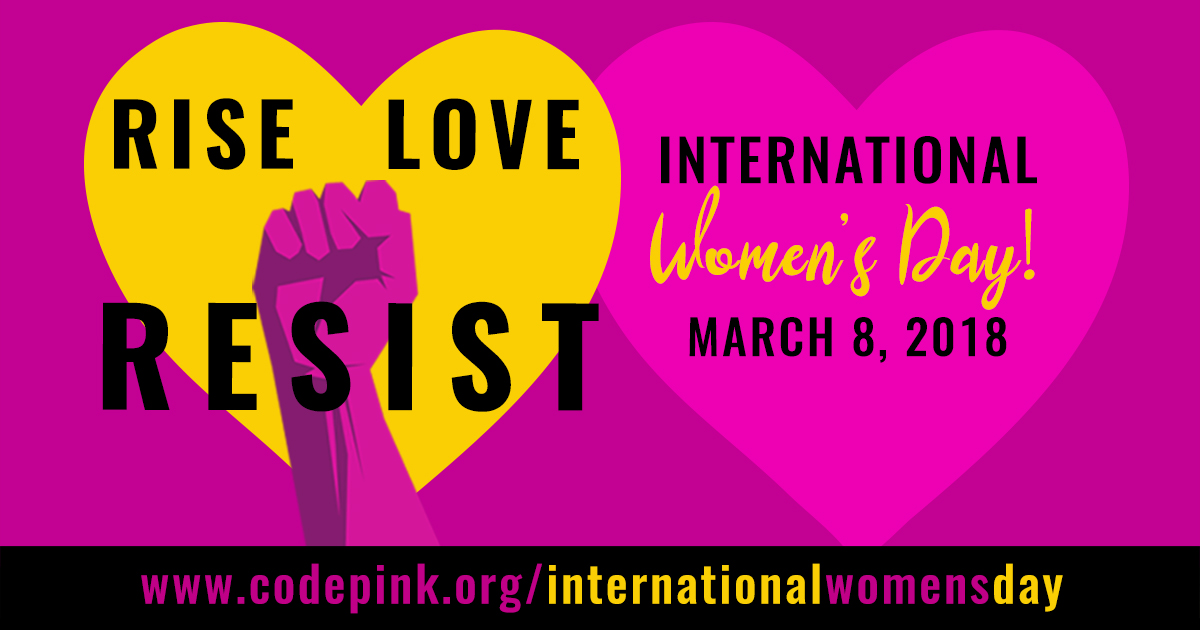 The International Women's Strike on March 8th, 2018 is an international day of action, planned and organized by women in more than 40 different countries. It will be a day of action organized by and for women who have been marginalized and silenced by decades of neoliberalism directed towards working women, women of color, Native women, disabled women, immigrant women, Muslim women, lesbian, queer and trans women.

This international feminist movement will not only organize resistance against the new fascist waves and misogynist narratives and policies, but also against the conditions that produced this hate and violence, namely the decade's long economic inequality, racial, sexual, and state violence, and imperial wars abroad. We will mobilize for days of striking, marching, blocking roads, bridges, and squares, abstaining from domestic, care and sex work, boycotting, calling out misogynistic politicians and companies, striking in educational institutions.

We oppose the institutional, political, cultural and economic attacks on Muslim and migrant women, on women of color and working and unemployed women, on lesbian, gender nonconforming and trans women. We say "Feminism Not Militarism!"

During the massive worldwide actions, we have witnessed and participated in these past weeks, we are inspired by the power and solidarity of the people. We have marched, disrupted, and protested, and we will continue to do so, as we build the strong connections we need to create a better world. This International Women's Day, we have the opportunity to rise in solidarity with people around the world and unveil the violence and exploitation that many groups of peoples face. Let's take this energy and direct it locally towards concrete changes we want to see in our communities and cities.

Join us as we rise, love and resist more radically and creatively!

1. Join or organize an action

There will be a variety of International Women's Day actions across the globe. Some common action ideas include organizing a strike or march through your town or city, a rally with speakers and dance with a drum circle in your central plaza, a candlelight vigil, a potluck, or a community discussion. Some actions uniqueness will simply be their locations — is there a place to hold your event that is particularly important to your community, or symbolic? Examples include City Hall, Federal Building, Consulate, Embassy, community center, university, or local worship space. Let us know if you decide to organize or join an action/event so that we can support you!!

3. Take a picture with your message and post it on social media

6. Pledge to work with CODEPINK to stop those who are making a killing on killing and stealing our future!