I Opened the US Embassy in Kabul, Don't Close It Now 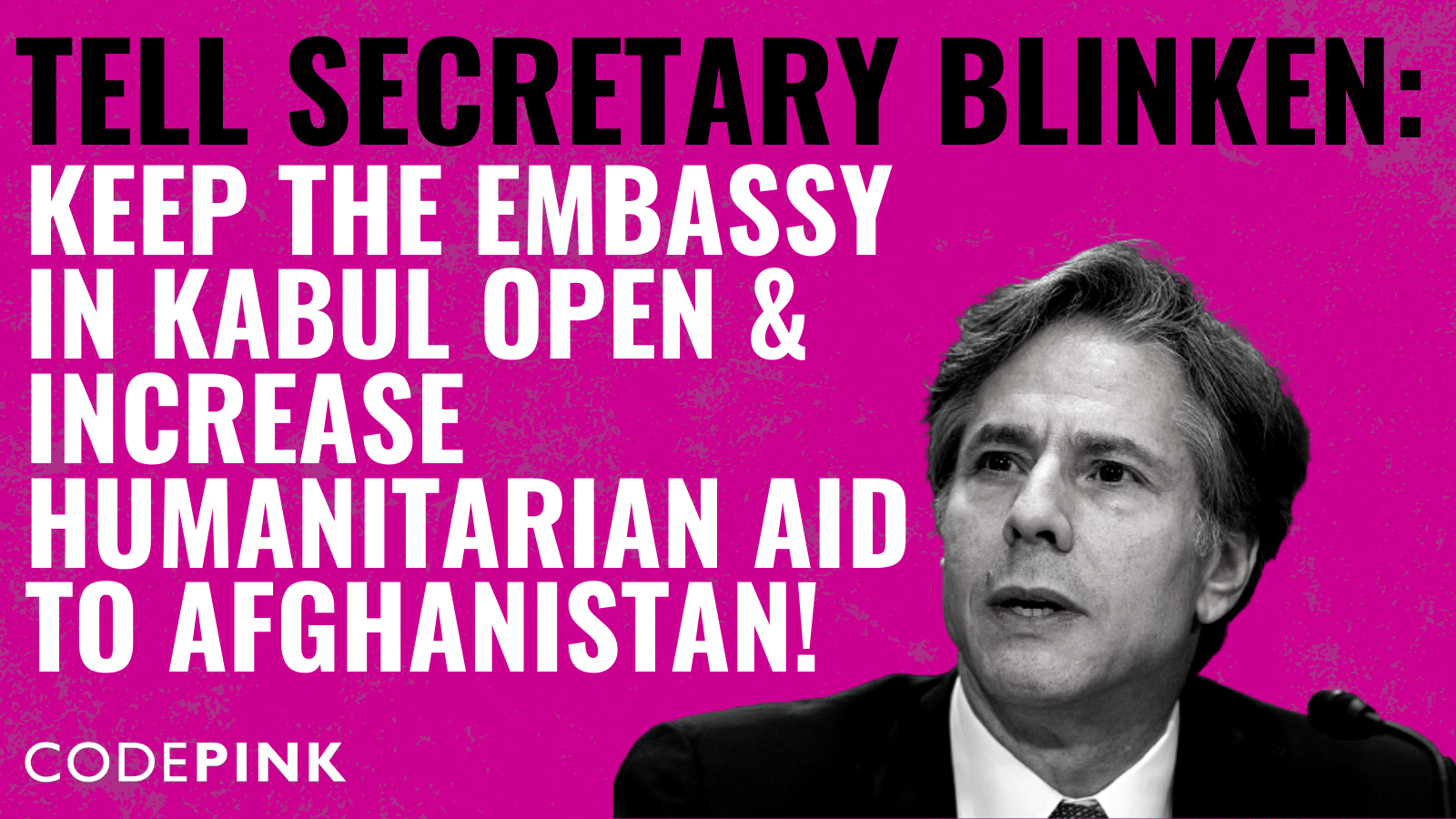 Before I joined CODEPINK and Veterans for Peace, I served 29 years in the U.S. Army as a Colonel and 16 years in the State Department as a U.S. diplomat stationed all over the world. That included Afghanistan, where I helped reopen the U.S. Embassy in 2001 after the fall of the Taliban. Now, 20 years later, I am appealing to U.S. Secretary of State Antony Blinken to keep our embassy in Kabul open and provide humanitarian funding for the crisis in Afghanistan.

Join my letter to Secretary Blinken calling for the U.S. Embassy to Kabul to remain open and for the U.S. to provide humanitarian assistance to those internally displaced by the fighting.

I hope the Biden administration is sincere in its promise that it will not abandon the Afghan people after 20 years of occupying their country. I hope it sincerely wants to provide humanitarian assistance to help ease the crisis, as well as for long-term health, education, and infrastructure projects. After all, if we could spend an average of $300 million a day on war, we can certainly find the funds to save Afghan lives.

According to the UN refugee agency, the UNHCR, there are over three million Afghan internal refugees in dire need of food, shelter, clean water, and medical care. The UNHCR has issued an urgent appeal for $350 million--less than the cost of two days of war. The U.S. should pay the bulk of this appeal.

I’m no supporter of the Taliban—its violence, its treatment of girls and women. But I don’t want the U.S. to retaliate against the people of Afghanistan by closing our Embassy and withholding desperately needed funds. Cutting aid to Afghanistan will only hurt Afghans, not the government.

In 2003, I publicly resigned from the U.S. State Department in protest of the U.S. invasions of Afghanistan and Iraq. I soon joined CODEPINK and Veterans for Peace and have devoted my life to writing, speaking and taking action to end U.S. wars and militarism. As a peace activist and citizen diplomat, I have been to Afghanistan several times in the past 20 years. I have seen, firsthand, how the people have suffered and how deeply they long for peace. That is why I am appealing to Secretary Blinken, and the entire Biden administration, to keep the U.S. Embassy in Kabul open and provide humanitarian assistance for the millions of Afghans displaced by two decades of war.

Join my letter to Secretary Blinken calling for the U.S. Embassy to remain open and for the U.S. to fund the UNHCR as a first step towards accountability for all the damage we have caused in Afghanistan over the past 20 years.

P.S. On the anniversary of 9/11 make sure to join CODEPINK, Vijay Prashad, Jodie Evans, Medea Benjamin & more at the online event “Never Forget: 9/11 and the 20 Year War on Terror”.