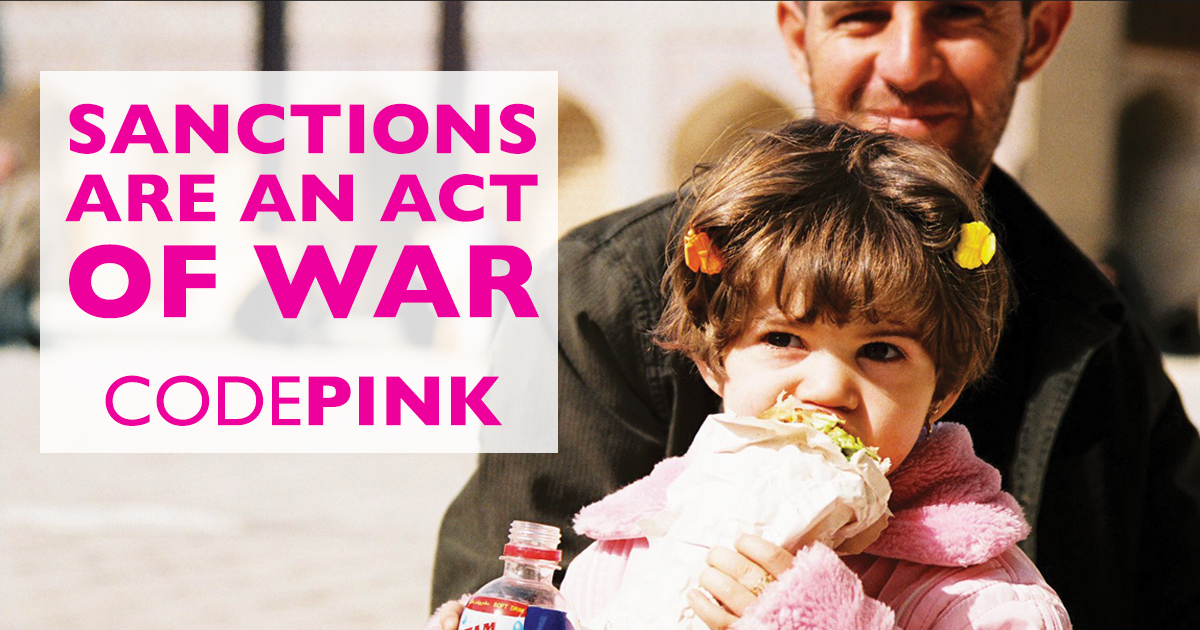 I left my homeland of Iran in 2000 to emigrate to the United States and upon arrival in the U.S., I was shocked and fearful. As a new immigrant, I endured such Islamophobia and ignorance as being asked if I had ever driven a car before, if people in Iran wore shoes, and if my family owned an oil well.

The U.S. misinformation campaigns used to dehumanize Iranians—such as when Mike Pompeo and Brian Hook accuse Iran of not behaving like a “normal country”—cause real harm. They feed fear and hatred, desensitizing the American people to think it’s fine to apply crippling sanctions on Iranians or launch missiles at us.

To help dispel ignorance, build relationships, and prevent a war with Iran, I am honored to invite you to visit my county this May 25-June 4 as a CODEPINK citizen diplomat for peace. Please sign up now to travel with CODEPINK to Iran this spring or donate to the scholarship fund for young people of color to join the delegation. CODEPINK is one of the very few organizations in this country that organizes trips to Iran. So I encourage you to take advantage of this unique and rare opportunity.

The sanctions on Iran are nothing short of warfare. Along with the economic hardships they are causing—the price of everything from housing to food to transportation in Iran has skyrocketed—people are unable to get the medications they need. On top of all of that, the hard-liners in Iran are being emboldened. Iran’s next parliamentary election is about to take place and thanks in part to the sanctions, the more moderate candidates—the candidates I would be supporting if I were in Iran right now—have been disqualified from running. Please contact your Representative in Congress and ask them to co-sponsor Rep. Ilhan Omar’s legislation, the Congressional Oversight of Sanctions Act, to end America’s policies of bullying through sanctions. It is part of Omar’s Path to Peace package of legislation to transform America’s foreign policy.

Since immigrating to the U.S., I have organized 14 citizen diplomacy delegations to Iran for peace activist delegates to experience first-hand the beauty, hospitality, and humanity of the Iranian people. The delegations have resulted in new friendships based on common understanding, collaboration, and peacebuilding. Sign up now to join the May 25-June 4 CODEPINK Citizen Diplomacy Peace delegation to Iran. If you can’t come on the delegation yourself, you can participate by making a donation for young people of color to receive a scholarship to join the trip.

Towards peace with Iran,