Have a heart Ivanka! 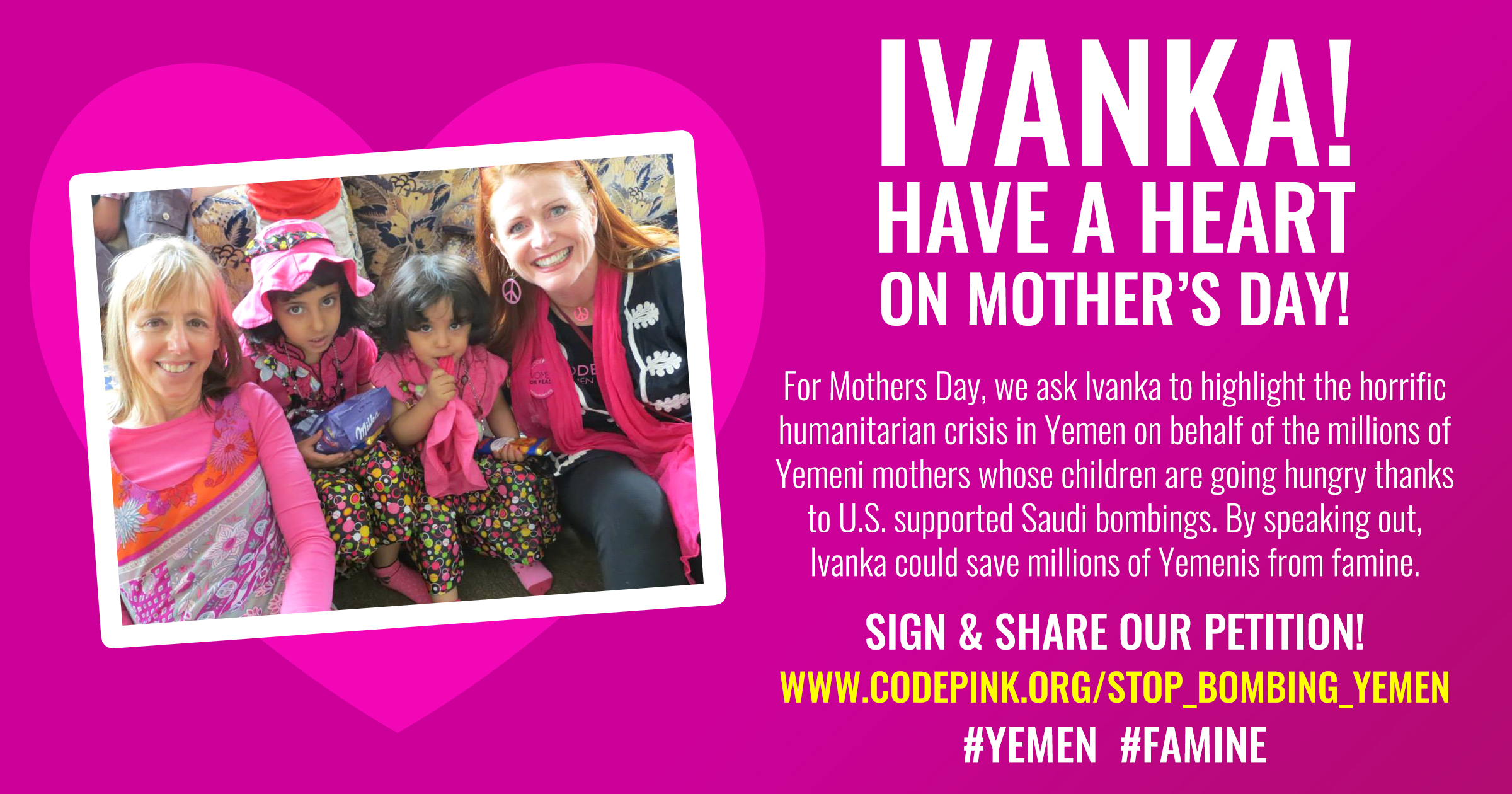 After Donald Trump bombed Syria, his son Eric told the Daily Telegraph “Ivanka is a mother of three kids and she has influence. I’m sure she said ‘Listen, this is horrible stuff.’ My father will act in times like that.” Bombing is horrible stuff, too. If Ivanka Trump has that kind of influence over her father—more influence, it seems, than the Secretary of State—we need to urge her to wield that influence in a way that doesn’t lead to more suffering. She recently told the US Ambassador to the UN, Nikki Haley, that she wants to address some of the world’s worst humanitarian crises.

Let’s hold her to that.

For Mothers Day, let’s ask Ivanka to highlight the horrific humanitarian crisis in Yemen on behalf of the millions of Yemeni mothers whose children are going hungry. By speaking out, Ivanka could save millions of Yemenis from famine.

Aid groups, the UN, former U.S. officials and 55 House Members have warned that if the U.S. helps Saudi Arabia with its imminent attack on the Yemeni port of Hodeida, where most humanitarian aid enters, we will almost certainly push Yemen into a full-blown famine.

To prevent even more horrific suffering, the U.S. must stop the Saudis from attacking the port, halt weapons sales to Saudi Arabia, and call for a ceasefire and a political solution.

Urge Ivanka to reach into her heart as a mother and speak up for the mothers in Yemen by signing our petition, which we will hand deliver to Ivanka’s house for Mother's Day. And don't forget to share the image on top of this email on Facebook and Twitter.

Thank you for speaking up for the mothers in Yemen, yourself, and for standing for peace and justice every day.

PS. Join us for Mothers Day in New York City where, together with Grannies for Peace, MADRE and WILPF, we will re-enact the original Mother's Day Proclamation by Julia Ward Howe calling on the world to “Disarm, Disarm” and celebrate women peacemakers. Or join other events in Dallas and Washington D.C.