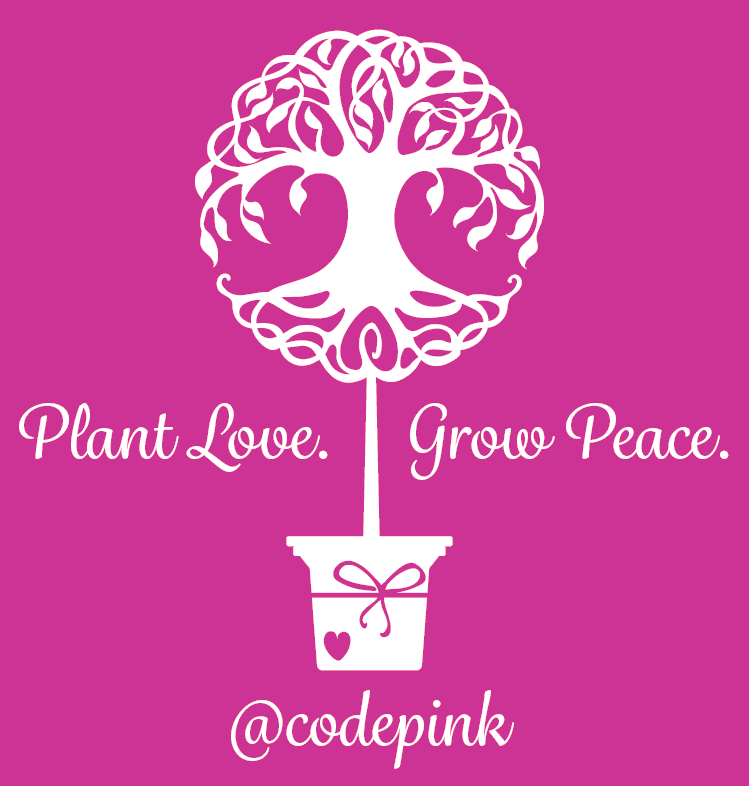 While we were disrupting the DNC and RNC, we took the time to hear from our CODEPINK members in Cleveland and Philly who are growing their Local Peace Economies. They were effervescent with reports of getting out of the house, off their screens and into their communities. What each had started was now mushrooming and their community was growing with ease. They were beaming with joy and radiance as they told us their stories.

Have you taken the Peace Economy Pledge? Join them! 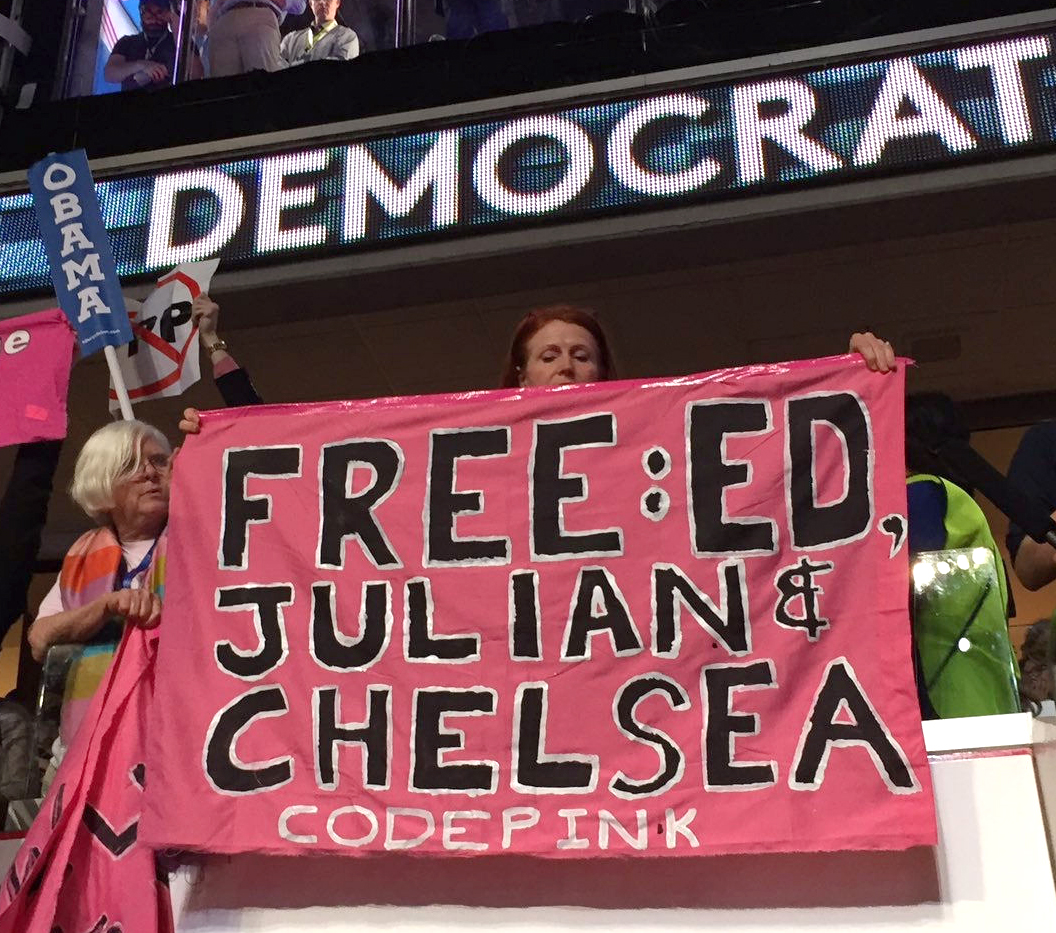 Janet Wilson who has created Pueblo House in Colorado is building community-led centers and affordable housing, tending gardens, practicing art and music, and strengthening relationships. She sees that love is a more powerful than hate and that cooperative and loving values will change the world. She dropped the No War banner at the DNC just above the banner Jodie and Paki held that read Free: Ed, Julian, and Chelsea while Obama spoke on Wednesday night. 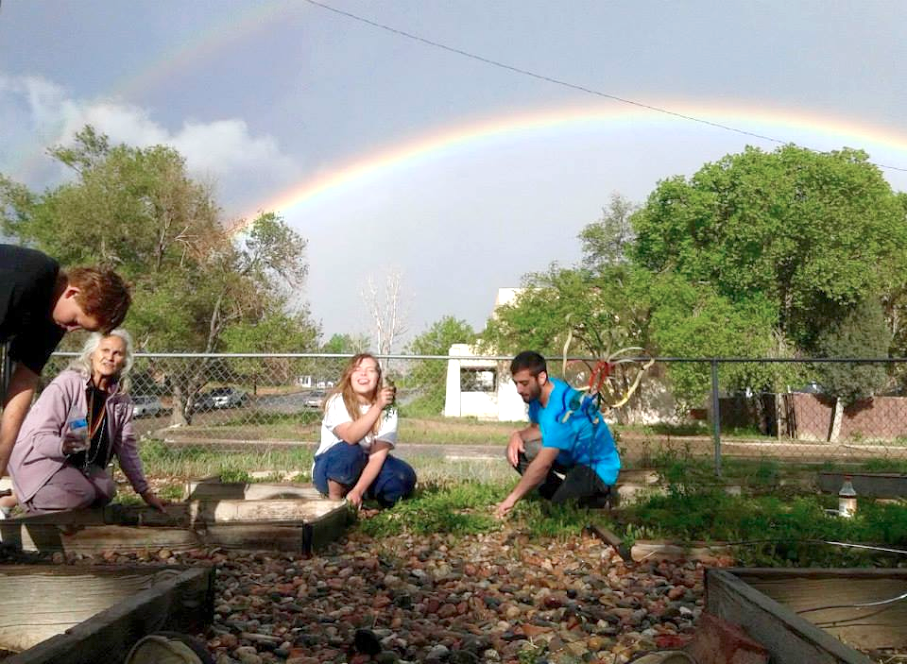 This election cycle has clearly shown us that we need to organize locally, and build relationships from our values. For this to be a just transition, together we must find ways to divest from the violent, extractive, war economy, and build just, peaceful, resilient, and regenerative ways of living so we ALL can thrive.

Sign the peace economy pledge and join us as we create this path together!

Learn more about some steps you can take to divest from the war economy and invest your energies, heart and time in growing your local peace economy instead. Next month, we will be hosting a call about just transition and steps people have taken to grow peace economies. Sign the pledge to get more information about the call.