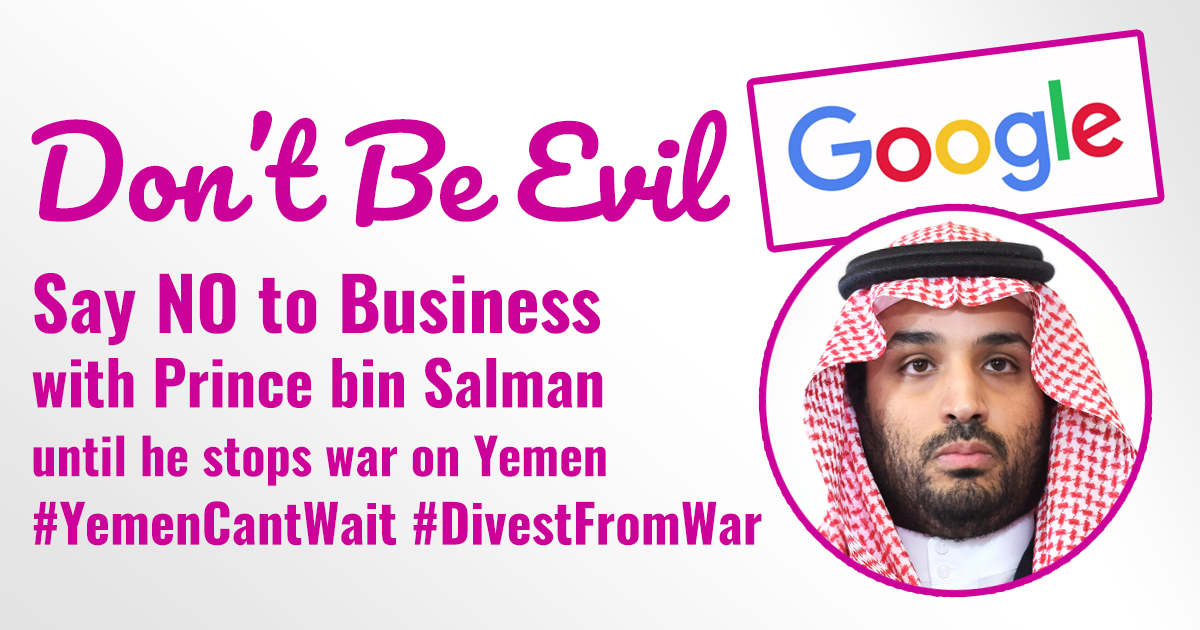 CODEPINK: Women for Peace applauds the employees at Google who are taking a stand against war.  Google’s involvement in Project Maven will undoubtedly aid military drone attacks.  Project Maven is a Pentagon program to use artificial intelligence and computer algorithms to increase the efficiency of military attacks. Drones, used by the US military in countries ranging from Afghanistan and Pakistan to Yemen and Somalia, have killed thousands of civilians with the pressing of a button by a “pilot” sitting safely in a military base thousands of miles away. Drones have been used recently by the Israeli army to drop tear gas on peaceful Palestinian protesters in the Gaza Strip during the Great Return March. CODEPINK has been fighting against drone warfare since it began. In our latest action on April 3 at the Nevada Creech Air Force Base, a base for drone pilots, four activists were arrested in an attempt to call attention to the civilians killed by US drones.

Google executives, in a meeting with Saudi Crown Prince Mohammad bin Salman, are also exploring the possibility of going into business with this absolute dictator who is waging a catastrophic war in Yemen and is responsible for cruel and repressive policies against dissidents his own country.

These actions by Google executives run counter to their stated policy of “Don’t Be Evil.” CODEPINK stands in solidarity with those employees who are fighting back to stop their company from being complicit in waging war for profit.

We encourage other employees and concerned citizens around the country, inspired by the action of the Google employees, to take a similar stand. Is your employer involved in the business of war? Is your university? Your city?  Follow in the footsteps of these brave employees at Google and speak up! Act. Resist. Organize. We have the power to take a stand against war and create an economy built upon peaceful uses of our resources, talents and investments.

Find out more at www.divestfromwarmachine.org and www.codepink.org/dont_be_evil_google  or contact Sarah at 202-486-9007 or [email protected]