From Palestine, with love 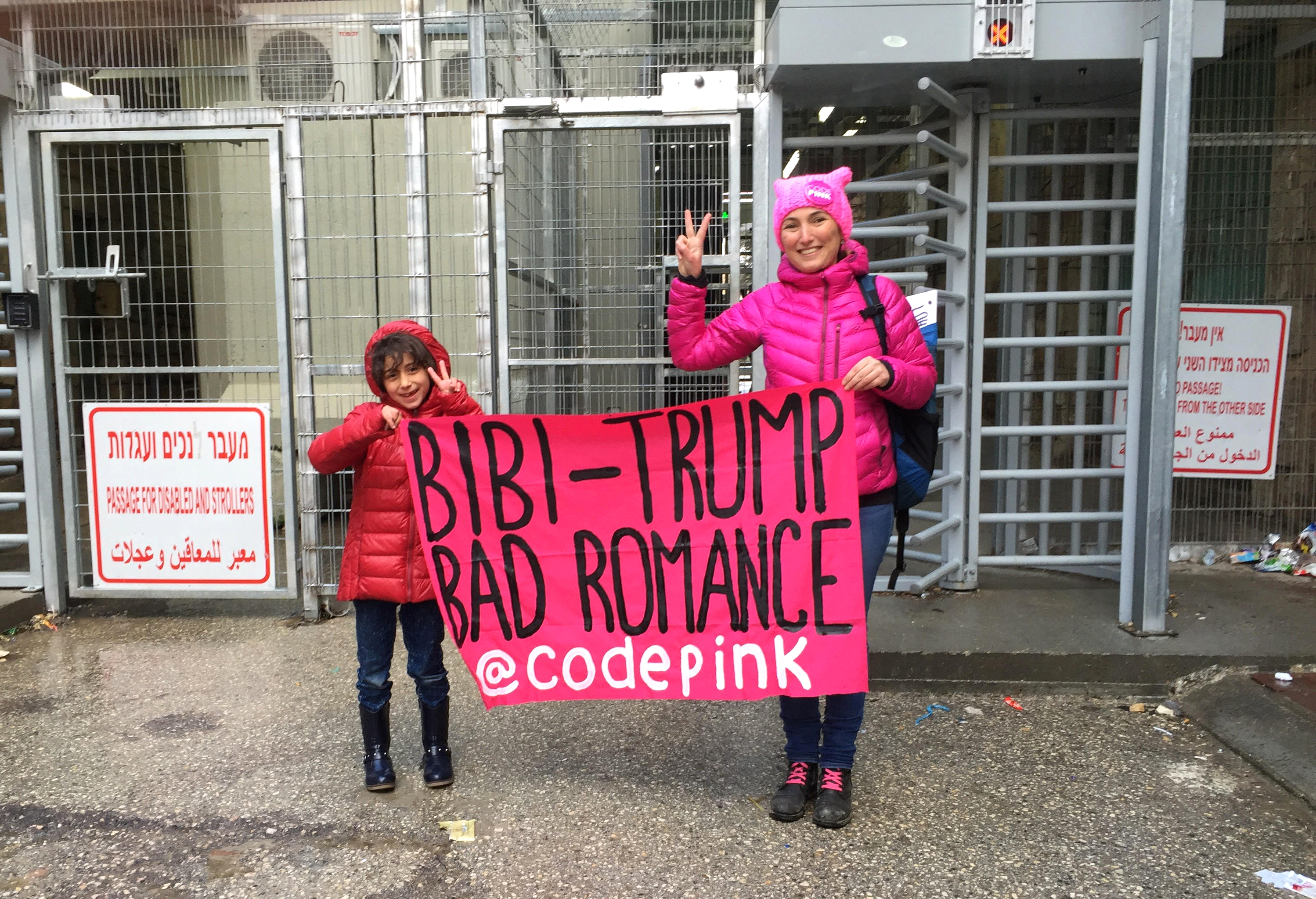 I just arrived in Hebron 2 days ago, a city filled with dozens of humiliating checkpoints for Palestinians, designed to keep the illegal Israeli settlers “safe.”The most notorious of them is checkpoint 56 at the entrance to Shuhada Street. The front of the checkpoint looks like a maximum security prison. You wait outside a turnstile until the light turns green and you are allowed to move. You then walk through bars, metal detectors, and armed soldiers before you finally reach more gates and another turnstile where you again have to wait for a green light to exit. Children go through this on their way to and from school and Palestinian families must pass through these checkpoints every time they want to buy milk, bread, and other essentials.

David Friedman, Donald Trump’s pick for ambassador to Israel, is a supporter and funder of the settlement movement that makes such things part of daily life for Palestinians. Friedman wants to give the West Bank entirely to Israel. He has raised millions of dollars for Israeli settlements, and wants to move the US embassy to Jerusalem, an action that will destroy the last bit of hope Palestinians harbor for a better life. We must stop Friedman from being confirmed as US ambassador to Israel.

Sign our petition asking the US Senate not to confirm Friedman. We will deliver this petition during Friedman’s confirmation hearing in the Senate Foreign Relations committee on Thursday, February 16, the day after Israeli Prime Minister Benjamin Netanyahu meets with President Trump in Washington DC. RSVP: Facebook Event.

In order to be confirmed, Friedman needs 11 of the 21 Senators in the Foreign Relations Committee to vote for him. To prevent this, we need at least one Republican Senator to vote against him. Our best chance is Kentucky Senator Rand Paul, who has an anti-interventionist position. Senator Paul has not released a statement regarding Friedman. Please call Rand Paul at his DC office 202-224-4343 and his Kentucky office 270-782-8303.

There will be protests across the US while Trump and Netanyahu are meeting in DC. I will lead one at the US Embassy in Tel Aviv, along with the Israeli organizations Coalition of Women for Peace and the All That’s Left Collective. Can you join us in DC or attend one of the protests being planned around the US or in Tel Aviv? For help organizing a protest in another city contact [email protected].

On February 19, the trials of Palestinian human right defender, Issa Amro of Hebron, will continue, with 18 bogus charges related to his human rights work. He is at risk of going to prison for years simply for campaigning nonviolently for Palestinian human rights. Issa spends his life fighting for human rights and equality. The appointment of David Friedman will make his struggle immensely harder. For the sake of Issa, and for the sake of all Palestinians, Israelis, and all people around the world, please help us stop Friedman from becoming US ambassador to Israel.

Working for peace in occupied Palestine,
Ariel, Tanya (Coalition of Women for Peace), Issa (Youth Against Settlements) and the entire CODEPINK team