October 9th marked the two-month anniversary of the murder of Michael Brown Jr., his body left to decay in the hot, summer sun for 4 hours and 42 minutes before finally being peeled off of the pavement and thrown into the back of an unmarked SUV. The evening before this anniversary, supporters from across the U.S. began to fill St. Louis area churches, homes, hotels, and streets, to show their solidarity with local organizers on their 61st day of protest.  They would later be greeted with the news that VonDeritt Myers Jr., another black teen, had been killed at the hands of the St. Louis police department.

In cities and towns across America, protests continue, many of which are being planned to coincide with October 22nd, the National Day Against Police Violence. On the other side of the world, in Palestine, some of the earliest displays of support for Ferguson protesters came from young people engaged in their own fight for liberation and against violence based in systemic racism and oppression. It is understandable however, that many engaged in liberation work question whether this moment will become the powerful catalyst of a burgeoning movement, or like so many before, simply be a ripple pushing back against the tide of capitalist white supremacist heteropatriarchal imperialism.

We've experienced the empowerment of convergence around causes and moments that have provided us with increased optimism but eventual frustration, as what we hope to be the sprouting seed of movement proves to be moment. There are, however, real signs of commitment to continued struggle: a new generation of young leaders building connections that go beyond our individual experiences, based in an intersectional understanding of oppression and the coordinated effort needed to battle it.

Throughout the Weekend of Resistance, the expected happened. People took to the streets in anger, frustration, rebellion, and solidarity. The unexpected happened as well. Sunday evening—hours into a program that featured many long-respected voices from a number of denominations of faith, as well as organizations including the NAACP—the youth who had been fired up and in the streets for 65 days stood up and made it clear they couldn't couldn't take any more of the endless talk about peace without plans for action. The voices of the establishment drowning out the work they had been doing in the streets, day and night, month building upon month. Those that were there saw a moment of appreciation both from the young toward the elders, as well as from the elders toward the young. As the youth in the audience who stood up expressing their frustration had come hoping to hear a blueprint for action from their elders, they began insisting that they would no longer sit silently through well-worded rhetoric that ignored the realities and urgency of the struggle they fight daily in protests—a struggle they had long been fighting through their lived experience.

In response, those long-recognized as movement leaders stood up, exiting the stage to hand over their seats, no doubt with understanding that this yielding of the floor was largely symbolic. The youth were already shaping the fight for their future. This was a moment of realization that no longer would the politics of respectability be allowed to silence the need for respect.

The final note was heard when Rev. Osagyefo Sekou—for whom a mutual respect had been cemented in being side-by-side with the youth in the streets from the beginning of the Ferguson uprising—began to close the event with a call for folks to join in an action for the following day. His intended call to action was interrupted by a young woman demanding they not wait for tomorrow. We marched through the South Side that night, finally taking and holding space on the largely white campus of St. Louis University. We would bring the fight that had been fought almost exclusively in communities of color to the clock-towered square of those whose privilege made it all too easy to ignore the systemic violence being wrought on marginalized communities.

Even before this clear passing of the baton, the prioritizing of movement over moment was visible in national organizing meetings arranged by Black Life Matters, a trans teach-in from the Missouri Gay-Straight Alliance (GSA) Network, numerous trainings on civil disobedience by Hands Up United, NVDA trainings by the Ruckus Society, trainings on legal observing from the American Civil Liberties Union and the National Lawyers Guild, and many more offerings from a number of inspiring groups. The tone is clearly not one of “How do we make this weekend grand?” but “How do we connect our struggles toward collective liberation? How do we connect the struggles of U.S. residents in their individual towns and varied experiences? How do we connect the struggles of folks experiencing oppression abroad? How do we raise up the voices of all those oppressed within a system that is dependent upon the subjugation and division of people?” All these conversations took place in spaces led largely by young black women.

As Dr. Cornel West and Rev. Sekou had penned in their recent article published in Ebony, “This new generation has an intersectional analysis, grassroots legitimacy, intergenerational connections, social media savvy, and above all prophetic rage.” Many have come to understand that what we have is not a problem with police brutality alone. We have a human rights crisis. Black and brown communities in the U.S., much like Palestinians in occupied Palestine, and marginalized peoples throughout the world—are not regarded as deserving of human protection or dignity by the police, prosecutors, courts, media, or politicians.

Affected communities are drawing the parallels between the realities of oppression and doing the necessary work to build unified resistance. Recent events have highlighted these connections, where we have seen local police departments ramping up with tools of war provided by the same U.S. military that arms Israeli forces against the Palestinians and continues to carry out violent action

throughout the world for capitalistic gain. The action taking place in the street is only the most visible and recordable sign of the work being done in smaller, more intimate spaces––the work of confronting interpersonal and internalized forms of oppression, and the work of feeding the fire to speak truth to power and confront structural, institutional, and systemic forms of oppression and violence.

The understanding is growing that we can not successfully overcome oppression and violence targeted at groups marginalized because of their race, gender, sexual orientation, age, religion or other socially meaningful perceived or adopted identity—without recognizing that our liberation is either collective or it is non-existent. The world we are fighting for belongs to the youths of this generation and of those to come. They are justly taking the reigns and the leadership. Making a moment into a movement will require planning beyond the day, and centering the voices most affected and with the largest stake. It's time to lead by example, without hesitating to get out of the way. 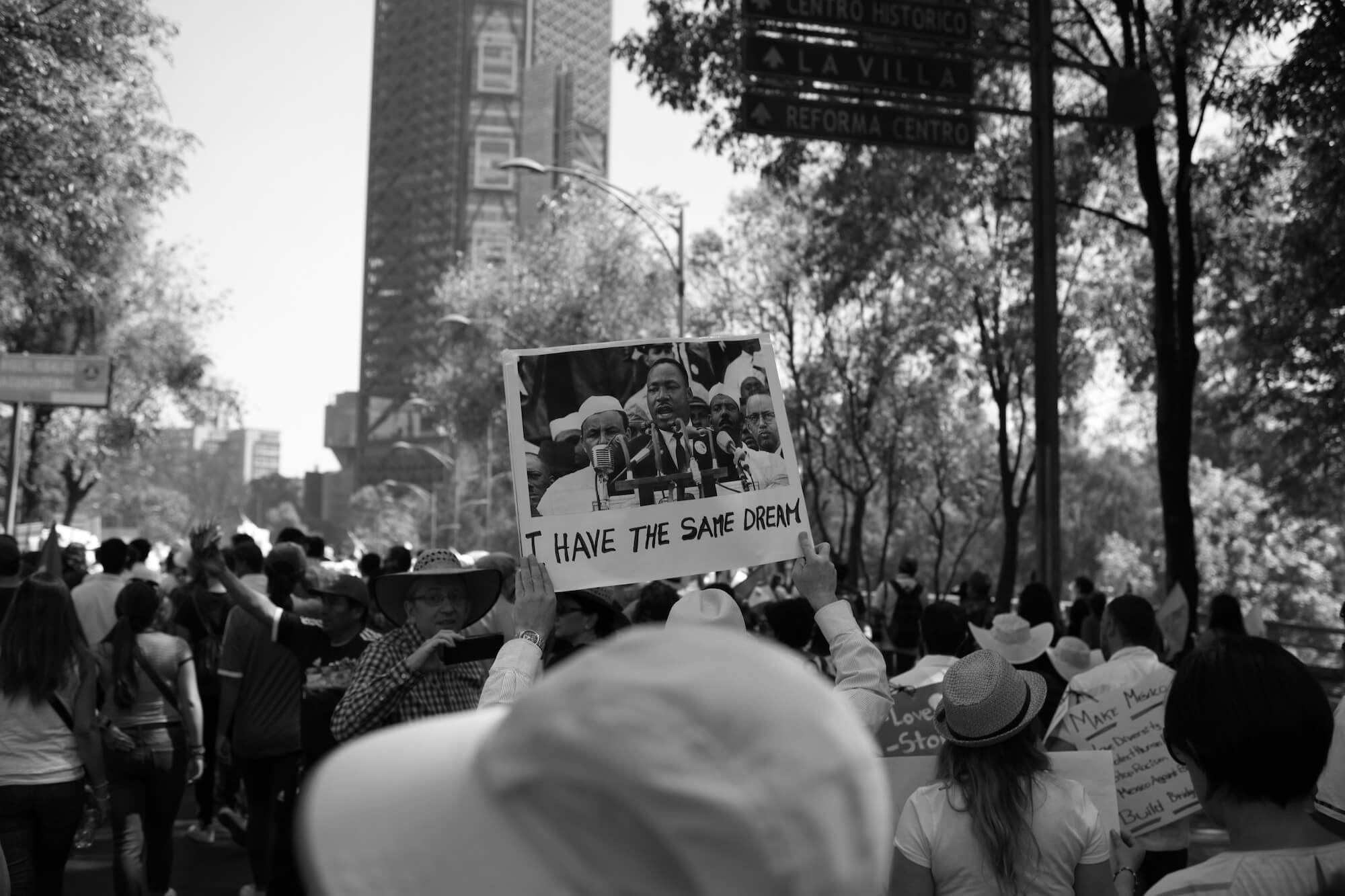 Rise of the Warrior Cop: Is it time to reconsider the militarization of American policing? By Radley Balko 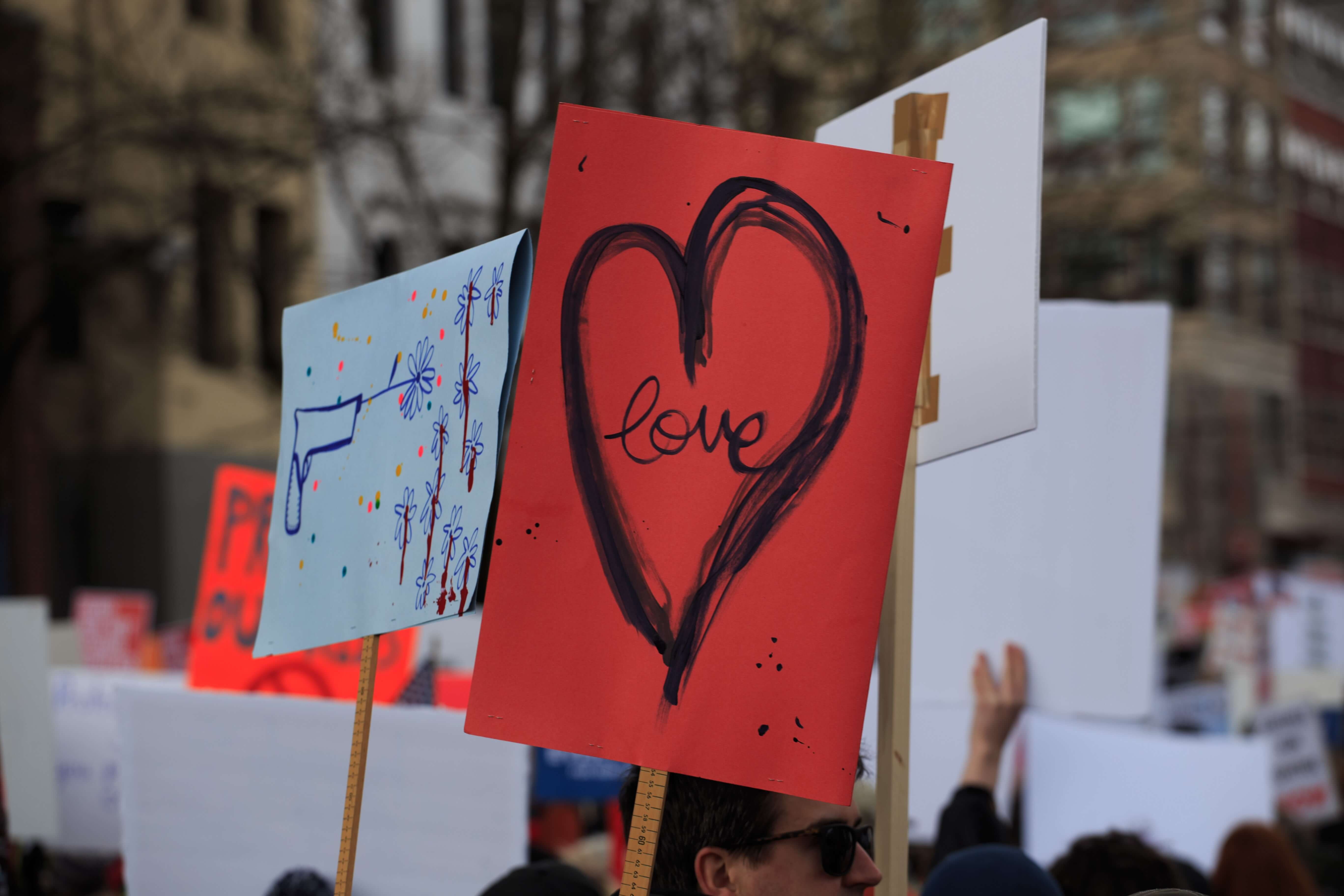 "LIVE" by Matre and Embassy Live