March will mark 50 years since the historic civil rights march from Selma to Montgomery, Alabama. For many, thoughts will turn to the likenesses and dissimilarities between the current Social Justice movement, and the historic civil-rights movement.

The obvious is true. What Dr King held up as the three evils remain prevalent today. Racism, poverty, and militarism. We call these evils to account in our cry that 'Black Lives Matter'.

The social justice movement of today is one that has learned from those that came before it. We have seen leaders of the past who have been malleable in their support of the people, and we have seen leaders  targeted in efforts to break our unity and resolve. In response, today's social justice movement is not dependent upon traditional figure heads. Of course the media, in its need for sound bites and figureheads, will seek out and find those who will play the role.  The foundation of the movement will however not be available in a VINE or meme.   Today, the day to day work takes place in homes, churches, public spaces, city council meetings, and even the halls of Congress.

Reverend Yearwood of the Hip-Hop Caucus is often quoted as saying "Demonstration without Legislation leads to Frustration." Though many who identify with the current social justice movement have expressed a lack of trust and confidence with elected representatives, there are those who still hold out hope that their representatives will hear the cries of the thousands who have taken to the street and take action.  There are also those who see recent events as an all too clear message that the need for larger systemic change is dire, but that we can not ignore current systems of power, and to the extent possible we must utilize them to affect that change.

Those who hold the latter opinions point out that on the local, state, and federal level our non-violent direct action is affecting bills and resolutions to stop police militarization, protect civil liberties, and address implicit and explicit bias in our criminal system. As organizing continues to build toward greater respect for freedom and against the three evils, we must take moments to acknowledge the ongoing and achieved progress.

Across the country residents have been able to begin the demilitarization of their  communities. As a result of public concern local officials have ordered the police in Davis California, as well as the San Diego Unified School District, to return armored vehicles received from the Department of Defense. In Davis, public resistance around the armored vehicle acquired by the police department resulted in the City Council voting 3-2 that the police must return the equipment.

San Diego USD is not the only school district with 'excess' DoD weapons and machinery. Over 26 school districts and 117 universities have received weapons through the Department of Defense 1033 Program. While most have not returned equipment, Los Angeles Unified School District (USD) did decide to return three grenade launchers. Local organizers continue to push LA USD to return 60 assault rifles and a Mine Resistant Ambush Protected Armored Vehicle (MRAP).

Peace Group CODEPINK has launched Communities Organizing to Demilitarize Enforcement (CODE), a campaign to support communities in addressing the continuing crisis of police brutality, murder and militarization.  Along with encouraging members of the US Conference of Mayors to adopt a demilitarization resolution, CODE's aim is to support community residents in drafting local resolutions to identify and prohibit the use and acquisition of military gear not suitable to the mission of community policing. Toni Ann Rozsahegyi a local leader with CODEPINK Cleveland, and one of the organizers leading the way in pursuing local demilitarization legislation, says "It's a win win for the city of Cleveland. Passing a resolution not to purchase or use military grade weapons shows a good will toward the community, [and] ensures civil rights of the people are protected." Rozsahegyi also points out that "Demilitarization is a fiscally responsible move by local government because it protects the city and law enforcement from potential lawsuits from weapons considered outside the norm of local law enforcement."  The latter is especially pressing as participation in the DoD's 1033 program requires that law enforcement agencies show need by using procured equipment within one year of receipt.  This rule has contributed to the increase in no-knock raids by SWAT teams across the nation.  Many of these raids have taken place in cases where no expectation of armed resistance existed. These ambush style raids often result in injuries to residents as well as law enforcement officers.

As the FAA and Federal Government continue to wrestle with the logistical and constitutional ramifications of domestic drone usage, and the Department of Homeland Security increases the rate at which they loan their fleet of overpriced, and ineffective, drones to local law enforcement, nine states have taken it upon themselves to pass anti-drone legislation.  While the guidelines and protections vary from state to state the underlying concern shows a recognition of public distrust in law enforcements respect for residents rights.

Currently, 95% of cases brought to grand juries nationwide end in indictment. Yet less than 3% of cases involving police misconduct or murder end in indictment. Given that police officers are ordinary citizens charged with the task of performing a particular civic function, law enforcement, we must ask ourselves what is behind the huge discrepancy in indictments of police officers and the rest of us. For many the answer is clear.  The Grand Jury, by design a process that happens in secret and largely controlled by prosecutors, is subject to prosecutorial bias. As law Enforcement officials themselves prosecutors are dependent upon the local police to execute their duties, and on police unions to gain their positions.

During Dr. Kings civil rights movement Grand Jury bias was due to the inability for blacks to serve as jurors, as only registered voters were eligible. Jim Crow Laws denied blacks the right to vote over huge swaths of the nation. Today a new Jim Crow continues, where prosecutors symbiotically entwined with police departments that do not resemble the communities they patrol, hold sway over Grand Juries.

H.R. 429, a Grand Jury Reform bill introduced by Congressman Hank  Johnson, would require local prosecutors to notify the governor in cases of deadly force. The governor would then have three days to assign a special prosecutor from a pool of all elected prosecutors within the state.  Johnson's bill presumes that prosecutors who do not have the same level of bias for the specific police department involved would offer less biased hearings.   Though these hearings would only be advisory.

Critics on the left while likely to see this as a positive step in the right direction, will likely point out that this effort will not account for political pressure from police in the special prosecutors locale rooted in fraternity, The advisory status of the hearings still leaves it in the hands of the local prosecutor to take action, and that political pressures aside the bill falls short of addressing police misconduct short of murder.

While the answers will be told in a history not yet written, todays freedom fighters continue not just to debate, but to take action, in their homes, in the streets, and in the halls of power. The answer will likely not come exclusively through the acts of elected officials, but through using a diversity of tactics affecting legislative power, corporate finance, and the disruption of buisness as usual. One thing is for sure...

"Change is realized by those who actually take the first concrete step, not those who theorize about the 200th step." - T. Roosevelt

Rise of the Warrior Cop: Is it time to reconsider the militarization of American policing? By Radley Balko

"LIVE" by Matre and Embassy Live 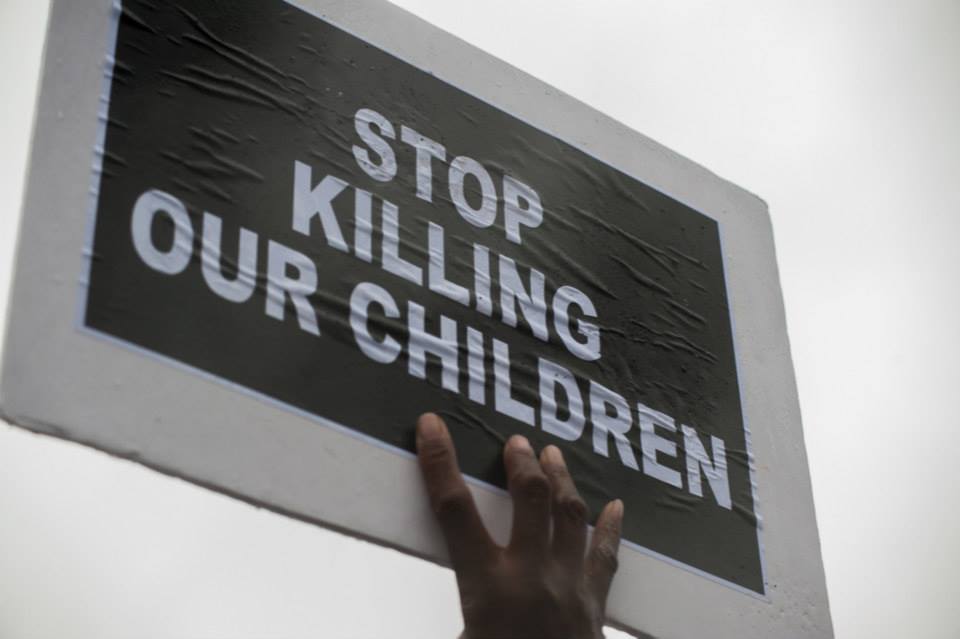 The understanding is growing that we can...