Film Screening - Making a Killing: Guns, Greed and the NRA

Brave New Films released a new feature film, Making a Killing: Guns, Greed, and the NRA, that tells the stories of five families and communities affected by gun violence and covers the issues of domestic violence and background checks, suicide and waiting periods, unintentional shootings and safety solutions, mass shootings and mass ammunition sales, and trafficking and the need for stronger corporate accountability and federal laws around gun sales. 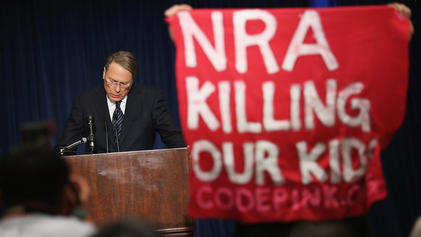 The film is entirely FREE and aims to do two main things:
There are 3 main ways to get involved in screening the film, which you can sign-up for here:

We encourage you to use this opportunity to gather in community and discuss the ways you can play a role in changing the conversation around guns and violence in this country.