Emergency at Venezuelan Embassy, D.C.: Activists Demand Electricity and Water Be Turned Back On — Press Conference 1pm Today, May 9

Last night, the Potomac Electric Power Company (PEPCO), assisted by the U.S. Secret Service, cut off electricity to the activists lawfully residing inside the Venezuelan Embassy in Washington, D.C, creating a dangerous emergency situation. This was done despite utility bills being fully paid by the owners of the building, which is the legitimate government of Venezuela, and despite the fact that the activists inside are invited guests of the Venezuelan government.

Activists have been residing inside the Venezuelan Embassy since mid-April to protect it from takeover by opposition forces as part of the U.S. orchestrated coup. Organized by CODEPINK, Answer Coalition, and Popular Resistance, they formed the Embassy Protection Collective. They are demanding that the electricity and water be turned back on, and that food and medicines be allowed inside.

Since May 1, the building — with the activists inside — has been besieged by a violent mob of Guaidó supporters, who have been preventing food, medicine, and supplies from entering with support from the U.S. Secret Service. the Secret Service and D.C. police are refusing to make arrests or ensure safety when peaceful activists outside the building are verbally and physically assaulted by the Guaidó supporters, or when they try to deliver food into the people inside.

At 1pm today the activists outside and inside the building will hold a press conference to address the situation and demand that U.S. authorities turn utilities back on. Cutting off water and electricity — with utility bills paid in full — is illegal and immoral.

CODEPINK is appalled at the administration’s violations of human rights  — denying access to food, water, and electricity, allowing violent physical assaults to take place  — and the administration’s violation of the Vienna Conventions on Diplomatic Relations, which stipulate that diplomatic premises are inviolable. Maduro is the UN-recognized president, not Guaidó. Guaidó representatives have no right to the embassy. They cannot provide any diplomatic or consular services because they have no power inside Venezuela.

The Embassy Protection Collective calls on the Trump administration to either return the Embassy back into the hands of the elected Maduro government or to turn it over to a third country as a protectorate.

“It is totally ILLEGAL and dangerous for the U.S. cut off water and electricity, deny access to food, to those of us residing lawfully inside the embassy building as guests of the Venezuelan government. It would also be Contact:illegal and dangerous to hand over the keys of the embassy to an unelected opposition,” said CODEPINK Paki Weiland. “I believe in peace and the rule of law, and we are the legal tenants of this Embassy with permission from the Venezuelan government. There is no reason why the U.S. administration and police presence should be assisting the opposition’s attempts to starve us out of the building.”

“The violence and denial of access to food and water taking place at the Venezuelan Embassy in D.C. is a microcosm of the what is taking place in Venezuela as the U.S. continues to try and orchestrate a coup,” said co-founder of CODEPINK Medea Benjamin. “It is dangerous and appalling. The U.S. administration must immediately turn water and electricity back on, allow food into the building, and protect activists outside from being physically assaulted.” 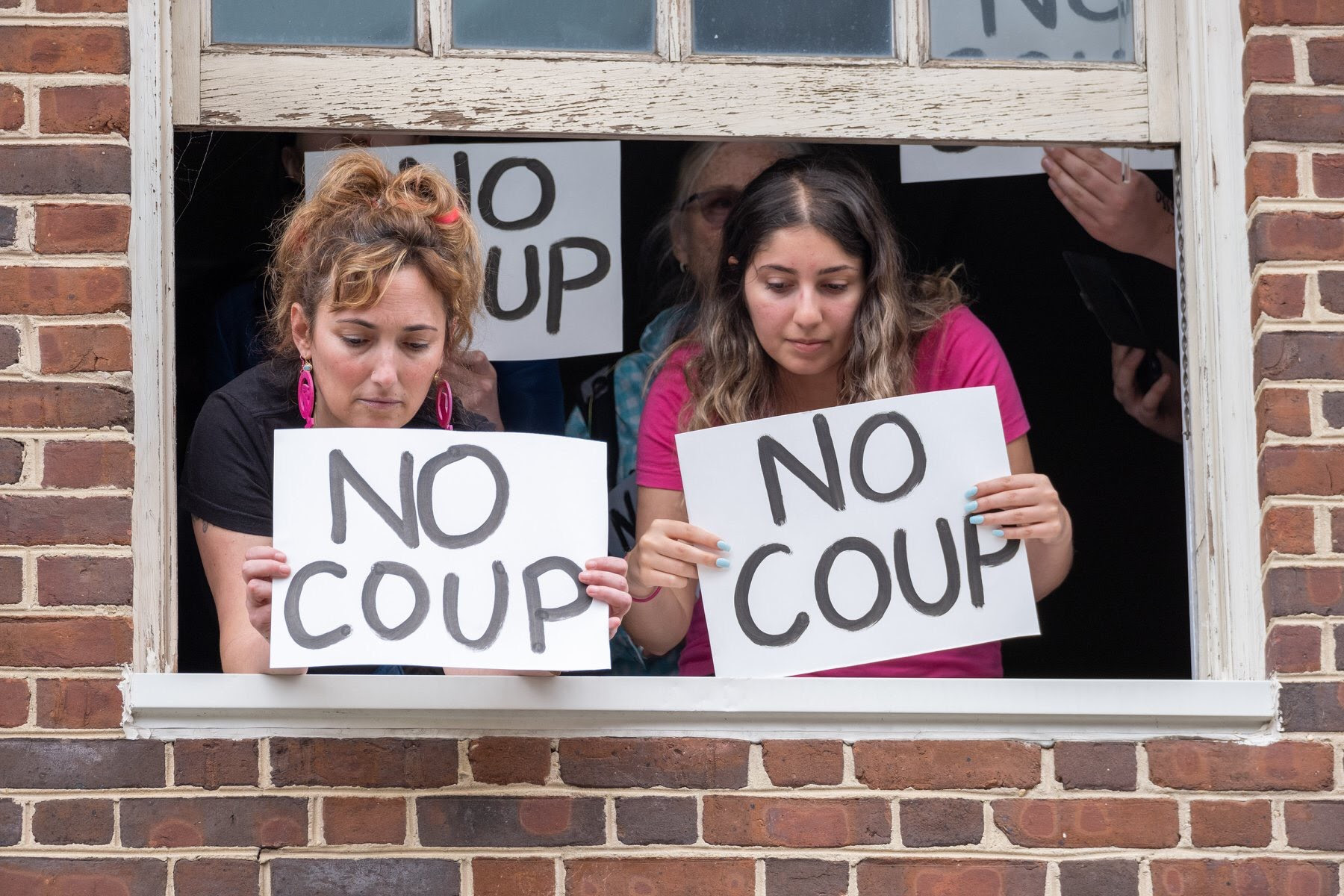